Cryptocurrency in 2020-2021 and in 2017-2018 momentarily allowed otherwise non-technically savvy, average-IQ, non-college educated people to quickly make a lot of money, at least on paper, way more money than professionals who have degrees. It had seemed like they had stumbled upon some new paradigm of wealth creation. But as I and others knew, it would be short-lived, and sure enough Bitcoin and Ethereum have fallen 75% off their highs in 2021, with still no bottom in sight (and this was before the FTX collapse). The price of Bitcoin is unchanged since December 2017, so a big fat zero for all that hype.

Meanwhile despite a small setback in 2022, tech salaries keep going up. Someone who got a job at Google (or any other other tech job) starting in 2020 made way more money over the past 2 years than someone who invested in Bitcoin. The same applies to any white collar job. The college wage premium is still the highest it’s ever been and shows no signs of narrowing, even in spite of high inflation, Covid, the rise of online learning, coding bootcamps, and growing public awareness of a possible student loan bubble.

Sure, comparing crypto to wages is not an apples-to-apples comparison, but one of the major benefit of wages, for any job (not just tech), is that accumulated wages is a monotonically increasing function, compared to the whipsaw-action of asset prices and speculation. It’s funny when people talk about investing wages into crypto as way to get rich. Maybe just focus on the ‘earning more wages’ aspect, and less on the crypto part? If you look at Reddit subs devoted to early retirement or wealth accumulation, such as r/fatfire, r/investing, or/financialindependence, few people got there with speculation or hustles, but rather with the unsexy college-to-career pipeline. Some struck it big with startups or grew their capital with investing, but they all still developed a strong financial base with a good-paying career, and then invested said earnings into quality investments over at least a decade timeframe, such as real estate and or index funds.

I hate the 4-year degree hegemony as much as anyone else. Even through a college degree does have a positive ROI, I still think it’s wrong that young people have to go tens of thousands of dollars into debt for what is effectively a ticket to the middle class. [Current U.S. student loan debt stands at $1.75 trillion as of writing this.] I wish it was feasible for average people to get rich, or at least attain a middle class income, with side hustles, gigs, or other college alternatives. Yet we keep seeing over and over, these overhyped hustles and short-cuts to wealth keep falling way short. The world is too competitive and difficult for hustles to stand a chance against the college-to-career pipeline.

Just when it it seems like “X” (be it cryptocurrency, day trading/meme stocks, NFTs, self-publishing on Amazon, Beanie Babies, reselling shoes, drop-shipping, construction, fracking, home flipping, etc.) is finally that promised shortcut to success, the rug gets pulled out. The rug pull meme does not just apply to cryptocurrency scams, but anything that seems too good to be true or a shortcut to success, that suddenly stops working. For example, GME/AMC, which in early 2021 saw similar hype comparable to crypto as being a ticket to instant wealth, both stocks are 70% and 90% off their highs respectively, with most speculators losing money. Those stupid NFT apes? Down 90%.

Some of the most overhyped investments of 2021 are down 50-80% in 2022, those being Bitcoin, AMC, GameStop, MicroStrategy, and Cathie Wood’s Ark Innovation fund: 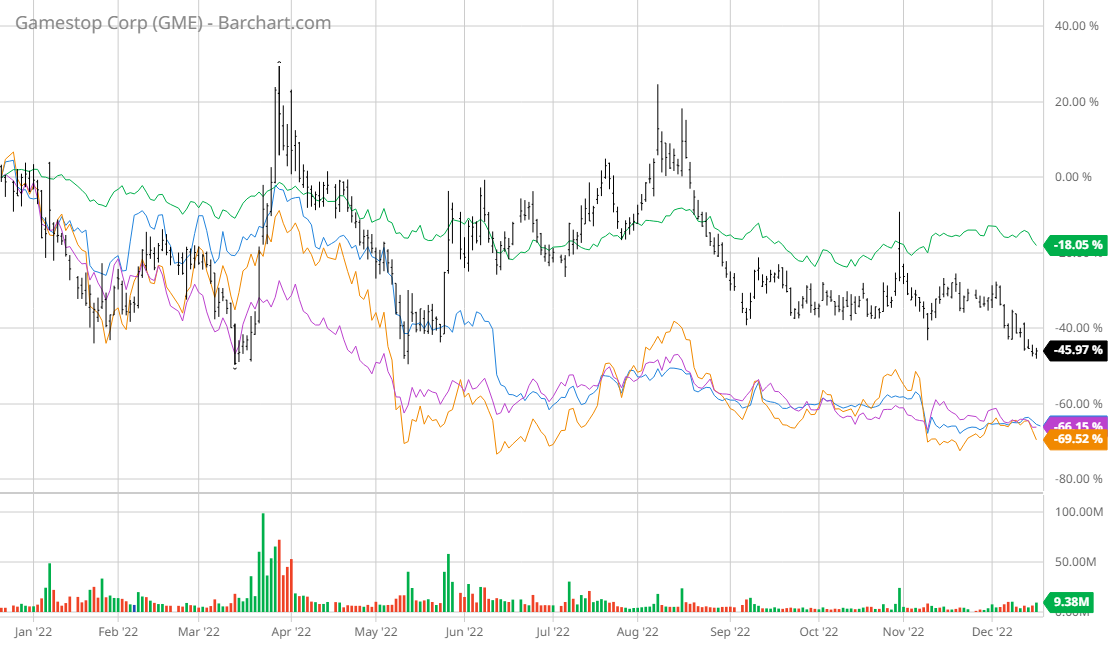 And of course, FTX, which is now close to worthless:

People got burned in multiple ways with this, either by having their assets frozen due to insolvency of the FTX exchange, or the FTT token (which is tied to FTX) becoming worthless.

This is just the tip of the fraud-laden, get-poor-fast world of crypto. Coffeezilla recently put out a video about Logan Paul’s NFT scams:

Same for Andrew Tate’s ‘Hustlers University’ program, which over the past year has made Andrew Tate wealthy. Its subscribers who are paying $50/month in the hope of becoming balding exemplars of masculinity and material success? Not so much.

There are just not enough lifeboats for everyone to make it at the hustle game. For someone to get rich with crypto, Amazon-Alibaba arbitrage/drop-shipping, or reselling Air Jordans, it necessitates that there will always be someone else willing to pay at a higher price. But the problem is, markets get saturated fast. If 10 times more people are doing the same hustle, either there needs to be 10x more buyers willing to pay inflated prices for shoes or crypto, or profits will fall by 90% (or in microeconomic parlance, marginal profits eventually fall to zero in frictionless markets). Or in other words, ‘rug pulls’ are an inevitable outcome of easily saturated, low-value creation markets with low barriers to entry.

With stocks, unlike crypto, shareholder value in the form of profits and cashflows at least provides a gradual rising floor, but obviously stocks can become grossly overvalued or overshoot and come crashing back down, as many GME investors learned all too well. If speculation is as simple as opening a Robinhood account, depositing some money, and making a few clicks, then similar to ‘shoe arbitrage’, it does not take long for markets to reach a maximum saturation point.

The boring old college degree has still resisted the trend of oversaturation seen elsewhere. High-IQ wealth, such as expensive real estate and white-collar work, is much more stable compared to low/average-IQ wealth, which tends to be more volatile or fleeting. For example, the fracking industry boomed in 2014-2015, and folded just as quickly, never to recover. Same for the housing/construction boom in 2003-2006, which in 2008 also met its abrupt demise, again, never to fully recover. Similar to crypto, high school grads earned good money with these jobs, even comparable to white collar work, if only at least temporarily. And just as fast, it all evaporated. Meanwhile, those tech salaries keep going up and up, with just a slight hiccup in 2000-2003 and 2008, and are immune to high inflation or low inflation, whereas low-skilled labor tends lag inflation or only beat it slightly (and low-skilled jobs tend to be the first to go during recessions).

As shown below, construction jobs never fully recovered, even though home prices have: 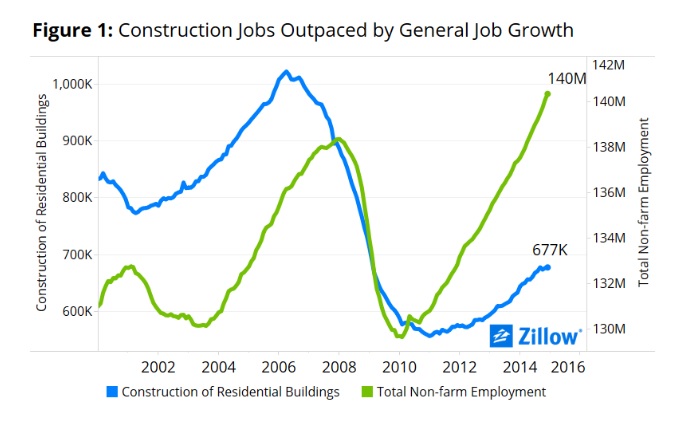 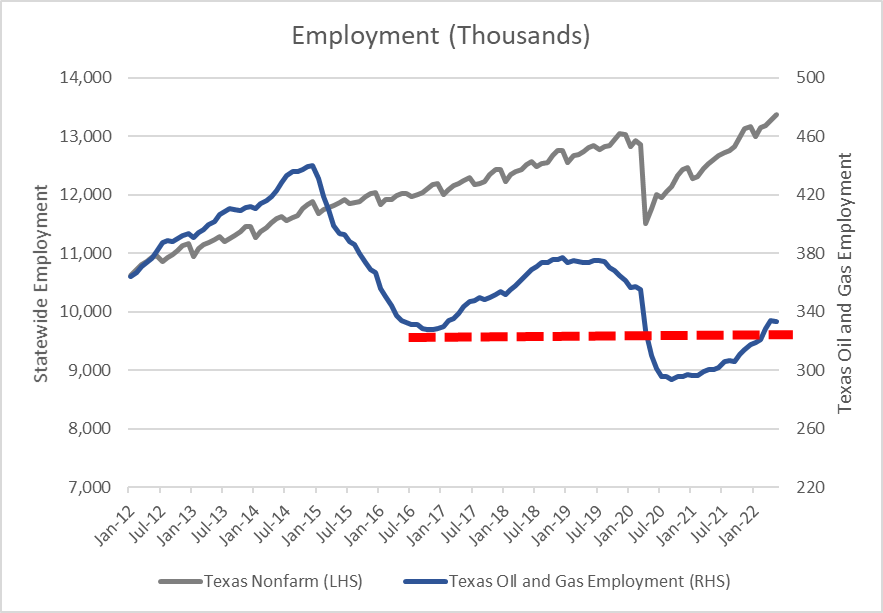 Good coders have, and likely always will, be in short supply. Same for doctors, consultants, and lawyers. These are professions which benefit from overall strong growth of the US economy, which has exceeded its foreign peers (Europe continues to lag, 14 years after the 2008 crisis), and the ability of top talent to command outsized salaries, which you don’t see with other jobs. The top lawyer, top quant, or top plastic surgeon can name his or her price, unlike the ‘top retail clerk’. The era of trillion-dollar tech companies and hundred-billion-dollar firms that blur the lines between tech and finance, such as Mastercard, BlackRock, and Visa, means higher stakes than ever for attracting top talent. Multinationals, especially in tech, have grown far faster relative to GDP. The top 5 tech companies in the US were at one point in 2022 collectively worth $7 trillion, a 5-10x gain from a decade ago, compared to GDP only being up 40% in that same period. Same for relative to composition of the S&P 500: 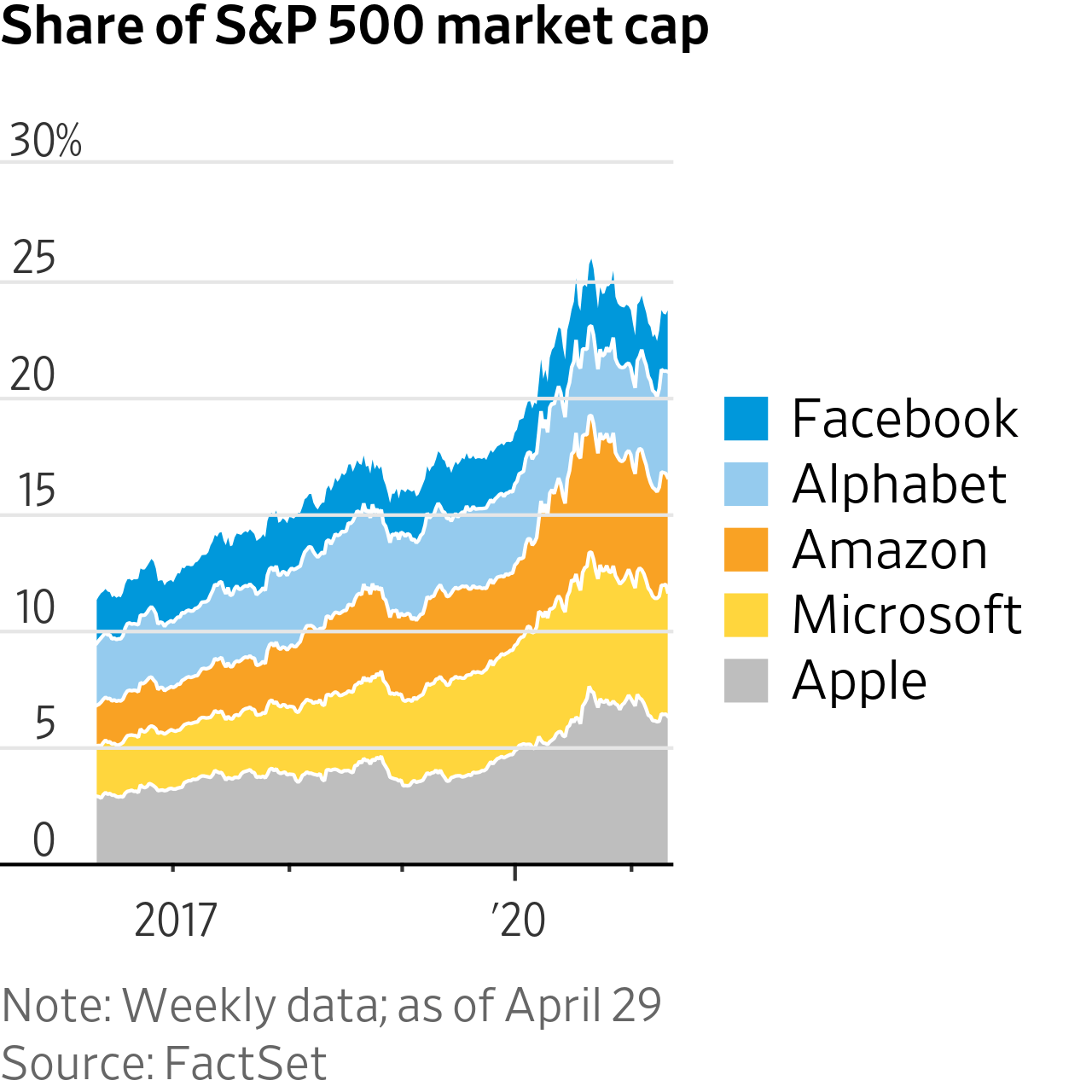 Online and app-based payment processing has boomed since 2014, such as Square and Stripe. Same for cloud hosting and remote work, such as AWS/Amazon, Salesforce, and Slack. The difference between being a few weeks late or early for such competitive and enormous markets, such as video (e.g. YouTube vs. Instagram vs. TikTok) can make the difference between winning or losing out on hundreds of billions of dollars of potential market share, amplified by network effects and winner-take-all markets, which creates another layer of urgency, hence why coders earn so much, in order to get these products developed under such exacting time constraints.

Overall, the higher the barriers of entry to participation, the more likely gains the will hold, and also more resistance to overall macro trends. Low-skilled work tends to be the most sensitive to external macro factors, such as boom and bust cycles. Going back to microeconomics again, college degrees are much more impervious to oversaturation, probably due to market friction and inefficiency: the time, cost, and IQ required to get a degree excludes enough people from entering, unlike hustles, which become saturated and diluted too fast.

Second, a college degree is a signifier of competence (so-called signaling theory) which justifies higher wages. This is different from arbitrage, which rewards timing, such as being early. Arbitrage is inherently zero-sum, but large companies paying college grads more money in order to attract talent, which boosts economic growth and corporate profits, represents value creation and a net-gain for employers even though there is a lot of student loan debt and ‘useless degrees’. Yes, ‘value creation’ has become an empty corporate buzzword, but value is something which tends to be more permanent, not ephemeral like speculation. Despite as many as 40% of Americans having at least a 4-year degree, the college wage premium keeps widening (even after accounting for student loan debt), showing no indication of saturation.

I think this is also why Substack has resisted saturation, unlike most hustles. The Susbstack ‘boom’ began three years ago, in early 2020 during Covid. Widespread tech and media censorship against non-mainstream Covid viewpoints had created demand for uncensored, pro-free speech alternative platforms such as Substack. Unlike crypto, which quickly gave up its gains, Substack authors, three years later, are earning more than ever before. There is no indication of subscriber or writer fatigue despite the media predicting the unsustainability of the Substack subscriber model. So why is this? I think likely it’s because the cognitive barriers to entry for success at Substack are high enough to prevent too many people from entering. Success at Substack likely requires top 1% verbal IQ and writing ability, which weeds out almost all of the competition.