As predicted two days ago, BTC is crashing, down 10% today and 10% yesterday. This is partly due to FTX exchange possibly being close to insolvency. 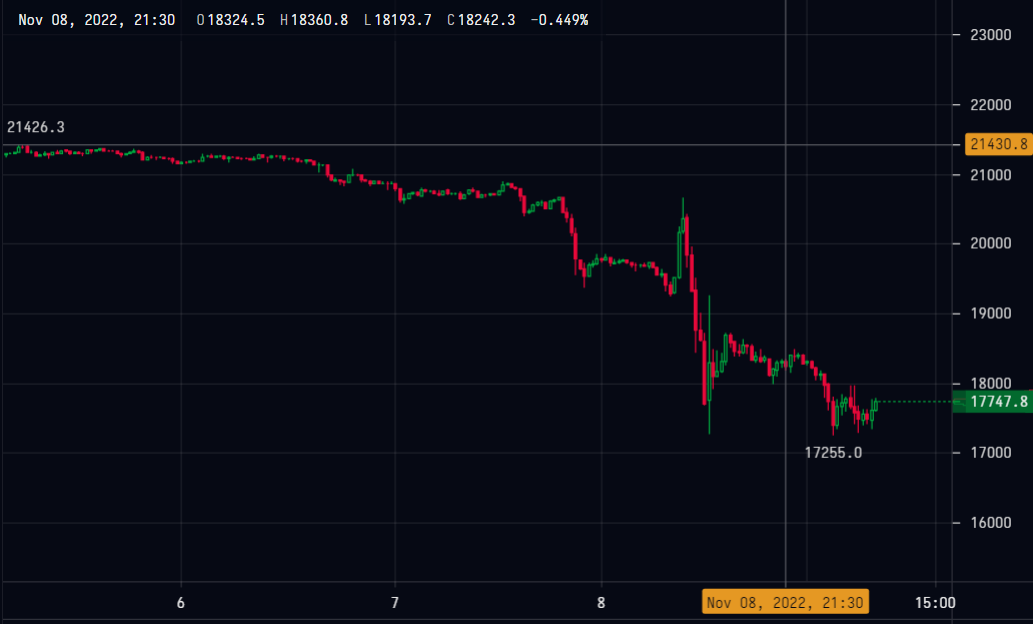 I’m too lazy to update the above chart but it’s down another 1,000 point since I took the screenshot.

Just as facts (still) don’t care about your feelings, I’m still one of the best investors and forecasters ever and smartest people. And to quote Larry David in the FTX ad, “I’m never wrong about this stuff.”

Taleb covered his short 3 weeks ago at 19500. As I said, he was way premature and left a lot of money on the table. It has fallen 3,000 point since that tweet (that’s why I’m among the smartest and he isn’t):

[Closed my #BTC short. No reason. Will think abt it later]

Always do the opposite of what popular Twitter people say. Competence is generally inversely proportional to social media followers count and media attention.

The smoothness and convexity stuff I wrote a month ago is coming true. So why does does it work so well? Time to get more technical.

AFIK, I am the first to apply geometric concepts such as smoothness and curvature to the financial markets, like scalar curvature, which provides new insight into the market microstructure than existing methods that use technical, quantitative, or fundamental analysis.

General relativity and QFT are separate theories, although they borrow from similar concepts, and merging the two is a longstanding problem. The stock market 1-d analogue resolves this, albeit for a toy model.

The idea is to go from buy & sell orders –> geometric framework, and then back again, from geometry –>> buy and sells . So we can take an existing stock or crypto chart and using this correspondence between volume and geometry on the boundary, extract the buys and sells to find additional properties that would otherwise be unknown, and to possibly extrapolate into the future a probability distribution of possible outcomes of where the stock or crypto may go in the short-term future, which must obey an equilibrium condition. The output is a length-minimizing path with Dirichlet boundary conditions, similar to D-branes, and produces a trajectory of the hypothetical path that traces a concave, linear, or convex arc of the stock, commodity, or crypto.

A simplified version of my equations, using lines instead of more general Bezier-like arcs, derives an empirically-robust finding in quantitative finance which otherwise has no mathematical explanation. The probability distribution function also produces ‘fat tails’ without the need for an additional tails parameter, while still being a normal distribution, hence it can be described by the heat equation and obeys risk neutrality condition of options pricing (fat tailed models need more complicated PDFs in order to ensure no-arbitrage). Usually to generate fat tails requires additional parameters or violates risk neutrality.

REALITY
As we saw w/Twitter, w/rates >0, tech companies can no longer cover negative cash flow with "funding".
Persistent tech unemployment will be reality.

The only entities that can live w/negative cash flow are governments.

Get that job when you can. https://t.co/VaDVXZlV18

He’s ignoring that tech companies boomed in the 80s and 90s against a backdrop of interest rates in the 5-7% range, even higher than today. In the early ’80s there was a bubble in video games, which crashed in 1985 even as interest rates were falling. Same for the boom in personal computers, such as the success of the Apple 2, the Commodore 64, and the IBM 5150. This was during the late 70s and early 80s, when interest rates peaked at 15-20% and the US economy was in much worse shape than now. If investors expect to double their money in a year on the latest, hottest tech start-ups, what difference does it make if interest rates are at 1% or 6%?

Indeed, tech start-up funding exploded in the late 90s as Greenspan was ratcheting interest rates higher, yet investors were undeterred: 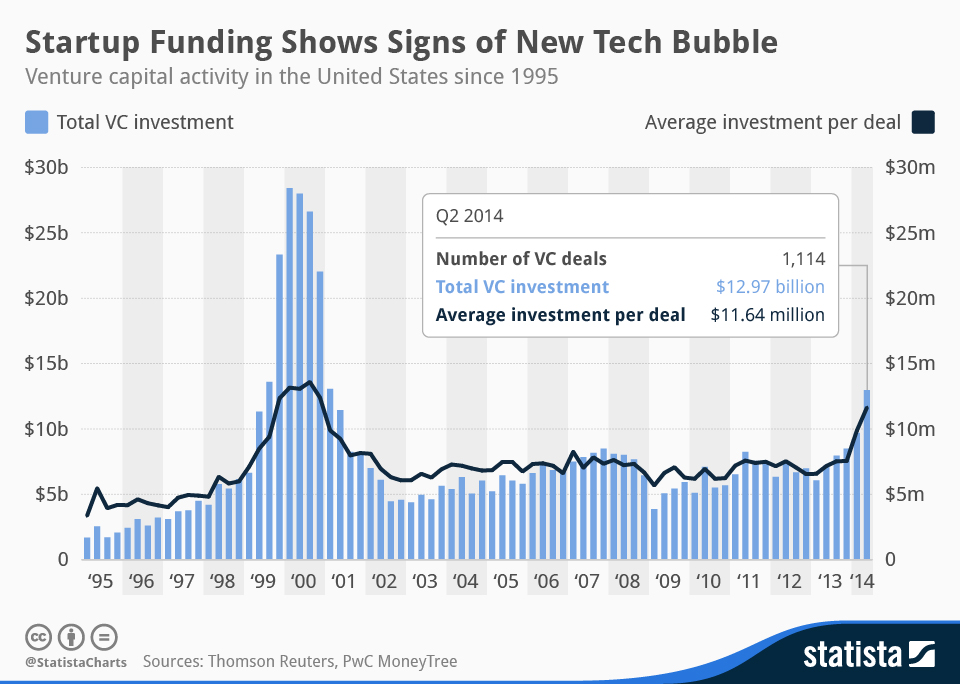 A single bad year, like 2022, is hardly enough to negate a decade of otherwise strong gains from 2010-2021. This is the ignoring the middle fallacy, in which one erroneously overlooks/ignores the accumulated gains in-between two endpoints. Someone who bough a home as recently as late 2020 would still be ahead today despite all the doom and gloom in the media and home prices finally falling a bit. Those who bought in 2014-2015, when I said to buy, would be up way more. Someone who got a job at Facebook or Google in 2017 would still have 5 year’s worth of salary accrued even if fired today. Accumulated wages are always monotonically increasing, so who cares if the industry or economy sours and you get fired; that is still money in the bank for every day that you are still employed. Investors using borrowed capital do have path dependency risk, and are at way higher risk than employees.