Bitcoin is still getting ready to dump.

Zooming in, you can see how the chart is choppy, which is the opposite of smooth, and preceded major price declines on multiple occasions, first at 30k, then 25k, and now at 21k:

The above screenshot was made over the weekend. Sure enough, on Monday, Bitcoin is down 2% today , dropping $500.

The ‘smoothness’ conditions I discussed earlier are nowhere in sight, which means much more downside. Maybe I will buy as soon as as these criteria are met, likely at below $3,000 or so. Just as geometry, such as manifolds, play a key part of theoretical physics , so does smoothness and concavity, which are geometric properties and can also be made mathematically precise in regard to stocks and crypto, except instead of higher-dimensional manifolds, the shape is 1 dimensional, that being the stock chart.

And Ark Innovation (Ticker: ARKK), managed by Cathie Wood, is rapidly going to zero too , as predicted In March 2022 (ARKK has fallen in half since then): 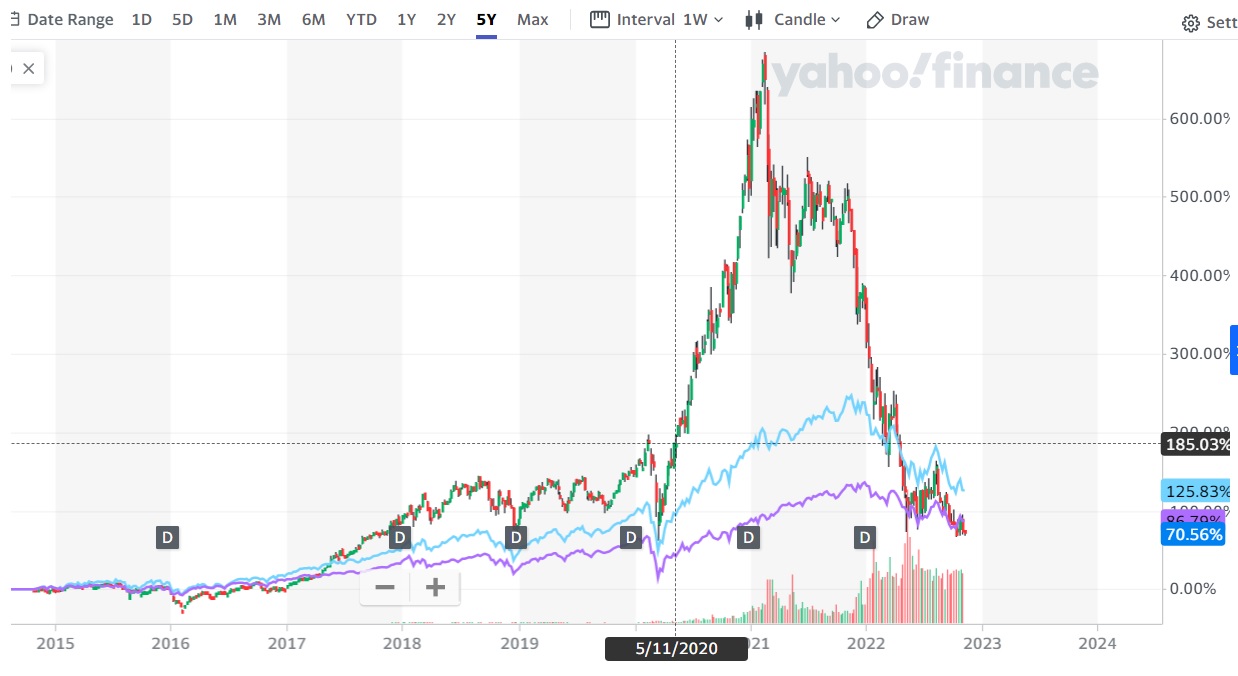 People wonder why the gender pay gap exists. The pay gap is really a just a competency gap or an IQ gap. It’s obvious, as I said before, that she has zero competence at her job and was/is the product of media hype. Just as the media was hyping Bitcoin too. The media is always wrong, and it’s not just limited to politics or Covid. The media is always promoting hoaxes, incompetent people, or bad investments.