For the past week, the media has been attributing a 15% price surge in Bitcoin to the ongoing Ukraine-Russia war, and how Russians are turning to Bitcoin as the Rubble collapses and various sanctions are imposed: 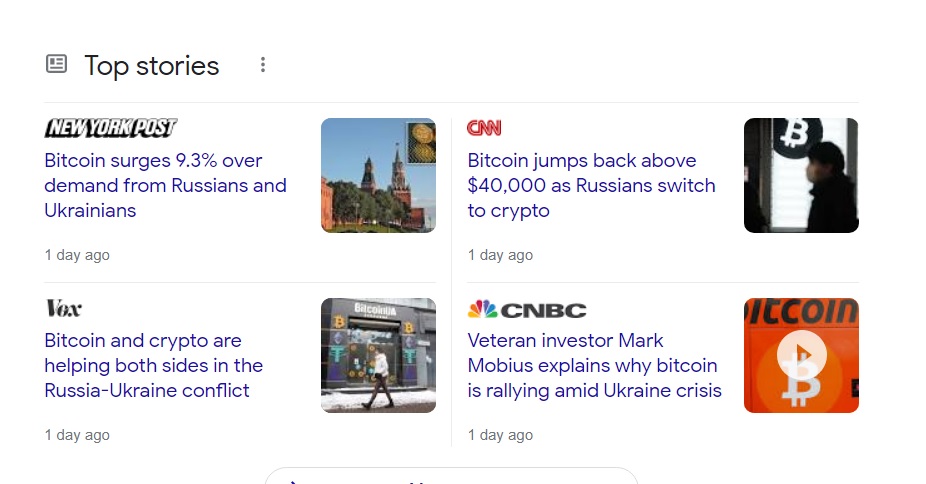 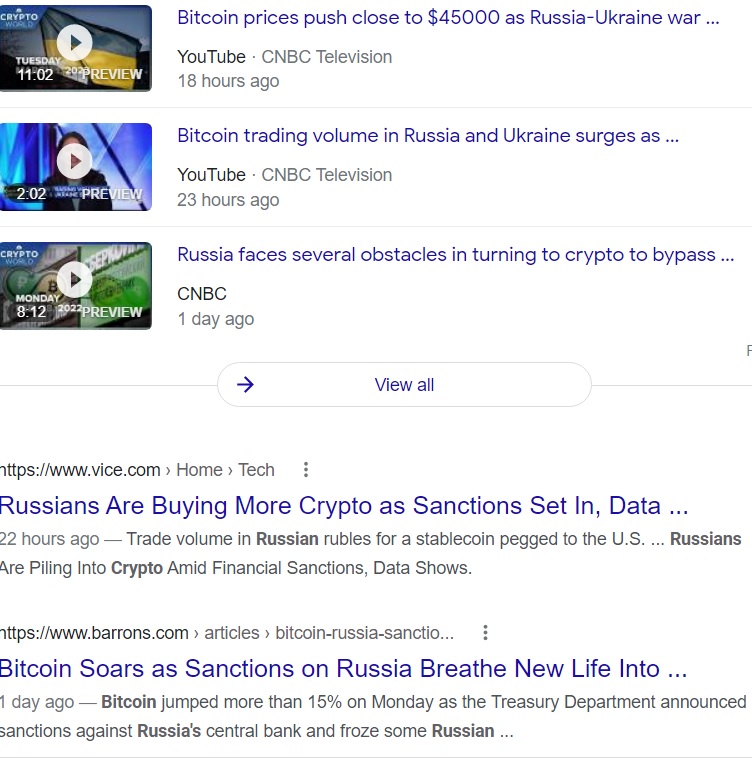 It would seem as there is some correlation between between Russia and Bitcoin, but upon closer inspection this argument falls apart in terms of explaining causality.

According to to the media narrative, Russians are fleeing their collapsing currency and economy for the alleged safety Bitcoin. Yet Bitcoin is always quoted in dollars. And as the Russian economy and currency collapses, Russians are becoming poorer and poorer. So how is it that Bitcoin, which is quoted in dollars, is somehow buoyed people who are spiraling into poverty and whose purchasing power (when converted back into dollars) is rapidly converging to nothing?

Thus, the price of Bitcoin is much more so influenced by Americans, who are vastly wealthier, comparably speaking, than Russians. Russia’s GDP is only 10% of the US, and per capita GDP is $10,000 vs. $60,000 for the U.S. (note: this was before the recent collapse of the currency and economy). This is why Turkey’s currency collapse in late 2021 did nothing to help Bitcoin, because dirt-poor Turks simply do not have enough purchasing power to put a dent in the $1.7 trillion cryptocurrency market. Same for dirt-poor Russians. Or why El Salvador’s adoption of Bitcoin has not helped either.

As shown above, the past year, as the US dollar has surged, has seen Americans become wealthier relative to the rest of the world even in spite of high CPI, increasing partisan division, Covid, civil unrest, and wages that may lag inflation. So as bad as things may seem here, it’s worse elsewhere, in which not only is there high inflation but also currency weakness. This is part of the post-2009 trend of the ‘financial singularity,’ of all capital converging to just handful of superior assets, regions, and countries, those being Seattle, the Bay Area, Vancouver, the Nasdaq and S&P 500, treasuries, huge American tech stocks, etc. As capitalism becomes smarter and choosier, it stands to reason that fewer assets will benefit, as unfavorable/suboptimal investments are shunned. Russia’s collapse is just a continuation of this trend. It also shows that as much as the media and pundits talk about how America is falling apart or that America is ‘Rome 2.0,’ as I am fond of saying, overseas it’s way worse. If collapse happens, America will probably be the last domino to fall. If the world is going down the drain, America occupies the outermost edge of the vortex.

Of course, this is assuming Russian citizens are able to bypass the capital controls in order to buy Bitcoin, however little they can afford. What happens when a poor, corrupt country undergoes economic/social collapse? The first thing is the outflow of capital is restricted: you can can send money in but not out. How about Russian billionaires? They too have lost considerable wealth and are likely subject to the same capital restrictions. Also, most billionaires don’t want Bitcoin, or maybe, optimistically, will only allocate a tiny amount of their net worth in Bitcoin. If I had $1 billon to invest, I would much rather put in mega-cap US stocks, which since 2009 have delivered smooth 20-35% returns annually, than a hyper-volatile, zero-cash-generating, speculative asset like Bitcoin.

Overall, poor countries undergoing collapse and unrest do not have nearly enough wealth to affect Bitcoin.