I’m sure many are familiar with the “you will own nothing and be happy,” meme attributed to the World Economic Forum. It prophesizes what has been deemed a dystopian, post-Covid future in which people own nothing: 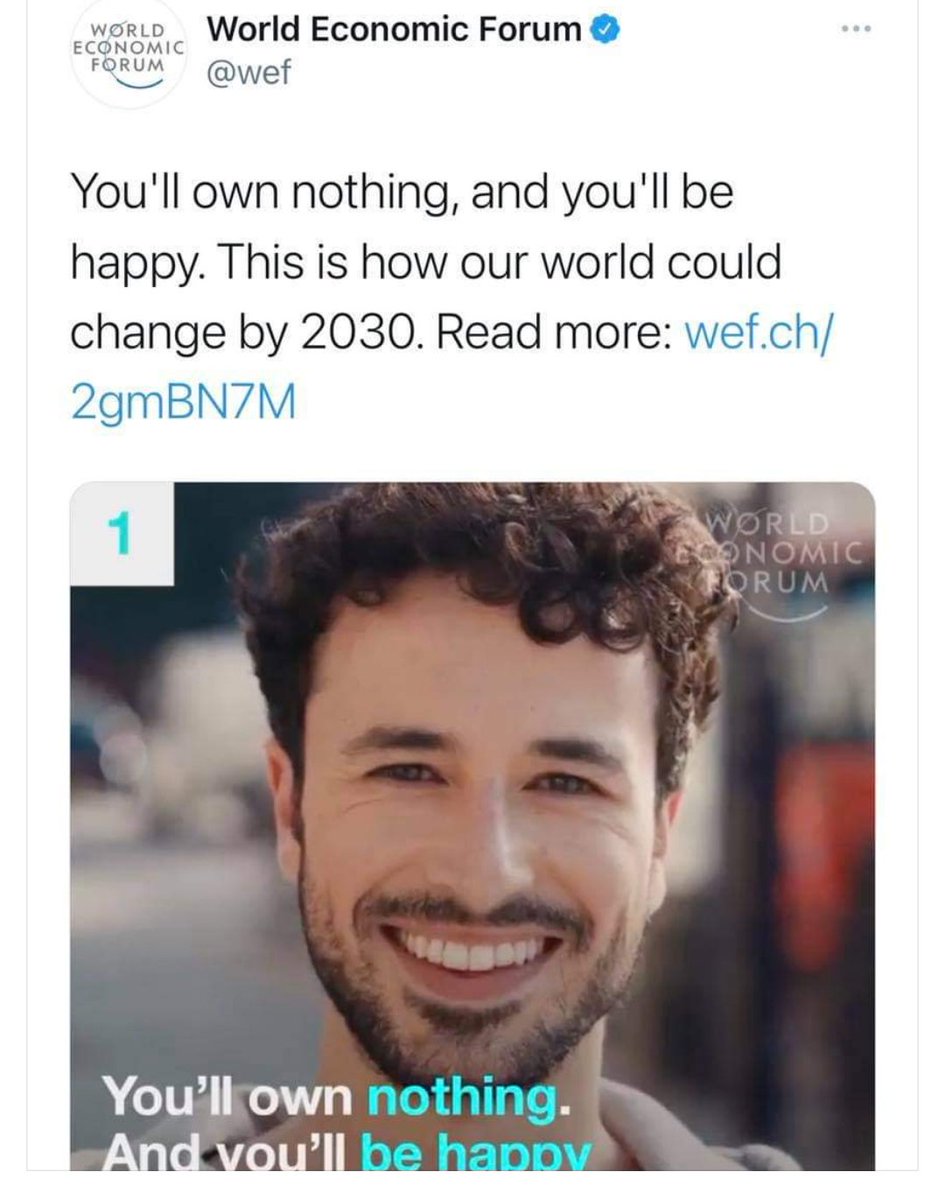 But it’s not quite as simple as ownership vs. feudalism. Based on what I have observed, it’s sort of the opposite in that the people who tend to have have the fewest material possessions (except certain billionaires) tend to have the most wealth (such as stocks, real estate, employee stock options, etc.) and also make the most money (such as fat FANG salaries), whereas people who own a lot of ‘things’ (like fancy cars, jewelry, etc.) are are otherwise poor and tend to not make that much money either.

All over Hacker News, investing and ‘FIRE’ communities/subs, /r/WallStreetBets, etc., the wealthiest and smartest of members tend to be the most minimalist. It’s evident that ‘owning little’ does not mean poverty. As mentioned many times here before, college grads today, especially in tech and finance, are making more money than ever before, even after accounting for inflation and student loan debt. This is the statistic that the media and the college-doomsayers keep ignoring when painting with a broad brush two generations as hopelessly poor and indebted (plenty of boomers are also poor and indebted, too).

Today’s wealthy make great efforts to downplay the outward appearance of having money, compared to the wealthy of a century ago. When the wealthy do splurge, it’s not to buy stuff (except for maybe a jet plane) but rather to isolate from the masses (such as New Zealand citizenship), or for services/conveniences (such as Uber Eats or Door Dash, which although is not that expensive, when done on a daily basis is way more expensive than going food shopping on your own).

Money buys financial security and peace of mind. Those alone are better than just owning things, which can be lost or lose value. There is much more social status from being asset-rich (like Warren Buffett) than having a bunch of junk. A new sports car loses half its value in a year. That’s more of an advertisement of being bad with money, than something to be envious of.

What about the so-called attention economy, and people doing unpaid work in the hope of later turning it into a paying career. Consider Matthew Yglesias, who for years wrote for pennies on Vox, Slate, and other online publications. His Substack today, by cashing in on his name recognition after years of scraping by, brings in probably more money than even many tech jobs. Same for Glenn Greenwald, Matt Taibbi, and many others. Perhaps it’s not so irrational, after all, to delay the gratification of a steady income and material possessions for a shot at a much larger payday later.

All over social media, but even in less expensive areas/neighborhoods, luxury products are increasingly common. It used to be, 30 years ago, a Mercedes Benz or Porsche was considered a luxury that could be afforded by few and signified uncommon wealth, but nowadays luxury cars are commonplace (as well as those huge lifted trucks and SUVs, which can be even more expensive). Same for luxury clothing brands, which are much more common, relatively speaking, than a generation ago. Just like there has been grade inflation, rendering high school GPAs effectively meaningless and useless, so to is luxury inflation. But the number of slots for Harvard and other top colleges has not kept up with demand, population, income, wealth, etc., hence resisting the trend of dilution seen almost everywhere else in life.

In the past, to distinguish oneself you needed nice car or a big house, but but intangibles such as social status, attention, or ‘social impact’ are much scarcer and signify a sort of rarity and value that are harder to buy, but must be earned. Not only does Mr. Yglesias make a good living financially, but enjoys the sense of accomplishment and well-being that comes from having social status and whose Substack writing career has an impact that can be felt by his thousands of readers and the debates his writings engender, which money alone does not buy.

This is why already wealthy people, like Michael Blomberg and Bill Gates, spend so much money and time on building legacies and getting involved in politics, than shopping for yachts, even if the results are underwhelming. It’s funny how the 3rd richest man in the world, Bill Gates, wants Fauci’s job so badly, of all people (but not the other way around). Or why the 10th richest man in the world, Bloomberg, wants Biden’s job. ‘Saving lives’ is better than just being known as the face of monopolistic greed or BSOD messages, I guess.