However, PISA scores and rankings provide an incomplete inventory of America’s intellectual strength. Also, the methodology of how PISA results are ranked favors less populated countries. For example, consider a hypothetical country in which only a single person takes the test and get a perfect score. That country would then have the highest PISA ranking. If you look at the countries which rank high and have a lot of ‘level 5’ scores, with the exception of Japan and France, they tend to be very small: 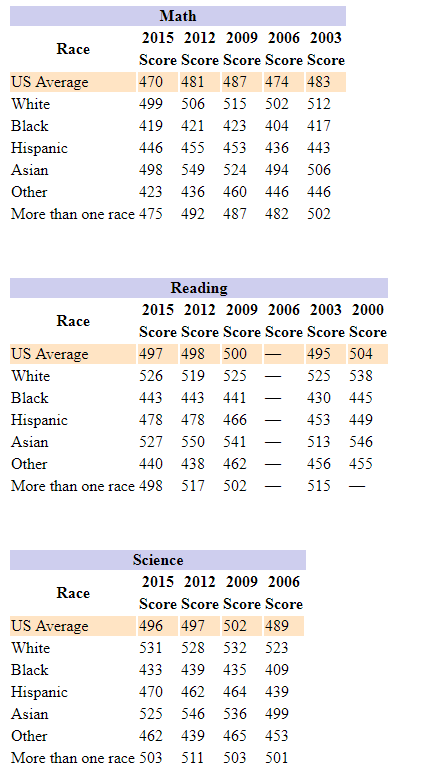 Also, breaking down America’s PISA score by individual states, such as Massachusetts and Connecticut as shown above, then the picture improves even more so. If Massachusetts and Connecticut, which have a combined population of 10.5 million people, were treated as a single country, it would rank #5 in ‘level 5’ scores. Florida and Puerto Rico, which have less favorable demographics, rank lower and weigh down the national average.