There have been some updates supporting the prophylactic effect of abortion on crime, as originally popularized by economist Steven D. Levitt in the 2005 best-seller Freakonomics.

Donohue and Levitt (2001) presented evidence that the legalization of abortion in the early 1970s played an important role in the crime drop of the 1990s. That paper concluded with a strong out-of-sample prediction regarding the next two decades: “When a steady state is reached roughly twenty years from now, the impact of abortion will be roughly twice as great as the impact felt so far. Our results suggest that all else equal, legalized abortion will account for persistent declines of 1 percent a year in crime over the next two decades.” Estimating parallel specifications to the original paper, but using the 17 years of data generated after that paper was written, we find strong support for the prediction. The estimated coefficient on legalized abortion is actually larger in the latter period than it was in the initial dataset in almost all specifications. We estimate that crime fell roughly 20% between 1997 and 2014 due to legalized abortion. The cumulative impact of legalized abortion on crime is roughly 45%, accounting for a very substantial portion of the roughly 50-55% overall decline from the peak of crime in the early 1990s.

As discussed back in 2014-2016 on this blog, making abortion accessible to high-risk groups could have a negative eugenic effect and improve society in the long-run by reducing welfare and crime. From Abortion and Crime – When Political Correctness and Partisan Politics Gets in the Way of Promising Research and Policy:

It’s too bad we see instances of ‘the right’ like Steve Sailer and the author of aforementioned National Review article, Mona Charen, giving intellectual fodder to the welfare left on this issue. The GOP is supposed to be the party that is tough on entitlement spending and crime, and here we have Jonathan Gruber, who happens to identify as Democratic, proposing a solution based on actual research and evidence instead of partisan wishful thinking. Even if these studies have some holes, the research holds much promise in stemming some of biggest and most persistent problems plaguing society: poverty, crime and entitlement spending. For those who are opposed to abortion on political grounds, a step in the right direction would be to at least make birth control more readily available for populations at risk for entitlement spending and crime. The right needs to get over Sangerism and understand that, yes, while she did create planned parenthood, that contra Sanger, the left supports birth control and abortion not to make society better, but because of a lack of self-control. We shouldn’t let partisan/sentimental nostrums ‘all abortion is bad’ or ‘all life is precious’ overshadow potentially good policy.

Too many people in 2005-2007, when Freakanomics came out, jumped the gun in attacking Levitt’s findings, possibly because the idea of ‘aborting away crime’ seemed to hit too close to home to America’s eugenic past, but on an intuitive level this makes a lot of sense and is how the ‘right’ can justify abortion if from a consequentialist perspective it improves overall societal well-being by lowering crime and other deleterious effects of poverty. Even Steve Sailer was critical of Levitt’s findings, which came as a surprise to me. This link between abortion and the reduction of crime may be one of the most significant, important findings in the social sciences in the past half century.

Part of the resistance, I think, to biology-based approaches to policy is a belief ingrained by society–both on the ‘left and the ‘right’–that institutions such as schools, churches, governments, and families are supposed to fix societal problems, because people are inherently good, malleable (the so-called blank slate), and redeemable, and that abortion or sterilization is perceived as giving up. We’re supposed to keep throwing money at these problems in the hope that if the money lands in the right place, these problems will miraculously fix themselves. The pro-life left wants to make abortion readily available for whites, but as soon as you advocate (or even the mere implication) it for low-performing groups that would benefit society most, it becomes racism.

Regarding Steve, here’s his original 2005 rebuttal.
Here is Steve again responding a few days ago to the findings. He argues that the decline is a coincidence due to the crack epidemic:

Keep in mind that the Freakonomics theory that legalizing abortion in 1969-73 cut crime from 1985-1997 was dependent upon Levitt botching his code. From The Economist in 2005:

“Did Steven Levitt, author of “Freakonomics”, get his most notorious paper wrong?”

Basically, what happened in the 1970s was that middle class used contraception, the working class used abortion, and the under class used the maternity ward at County General. Combined with the crack wars of 1988-1994, you therefore saw the homicide rate of black teens shoot upwards about 5x from those born just before Roe v. Wade to those born just after.

On the other hand, I haven’t looked into the issues since 1999-2005 so it could be that Levitt’s theory works for the 21st Century. But the national 22% increase in homicides from 2014 to 2016, centered in cities where Black Lives Matter won political victories over the police like St. Louis, Baltimore, and Chicago, suggests that politics (along with the ups and downs of drug markets) continues to play a big role in the most accurately measured crime rate: homicides.

Then, two things happened historically that helped create the (presumably, assuming Foote’s new technical critique doesn’t completely eliminate it) state-level negative correlation between later 1970s abortion rates and later 1990s crime rates that Levitt and Donohue have emphasized so repeatedly, while trying to cover up the earlier negative correlation. (They imply that the longer the time lag between presumed cause and effect, the more trust we should put in it!)

Steve is nitpicking over technicalities, but there is no way that this policy cannot be negatively eugenic, which is what matters even if we cannot exactly quantify how much. Even if the link, at times, is spurious, that does not disprove that abortion helped reduce the number of potential crimes. It’s possible that without abortion there would be even more crime regardless of concomitant environmental factors.

As Levitt notes in his 2006 rebuttal to Steve’s criticism, it isn’t abortion per se that matters, it is the number of unwanted children.

In spite of Steve’s objections, I think the evidence in terms of abortion, crime, and fertility trends supports Levitt’s hypothesis. How much so is hard to determine, but that is of secondary importance to the larger tends. According to focusonthefamily.com, more than 55 million abortions have been performed in the U.S. since 1973, of which 19 million were black babies. Although blacks are only around 12 percent of the US population, they are 3 to 6 times more likely to to get abortions than whites: 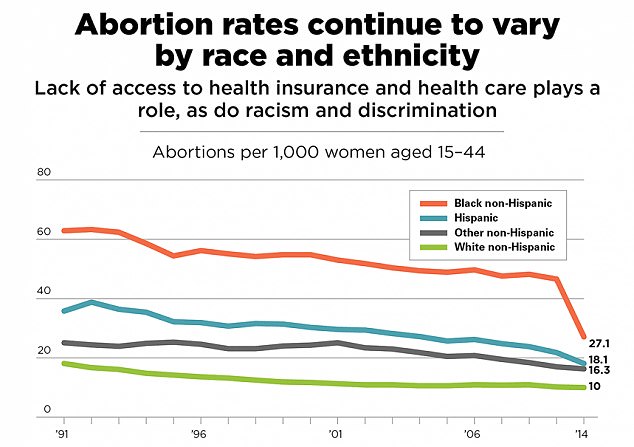 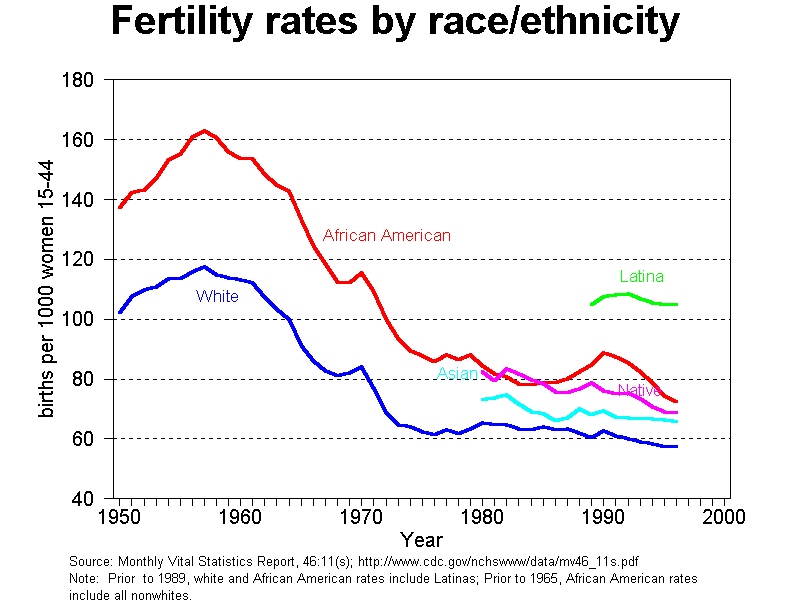 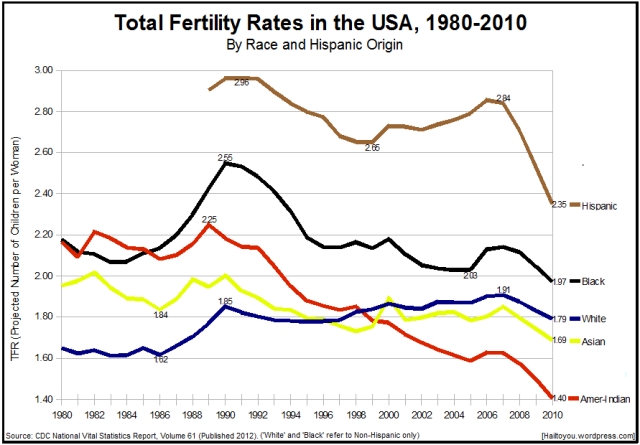 Although there is a caveat, as Hale notes: “Race-fertility calculations in the USA are based on race of mother. By the late 2000s, ~10% of the babies born to American White women were fathered by Nonwhite men. The American ‘White-White TFR’ (babies with two White parents) would thus be ~1.6 in 2010 (down from ~1.7 before the recession). [White-Female-Fertility (x) Share of those births to White fathers = 1.79* 0.9].”

Steve is too intellectually honest to virtue signal, but I don’t understand why he objected so strongly to this study when from an HBD perspective it should be supported even if the maybe the data has some holes.

Part 2 will crunch some of the numbers