1. 2022 hasn’t been that great for some of my forecasts, but I got two major ones right: Bitcoin crashes (along with Ethereum, MicroStrategy and other) and Elon Musk’s brand/fame grows even more. 2020-2021 were already huge years for Elon, such as increased media coverage and support by opposing lockdowns, but his brand grew to even new highs in 2022 with his acquisition of Twitter. These two predictions seem at odds with each other: many of the people who support Musk also support Bitcoin, and one would assume that the two should somehow be correlated. Obviously they are not. And Mr. Musk no longer endorses Bitcoin, having sold his stake in early 2022. The fact I got both these predictions 100% right is evidence of lateral thinking and why I’m one of the best at this.

The always-wrong media, who also are on Twitter, are predicting that Elon will kill Twitter, either as users leave for competing sites/platforms (such as Mastodon) or advertisers quit. I predict, instead, that Twitter will thrive and that Elon will make a large profit on his acquisition. Some advertisers leaving will not threaten Twitter’s business much, because either they will eventually return, and or new ones will replace them. Twitter saw strong, sustained revenue growth from 2016-2020 despite Trump having the most popular account, so evidently advertisers were not deterred in spite of the insistence by the media that advertisers would leave in protest. 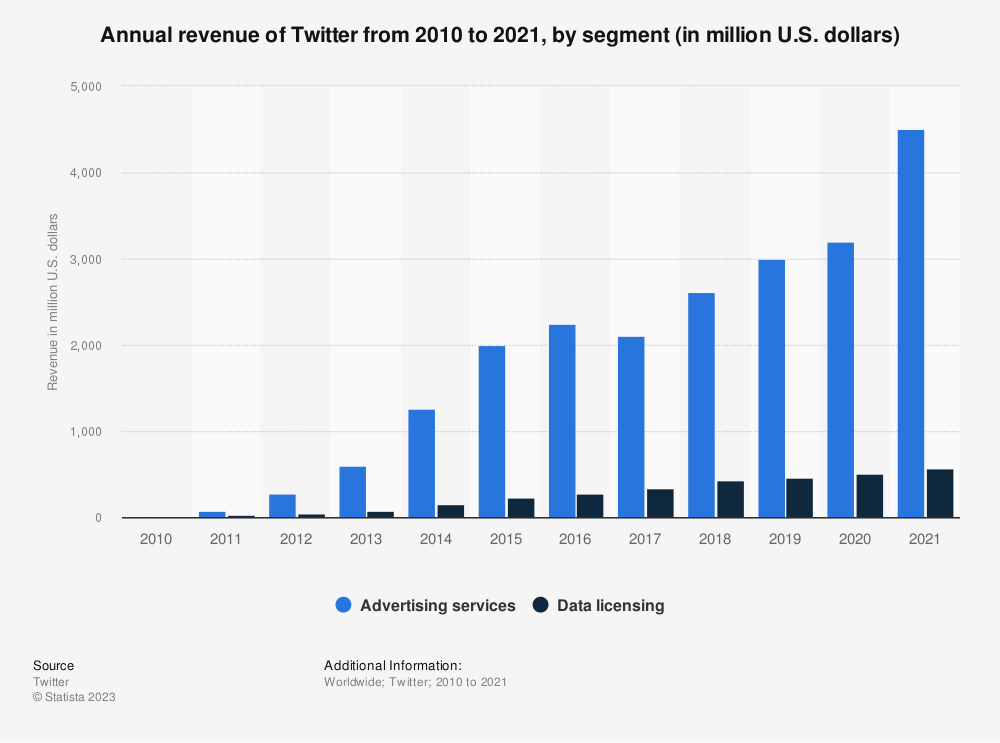 Outside of the media and pressure groups such as the ADL and SPLC, no one cares that much about ‘hate speech’, Covid ‘misinformation’, or ‘extremism’ online. Advertisers do not care that much (care enough to pander, but not enough to stop advertising), nor do users care enough to leave Twitter, because the alternatives are much worse. Or in other words, no one is is as offended by extremism as those who make a living by being offended, which is not that many people. From a strategic perspective, boycotts fail unless everyone does it. A single or handful of boycotting businesses will only lose revenue to competitors that do not boycott.

I think Freddie puts it better than I can:

So: I don’t think Twitter is going anywhere, and I don’t think the vast majority of Twitter users are going anywhere. The whole notion of the death of Twitter seems like a minor tantrum that will probably blow over in time, and the people who are making grand declarations about how they’ll leave because of Elon Musk are the same sort of people who are deeply addicted to the service. I could be wrong. But I would bet good money that one week/one month/three months from now, Twitter will be operating at full capacity with more or less the same user base. The catastrophizing seems pointless, to me.

Plus, Elon will find other ways to monetize users that does not involve ads, such as paid verification. Elon’s own tweets are getting 5x more comments compared to a year ago. Same for politicians and pundits, like Ben Shapiro, Lex Fridman, and Jordan Peterson. It’s evident that engagement has increased markedly overall since Musk’s purchase; whether it continues or is sustainable is unknown, but I think it will. This will mean more ad clicks, more ad impressions, etc.

Stocks will recover vigorously soon, probably by 2023, especially tech and payment processing (Visa, Mastercard, Square, and PayPal), but Bitcoin will continue to fall or flatline.

2. The idolatry of billionaires is downstream of the vacuum of leadership and distrust of public officials, as I predicted and wrote about earlier. People, especially those under 30-40, have lost faith in elected officials, cultural institutions, etc.–and rightfully so, given how wrong and corrupt they have been shown to be, such as overselling the efficacy of vaccines at stopping the spread of Covid and pushing a ‘globalist woke cultural agenda’ in Hollywood and academia–and instead are turning to billionaires, e-celebs, and entrepreneurs for leadership and guidance, whether it’s Musk, Trump, or Kanye West on a grander scale, but also podcasters like Rogan and e-celebs/entrepreneurs like Andrew Tate and Mr. Beast. Jeff Bezos has mostly kept a low profile , but if he wanted he could tweet memes and becomes almost as popular as Musk.

Trump’s tweets would routinely get a hundred-thousand ‘likes’ and tens of thousands of comments, but Biden’s tweets get only 1/10 the engagement and are largely ignored by the media, even the left-wing media, unless he is announcing some major policy proposal. Otherwise no one cares. The rise and hipness of Elon, who is an exemplar of private-sector competence, inversely tracks the shrinking irrelevance and un-coolness of Biden, who embodies government sclerosis. His plan to forgive $10k in student loan debt for example has been met with skepticism on either side of the aisle, either as being a handout or for perpetuating the problem of student loan indebtedness instead of dealing with the root of the problem, some of those being rampant credentialism and student unpreparedness (and as others have observed, more financial aid has only led to colleges raising prices in response).

3. The left has only itself to blame for this, such as intolerance and shoehorning diversity into everything. Hollywood used to be cool as recently as the early 2000s’, and although superhero flicks are still a major moneymaker thank to China, but outside of academia the left-wing cultural hegemony has largely been dissolved, or at least is facing much more competition. There is no left-wing equivalent that can match the most popular brands on YouTube, Twitter, or any content medium outside of cinema, print, or TV, which have much higher barriers to entry and are heavily curated and controlled by deep-moneyed interests. The most popular Twitter users as measured by real engagement (not paid followers like the NYTs)–Elon, Kanye, and Musk–are all anti-left. Rogan has the most popular podcast on Spotify and probably anywhere. Millions of people on Twitter want Alex Jones back, because even if he was wrong about Sandy Hook, he still speaks more truth than any politician. So when the audience has the choice, most will chose un-woke options. Diversity is something that has to be forced on people. The left could have stopped while it was solidly ahead in 2012, after Obama was reelected, but 2016, after Trump won, saw the left become increasingly puritanical in its beliefs.

4. The era of billionaires can have downsides, as the spectacular implosion of FTX, founded by 30-seomthing former-billionaire Sam Bankman-Fried, demonstrated all too painfully for the millions of FTX users who had their accounts frozen after the cryptocurrency brokerage was apparently looted by its psychopharmacology-enhanced founder to prop-up a failing hedge fund run by his ex-girlfriend, Caroline Ellison…whew. This was a guy who was heralded as the next Warren Buffett in February 2022, to being worthless in the span of 2 days, which also shows how people’s priorities or outrage are possibly misplaced. Everyone in 2020-2021 was fuming about Pelosi’s stock trades and congressional insider trading overall, but we’re talking small amounts of money ($100k trades vs. a $40 billon fraud) that only affects a few people, yet much bigger frauds like FTX went completely unnoticed and caused way more harm to way more people.