I saw this: In a partnership with the “CSPI and Salem Center UT”, Manifold Markets is having a $25,000 forecasting tournament.

Here is the website for the prediction market itself, with various markets/contracts, such as “Will Donald Trump Be Indicted for a Crime in 2022),” which shows 40% odds he will be indicted.

One thing that stands out about most of these predictions is that they are very specific and of a political nature. To be honest, I have no idea about the majority of these items. When forecasting, I look for the intersection between having an ‘edge’ and the ability to monetize said prediction: 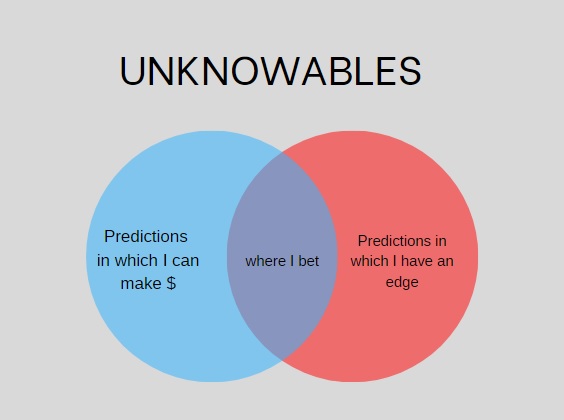 In Feb-March I was right about the Ukraine-Russia war not escalating to nuclear war, becoming a world war, or US involvement or involvement of neighboring countries. This was based on my understanding of the psychological profile of Putin and general geopolitical knowledge (my so-called ‘edge’), but there was no market for this sort of prediction so I was not able to monetize it. The closest I can find on Manifold Markets is Nuclear Use in Russia-Ukraine War?, which despite offering a small payout seems is a no-brainer, so I would bet on “no”. Despite a small payout, similarly, I would also bet “no” on Chinese Military Action against Taiwan?. China has too much to lose economically, and its leadership is too cool and rational to make such a move.

Meanwhile I was 100% right about Tesla stock beating Bitcoin. Here you can see over the past year Tesla stock being up 20% compared to Bitcoin being down 57%, a massive divergence: 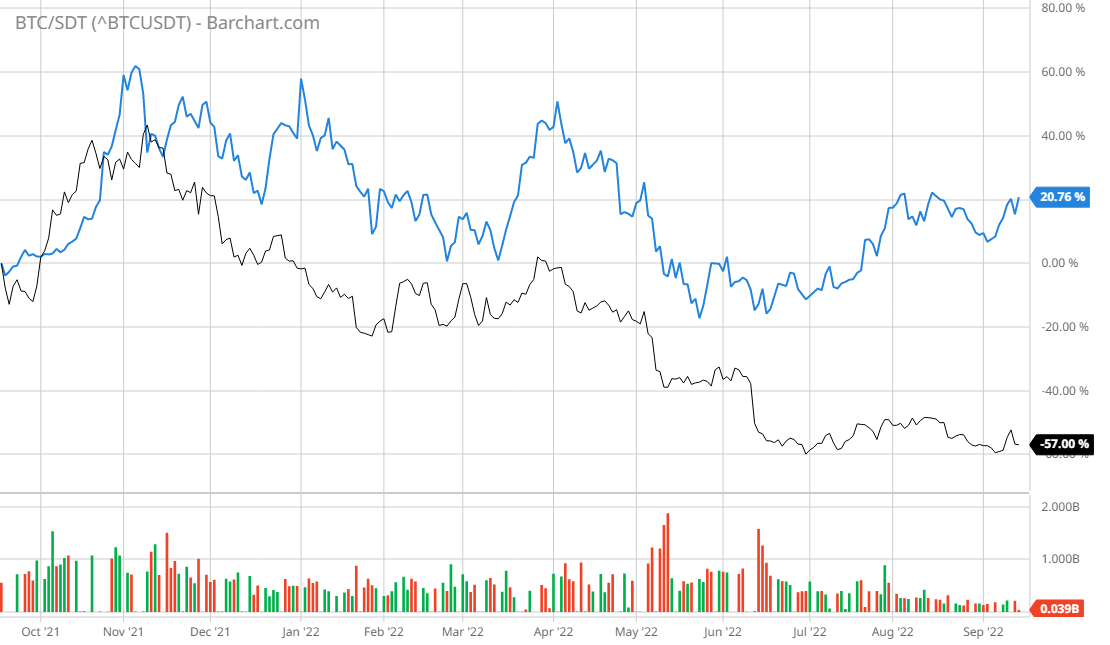 There was/is no prediction market for this, but you don’t need a prediction market when you have the biggest market of all, the stock market. So I own Tesla stock to profit from this. I have owned Tesla stock since 2013 and added more in 2019 at below $30/share. I still think Tesla will be worth $4 trillion soon, so $1200/share (it split twice, at a ratio of 5-1 and 3-1, turning every original share into 15 shares).

I have found political predictions to be much harder compared to economic predictions, and I don’t think anyone has an edge in predicting political outcomes. Economics and finance is easier because of the tendency of capital to seek to optimize its returns along predictable gradients of money flow, whereas the behavior of voters, courts, and political leaders tends to be much more unpredictable/erratic. This is how I was right about the supremacy of Bay Area real estate, tech stocks, the US dollar, among other forecasts.

Voters can exhibit behavior which to outsiders is irrational or even irrational at an individual level, but no one seeks to allocate capital in a subpar way. Or to put it another way, individuals and firms are much more careful about how they spend money, compared to the thought they put into politics. People will go out of their way to save a few dollars and optimize purchases accordingly, like for a new car or a new home, but how many hours does someone spend researching issues or candidates on the ballot?

How many people predicted Trump would possibly be investigated, not for matters pertaining to January 6th or Russia, but for retaining classified nuclear secrets? Everyone assumed when the FBI story broke that it must have had something to do with either of those. Nope.

How many people in 2021 predicted SCOTUS overturing Roe v. Wade?

How many predicted in 2021 that Russia would Invade Ukraine?

Probably the only thing some people did get right was Biden forgiving student loan debt (albeit some of it).

The Queen dying? There is a sort of macabre market for celebrity deaths.

Meanwhile, I was right about Bitcoin. There was so much optimism in 2021 that it would march past $100,000, and now it’s only $20,000 having lost 57% of its value this year. Bitcoin was a sub-optimal allocation, hence why it fell so much. Tesla is/was a better one. Last week BTC surged above $22,000, and the usual idiots were saying that it would recover or the start of a new bull market. I didn’t even bother to write a post about it because I knew the gains would not hold, and sure enough it’s below $20k again: 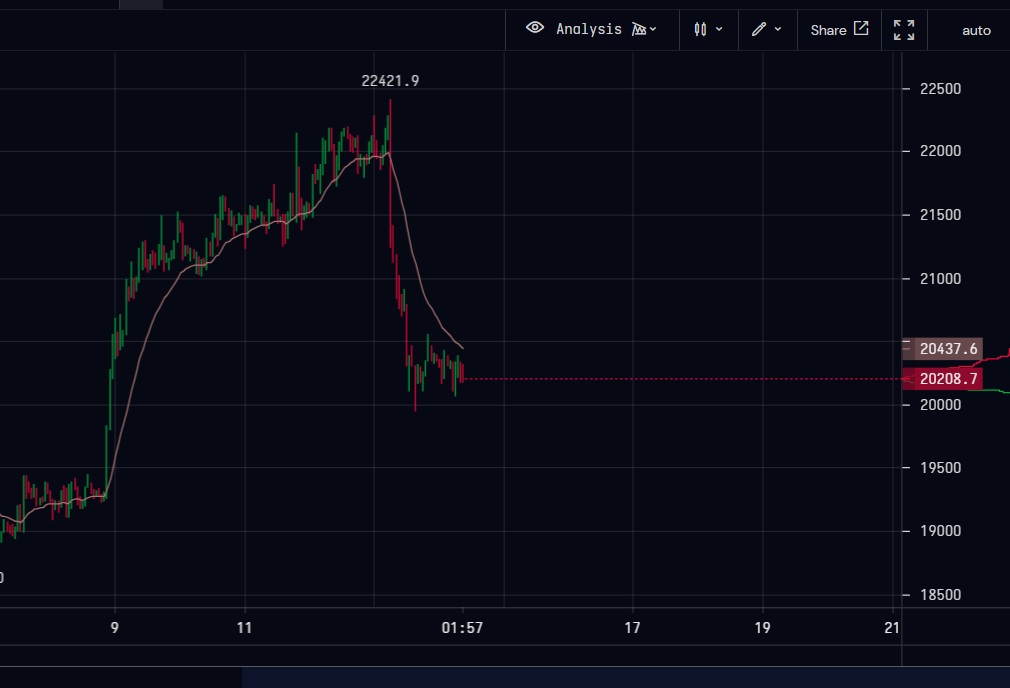 Meanwhile Tesla is above $305, having recovered all of its losses on Tuesday when the S&P 500 fell 4% on inflation concerns. My ‘edge’ for Tesla was the HBD thesis, because Tesla is a high-IQ industry which has market dominance and wide intellectual barriers to entry, and Elon Musk is a highly competent, high-IQ person. Having written many posts about HBD and IQ, I knew Tesla fit in perfectly. AFIK, no else invests this way…investors pay more attention to the balance sheet than the IQ of the CEO or the IQ of the overall industry. If you’re doing what everyone else is doing, then you likely are not going to have an edge. Because Tesla was losing money for so long, it seemed like it was doomed.

But I knew Tesla’s losses in 2017-2019 were temporary and that it was investing heavily in factories and production, similar to Amazon (Tesla, crucially, is highly profitable on a per-car sales basis). To keep recommending one of the best stocks in absolute performance since 2013, that being Tesla, out of a pool of thousands of other stocks which have done worse, is likely demonstrative of some skill.

Overall, rather than making dozens of bets and keeping track of them like a fantasy football team, I focus or hone in on maybe at most a dozen investments based on macro/societal themes/narratives rather than bets. I prefer a higher hit ratio and larger but fewer bets, than a lot of smaller bets and a higher failure rate.