USA birth rate has been below min sustainable levels for ~50 years pic.twitter.com/v5PSLbvEAE

For the past year he has been going on about the dangers of falling fertility, calling it the biggest threat to civilization. Such fears are likely overblown. He says “USA birth rate has been below min sustainable levels for ~50 years.” So what has the US population done since then? It has gone up considerably since 1970, from 207 million to 330 million today, and shows no sign of slowing: 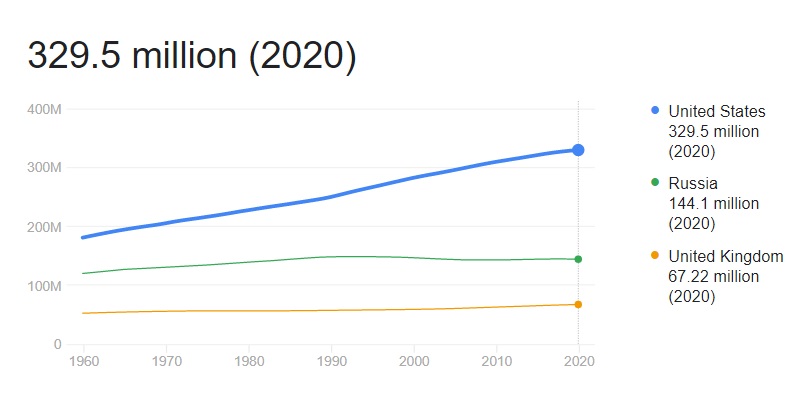 Some of this is due to immigration, but how about Japan, which has among the most restrictive immigration laws in the world and has had sub-replacement fertility rates for a long time. Japan has just 3 million immigrants out of population of 125 million (2% vs 14% for the US). Japan’s fertility rate has been below replacement since 1970 and has hovered around 1.3 since 1990, so surely its population must have tanked? 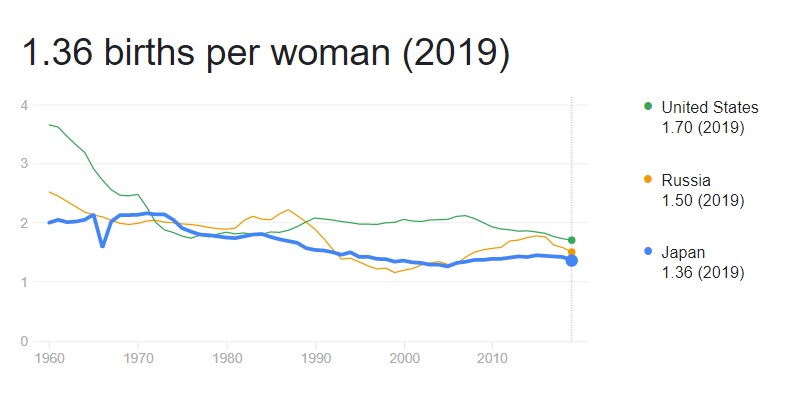 The decline is almost imperceptible, from a peak of 128 million to 126 million today. We’re talking tiny amounts, and this was only after 50 years of sub-replacement fertility rates and almost no immigration: [Unlike the US, Japan is very homogenous. 98% of its population is ethnically Japanese.] 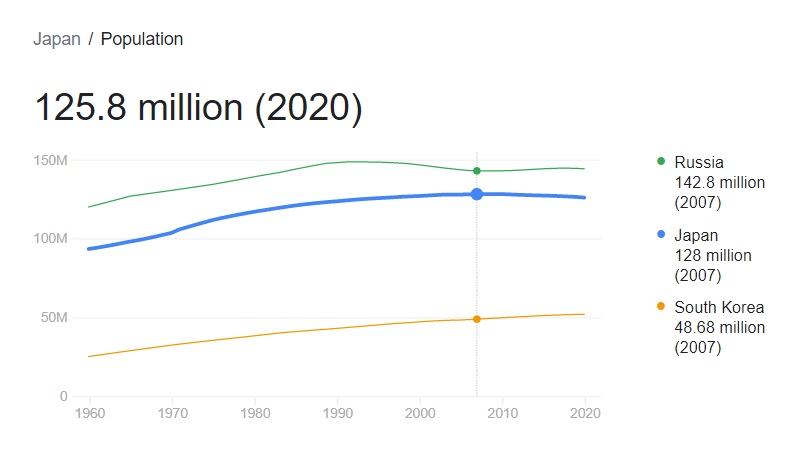 Why is this? Because the math behind population growth is complicated and it’s more nuanced than the assumption that sub-replacement=crisis. The decline is so gradual that it gives enough time to rectify the situation through policy intervention, if it should ever come to that. In theory, is everyone was to stop having kids for a couple generations, the result would be certain extinction within 100 years after crossing the point of no return in 60. But this is just an extreme scenario. For fertility rates between 1-2, the decline is much, much more gradual. This is probably why most people are not that concerned, as much as the media, pundits, and plutocrats may obsess about it.