The big secret is that practically ALL competitive sports are unhealthy.
That, in addition to the fact that anything competitive damages your soul. https://t.co/gFBs5a5d4J

How about being a blowhard who blocks anyone who disagrees with him on Twitter? Is that any healthier. I think Taleb is projecting his own feeling of failure. Being a non-fiction author is probably one of the worst jobs in the world. It’s a tacit admission of failure. If your ideas are any good, you write important papers that are accepted in peer-reviewed journals; otherwise, if you are good at writing, you write fiction. Non-fiction means you are regurgitating someone else’ ideas or old findings, or you are trying to make a buck (and there is nothing wrong with this, but it means you are assuming the role of an explainer/instructor rather than a researcher). From a professional/career standpoint, I think being a researcher is more fulfilling, even if the pay is not as good, because you are on the cutting edge or coming up with new insights.

Taleb actually thinks his Covid statistical research is groundbreaking. It is not. Epidemiology is one of the most saturated fields ever. Same for ‘statistics’. The likelihood of Taleb or anyone producing an interesting or novel insight is close to nil, and considerable funding , such as for experiments, is often required..

3) For those slow are getting it, here is the strongest man (of his day), a Soviet Olympic weightlifter. You optimize in one dimension (weights lifted), you lose on another.

And yes, athletes have a lower life expectancy than healthy people who work out moderately.

Taleb is obsessed with life expectancy, and the government doing everything in its power to ensure that old people like himself live an extra couple days at the inconvenience of everyone else (such as mask mandates, business closures, vaccine mandates, etc.). Taleb aspires to be a sponge, those can live to thousands of years. He thinks society should model itself after sponge colonies. 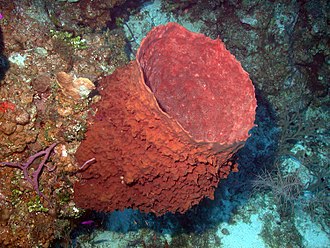 In seriousness, the crux of Taleb’s argument is that pandemics have a thicker ‘tail’ in regard to potential fatalities, compared to traffic accidents or ladder accidents. It’s more plausible that a lot of people will suddenly perish due to a war or a pandemic, compared to accidents even if the average/daily loss for both is small. So therefore, drastic measures much be taken regarding Covid. I don’t dispute that some risk factors are more systemic than others (due to the tail properties Taleb talks about), but the risks of Covid by now are well-established given the immense sample size of cases to work with.

The preponderance of evidence shows it kills between .05-.2% of young or middle-aged people who are infected, making it possibly 3-5x as bad as the flu (assuming no double-counting). Second, there is no evidence (or at best inconclusive evidence) that efforts to prevent Covid have been successful, whether vaccines, masks, or shutdowns, or at stopping Covid from mutating. In spite of two years of masks, shutdowns, and hundreds of millions of people vaccinated since early 2021, daily omicron cases are now in excess of one million in the US alone.

It’s not about being pro or anti-vaccine or left vs. right, but the unavoidable reality that the left’s credibility has been destroyed on this issue, having gotten everything wrong for the past 2 years. Even liberals have had enough.

Regarding mediocrity, Taleb is obviously speaking from personal experience, so I think he is qualified in this regard:

If you have to go out of your way to say that you don't care, you really care.

Looks like angry Arab man got trigged by HBD again. It’s not a ‘troll army’. People think your tweets suck, your opinions suck, and are calling you out on it. WTF is a ‘Russian Nordic supremacy activist’? This is an oxymoron. Eastern Europeans and Russians until relatively recently in history were not even considered white, and if they can be considered white is a subject of debate.

And to wrap this up, here is he ranting about how vaccine mandates are consistent with libertarianism:

7) To conclude, that the person who wrote the MAIN texbook on Libertarianism comes out in favor of a (strong) vaccine mandates tells you something abt how ill-defined some popular notions are.
Simply Covidopath & antivaxx morons can't invoke liberty. pic.twitter.com/26cS9lMU4M

For Tooleb to say that there is a ‘canonical text’ for something as imprecise and debated as libertarianism, is like saying there is a canonical text for astrology or numerology. What he did is he went through many authors, and found one that agrees with his pro-vaccine view and then declared his textbook as the ‘official text’ on libertarianism. How obviously intellectually dishonest of him. Even in the comments people dispute the notion that a ‘main textbook’ on libertarianism exists or can exist.

Except that the overwhelming majority of those who attended on Jan 6th were peaceful (and only a small percentage of attendees actually entered the Capitol), and that freedom of assembly is a protected right in the US (someone who claims to be as well-versed at political science as Taleb does, should know that). Did Taleb ever tweet to denounce the thousands of BLM and antifa rioters were/are trying to overturn peaceful society? Of course not.

The essence of #BLM is that African Americans are mistreated, & that imbecile Mark Manson trying to gerrymander with other origins is insulting (BTW the census classifies all Mediterraneans as white).

This is vicious. It is about a community that continues to suffer.

Liberalism comes in many shades, variants. People assume that liberals and SJWs fit a certain, predictable archetype and presentation. Taleb found success by merging social-justice liberalism with masculinity (strait-talking demeanor, weightlifting), as a way present liberal themes to an audience who may otherwise not be receptive to it. This is why he gets so much mainstream media coverage and why Twitter has not suspended his account for obviously violating the rules regarding abuse/harassment. I was however never fooled, as far back as 2011 identifying him as having liberal tendencies regarding his opinions of the 2008 financial crisis and his overall Popperian/Hume philosophy of epistemological uncertainty, is-ought distinction, etc.