Declining fertility rates among developed countries has been a subject of intense debate online for years. The debate generally falls into one of two camps: that the decline, particularly in the U.S., is due to political/economic factors, or due to individual social factors.

My money is strongly on the latter, that Americans are choosing to have fewer children even though they can easily afford to have more. It’s not a broad-based economic problem, but rather an individual one. This is also why the ‘Orban plan’ of incentivizing having children will not work in the U.S., because money is not the problem, but rather young, middle-aged people forgoing parenting for the attainment of wealth and other signifiers of social status. Status is by definition always scarce, as some will always have more than others, whereas social programs are only good for pulling up the bottom, not ‘keeping up with the Joneses’.

Indeed, it’s well-established that the correlation between fertility and national wealth obeys an inverse relation: 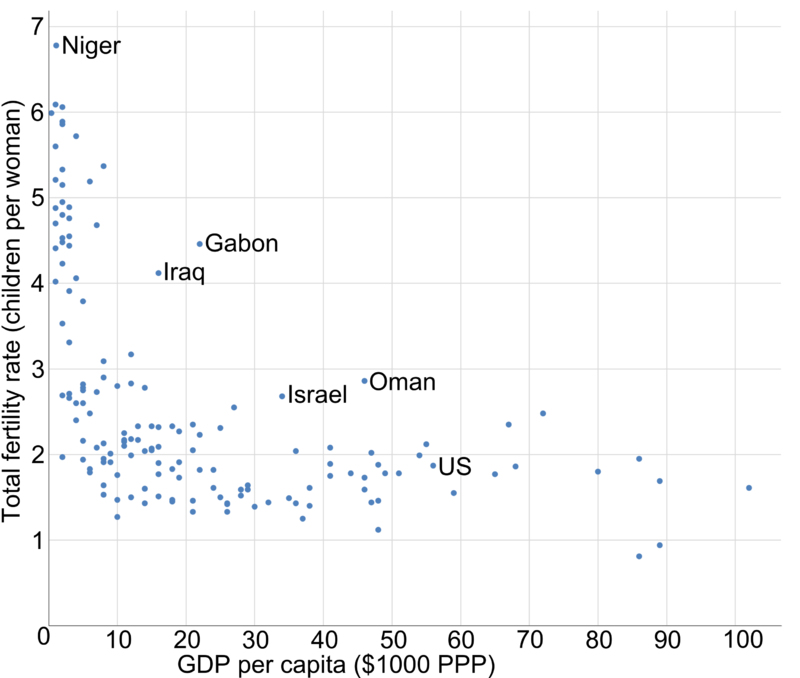 In the U.S., it’s more of a u-shaped relation, but the trend of poorer families having more children, generally holds:

This suggests money is not the problem, nor the solution.

This show the U.S. has among the lowest of income taxes among developed countries: 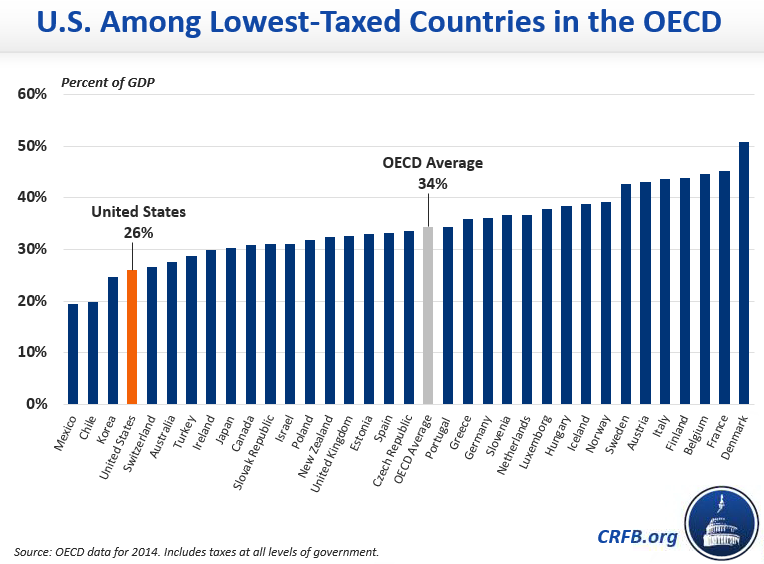 Even after factoring state taxes, Americans pay less than most developed countries. Also, most Americans have employer-sponsored healthcare, which also covers childcare, which is a double-bonus in addition to low taxes. Due to these factors, combined with high wages, Americans have considerably more disposable income compared to the much, if not all, of the developed world. 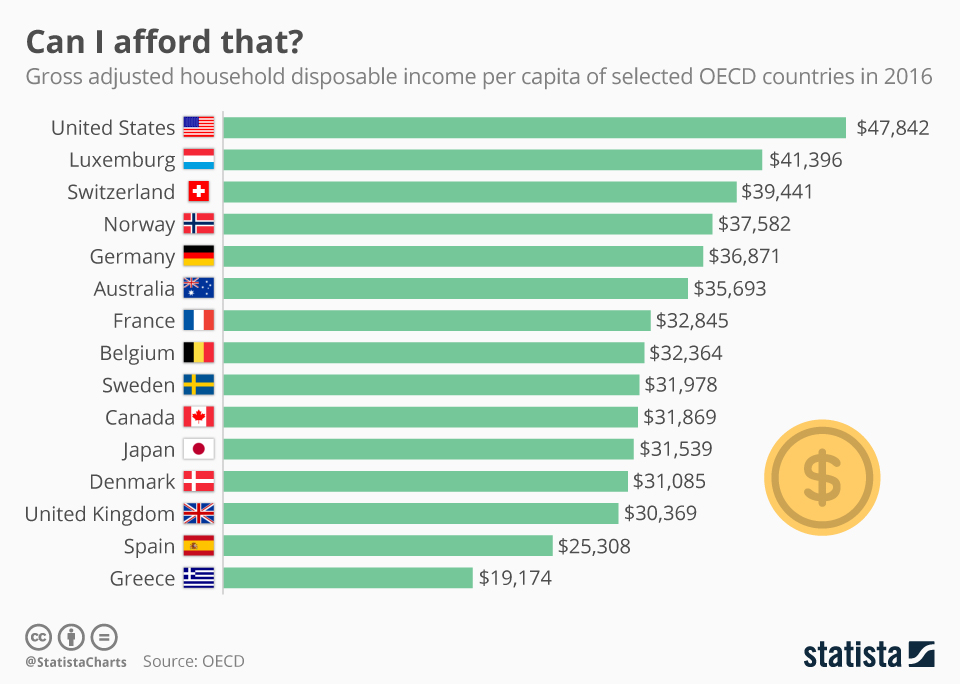 Americans are pretty wealthy and can afford a high standard of living by almost any objective measure. The belief that taxes are holding back American prosperity or the ability to have children, does not seem supported by evidence.

If I had to diagnose the epidemic of childlessness, the problem is careerism and hypergamy. It’s not enough to settle for a $60-100k single income, you got to have a $150-200+k double income. Or young women delaying family formation for 4 years of undergrad, 4 years of graduate school, followed by a couple years of interning. There are many posts on ‘FIRE’ subs of double-income, childless households (so-called ‘DINKs’) that have a lot of money, enough to easily retire off of and have a large family, but they keep working and accumulating money, for some unforeseen apocalypse perhaps? Who knows. If the goal is optimize one’s life for the accumulation of money, delaying family formation for as long as possible is necessary, but with it comes falling fertility rates. The thing is, and why this problem is so intractable, is that these DINKs are acting rationally and seem to be enjoying life, from what I have observed. It’s not like they need kids to fill an emotional void; work and money fills that void.

It’s like when conservatives cite studies of how religious people are happier, suggesting that religion is necessary for happiness. It’s also possible that people who are overall predisposed to being happy seek religion, not that religion creates happiness. The same could be said for family formation.

Also, there is so much aid for poor American families, much more so than individual welfare (which is comparably paltry). So the economic incentive structures already exist for family formation. Poor Hispanic families have no trouble taking advantage of these programs, whether it’s public school lunches, food, medical care, or even college. Go to McDonald’s, particularly in ‘red state’ or poorer ‘blue state’ neighborhoods, and it’s nothing but obese, well-fed ‘poor’ families with iPhones. Somehow they are able to enjoy a higher living standard than 99.5% of the world even while having children. Go to any major food store chain in the U.S., and without fail there are fundraisers or some sort of charity at the entrance for donations for children’s hospitals and related causes. Not once has any child in the US been denied primary of secondary education, healthcare, or college because of an inability to pay.

Among the middle/upper-middle-class, until it is seen as equally socially desirable to have children as it is to accumulate money, I don’t see this changing.