I am aware Bitcoin has gone up a lot recently in spite of earlier prediction otherwise. However:

I have no position in Bitcoin, long or short. As soon as liquid option trading is available for a Bitcoin ETF I probably will initiate some sort of bearish position. I have contemplated shorting Microstrategy stock or buying puts against it, but this carries too much risk due to Mr. Saylor manipulating his stock for personal gain. He can raise raise billions of cash at a low interest rate to keep adding to his Bitcoin position, increasing the short-term value of his firm even if Bitcoin falls. So not worth it.

Just because I am negative about bitcoin does not mean I should bet against it, when 3x ETfs are better overall from a risk-reward perspective. Any strategy will require testing before money is deployed.

Bitcoin is already crashing, falling from a high of $66k earlier this week to $60k now. It will not take much for it to go back to $10k-30k. A few people have gotten rich with Crypto, but far more have gotten rich with the stock market. On the popular Reddit subs /r/cryptocurrency and /r/Bitcoin, the average account size is only in the low thousands of dollars range, compared to 6-figure Robinhood accounts commonly seen on /r/wallstreetbets.

This screenshot of an $800k Game Stop position was taken yesterday from /r/wallstreetbets, four hours after it was posted, so it’s not like I had to dig through dozens of pages to find it. This is not cherry picking, but rather a common occurrence.

Never before has something that has promised so much riches delivered so little. A homeless person collecting cans on the side of a freeway probably makes more money than the average person who trades or follows crypto. Over the past year of following crypto on Reddit, I have only encountered a single person who made over 7 figure maybe a handful who made in the 6-figure range.

The higher Bitcoin goes, the greater the odds it will crash. This is the opposite of the stock market, in which gains tend to hold. That is why when Tesla was surging last year I was not worried about a crash, because it knew it would recover if it fell , which it did.

See what happened with silver: adjusted for inflation, silver is one of the worst investments ever, since it peaked in 1979 (same for gold too): 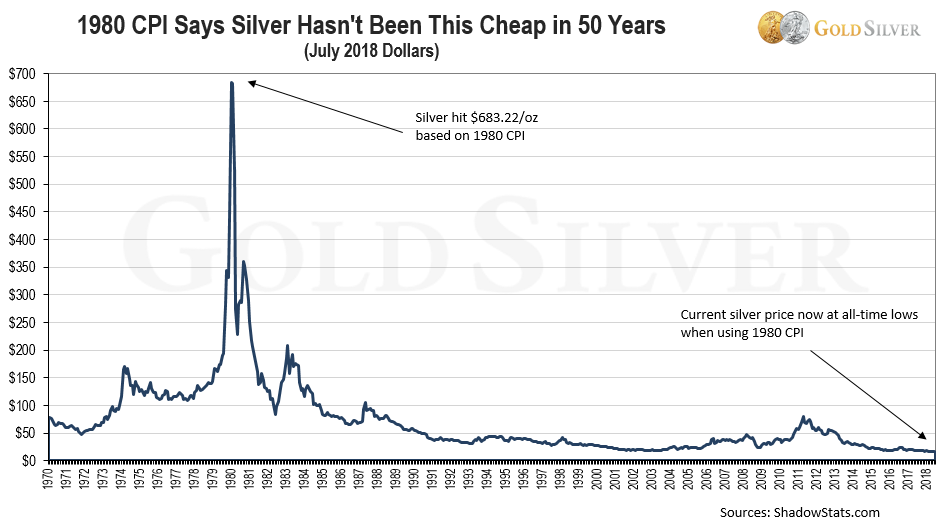 This same fate awaits Bitcoin, guaranteed. At some point it will fall and never recover, like gold. The higher it goes, the higher the odds of this happening.

Bitcoin, being more like a commodity than an equity, does not generate shareholder value. Shareholder value acts as a ‘floor’ on how low a stock can go. This does not exist for commodities. When Google stock goes up 10%, that in part due to Google’s business itself being stronger and Google having more cash on hand, not just speculation. This is why stock investors do better than commodity investors, because stocks, especially large stocks, hold gains better.

Or lumber prices, which crashed 70% this year from the highs, and compare to Tesla stock, which kept its gains: 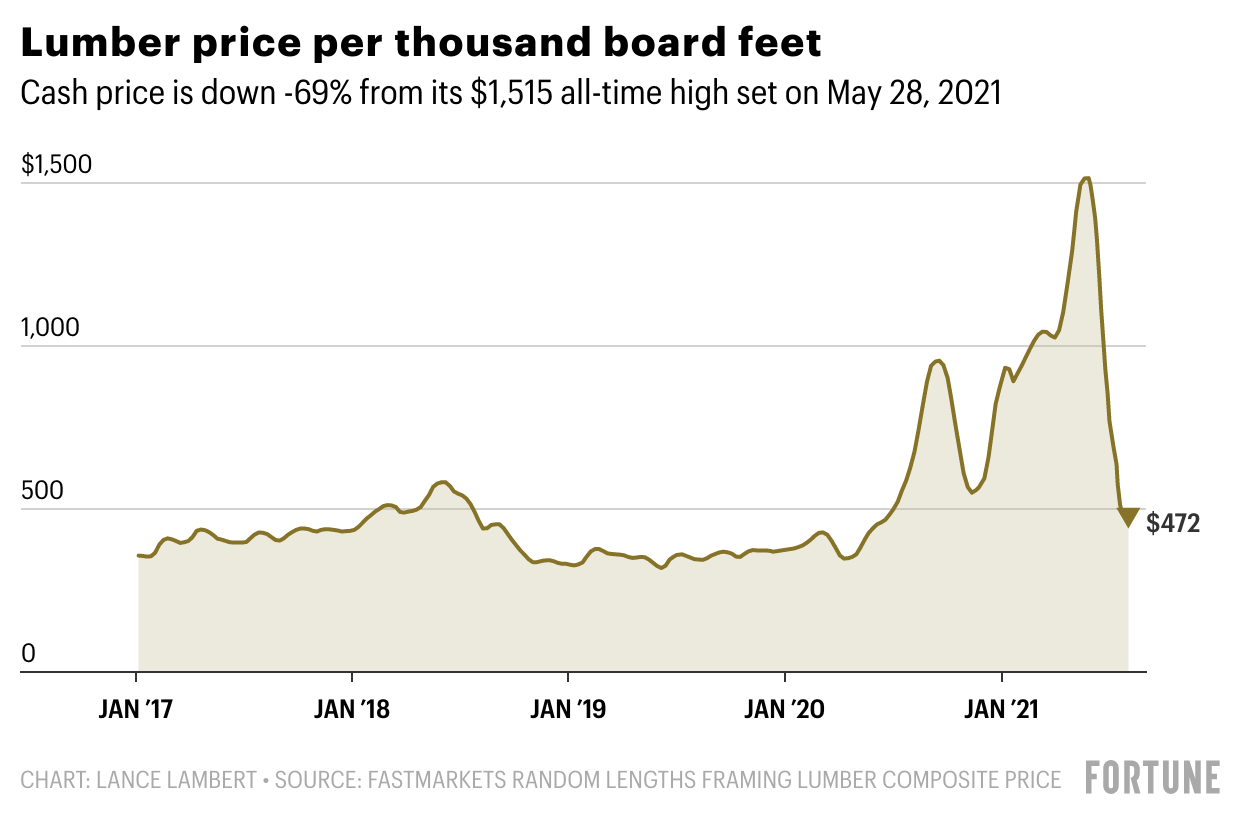 My prediction is two-parts: that Bitcoin will do badly (which so far I am wrong); and second, that it will underperform the 3x tech ETFs and Tesla stock. The second prediction is still holding up.

[The forthcoming 3x ETF method, which involves put options, completely blows Bitcoin or any publicly available strategy away. Only Renaissance Technologies, which is a black box , closed off to outside investors, nor reproducible, does better.]

What if you don’t care about hedging inflation or long-term investing, but you just want to make a quick buck, get in and get out? Even then, for reasons described here, crypto is worse than stocks in this regard too.

Trump’s social media SPAC gained 10x in the span of 24 hours. I have never seen a cryptocurrency ever do something similar, and the liquidity is considerably poorer. A related SPAC went up 12x overnight. GameStop went up 100x from $4 to $400 in the span of a few months, and AMC went from $10 to $50 in a few weeks. Tesla went up 13x from 2020 to 2021. Crypto cannot compare to this, and moreover, the gains for stocks tend to hold better compared to crypto gains, for the reasons above.

Tesla went from losing money to generating over a billion dollars in annual profits. If Trump’s Truth social network gets even just a tiny fraction of Facebook’s or Twitter’s marketshare, that is potentially worth billions of dollars. But crypto cannot generate any profit at all. It’s just all ephemeral hype, and thus why the gains do not hold.

Overall, because Bitcoin cannot generate value on its own, it requires an increasingly large amount of hype and capital to make the price go up, and negate the selling from early adopters selling to late adopters (like a pyramid scheme). Getting from $60k to $100k will be insurmountable, if not impossible.