I was going to do a politics or finance post but making fun of BItcoin is more fun.

Mike Saylor, not to be confused for the other Sailer (Steve), who is not an idiot.

Mr. Saylor sunk another $400 million into Bitcoin with borrowed money:

This brings Microstrategy’s debt load to around $2 billion. Many of his Bitcoin purchases are underwater to varying degrees, including this most recent purchase, which is underwater by 10% as of posting this. I cannot think of a worse use of $400 million than throwing it in the Bitcoin black hole. What a retard…if Bitcoin keeps falling he is going to be in debt to the turn of billions and no way to repay it but to issue more debt to cover earlier debt and at a much higher interest rate, creating a debt spiral.

Already, MSTR had to take a $285 million ‘impairment hit’, which is an indirect way of saying that MSTR has to adjust its balance sheet to account for recent Bitcoin losses. This portends to much more loses and adjustments to come.

Here are some of MSTR’s most recent Bitcoin purchases:

So seven purchases, all at a deep loss now.

I wonder how much that beautiful model ship (in the background) will bring in at auction after the lawsuits start and he has to declare personal bankruptcy? 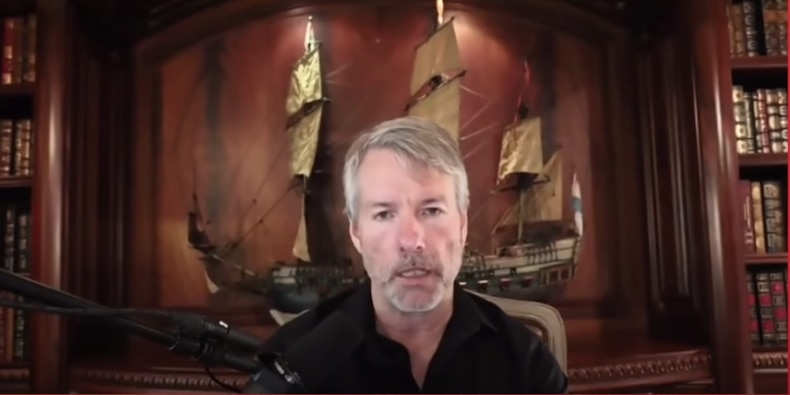 Overall, his average purchase price as of February 2021 is $23,000. So he is technically still ahead by about $8,000 per BTC as of writing this, but at the rate things are imploding, his whole 100,000+ BTC stake will be net-negative by July or so or end of June. If BTC falls to $10k, which is likely, then he will have incurred losses of around $1.5 billion.

Had he invested the $2 billion in FAANG stocks instead (such as Amazon, Microsoft, Google, Facebook, Paypal, Visa, MasterCard, Apple, Uber, etc.) he would have made about the same amount of money but with much less volatility.

Today’s second Bitcoin idiot is Adam Back/Beck (not to be confused for Glenn Beck or the artist Beck), commenting on the FBI seizure of the Colonel Pipeline ransom:

#Bitcoin was NOT hacked
No bitcoin wallet was hacked, nor is even known to be possible. Ransom hackers used a rented cloud server. FBI got a subpoena and took control of it and recovered coins. That's it.

This is wrong though. Bitcoin wallets can and have been hacked, usually due to faulty implementation of the key generation process, such as insufficient entropy or predictable entropy. A Bitcoin private key is only truly private if the entropy of the key generation process is completely secure and uncompromised. There is no way of knowing if the keys of the hackers were not already compromised.