I saw this article from the Tim Ferriss Blog, Ten Lessons I Learned While Teaching Myself To Code, in which technology columnist Clive Thompson explains how he taught himself to code:

Join the club! We live in a time when, as the venture capitalist Marc Andreessen famously put it, “…software is eating the world.” So the people who know how to program are in a catalytic spot; they can make things happen. Maybe you’ve watched this from the sidelines and thought: Huh. Could I learn to do that? Perhaps you’re out of school; maybe you can’t afford either the money or the time to go back and do a four-year degree in computer science. You’ve seen a zillion of these online tutorials in coding. Could you just sort of, well, teach yourself?

The short answer is: Sure you can.

The longer answer is… the rest of this essay.

The reason why I think you can do it is that I’ve met tons of people who did. I’m a science journalist who spent three years interviewing about 200 programmers for my upcoming book Coders: The Making of a New Tribe and the Remaking of the World. The bulk of them had studied computer science, but a surprisingly significant minority were self-taught. They were artists or accountants or speechwriters or marketers or musicians or carpenters or stay-at-home parents or people from just about any walk of life, but they’d gotten interested in coding, buckled down, and learned.

It’s not too surprising that the author, who is a reputable science and technology journalist with many decades of experience, was able to learn coding. His credentials and biography suggests an IQ of at least 120, which according to testing data is sufficiently high to learn coding. Data provided by testing service Wonderlic shows that programmers have Wonderlic-converted IQ scores of at least 120.

They inspired me, frankly, to dive in and teach myself. I’d gone my whole adult career doing essentially no coding. As a teen, back in the ’80s (I’m old, people), I’d learned some BASIC on those computers you plugged into your TV. It was a blast—I made little (terrible) video games and insult generators and bits of computer music, but I didn’t get very far because my mother refused to let our family own a computer. (“He’ll just sit around playing games all day long,” she told my dad.) So I never studied coding and, instead, did degrees in English and political science. As an adult, I’d really only tinkered with a bit of HTML and some web pages. When I started thinking about learning to code a few years ago, I had a day job and couldn’t study full time.

It would actually be more surprising if he was unable to learn to code, because that would go against such data. The question is, can someone with an IQ of only 95-105 learn to code proficiently, and the answer is likely not.

A common argument is that some people are ‘wired’ for math and other abstract skills, whereas others will never become proficient at math. However, all components of IQ—verbal, quantitative, spatial, etc.–are highly correlated. Although lopsided scores are more prevalent among the highly intelligent, it’s uncommon for someone to be very strong verbally but weak at math. Math and verbal SAT scores for example are highly correlated, and high verbal scores confer with high IQ. For someone who is strong verbally and has a high IQ, being mediocre or poor at math isn’t usually about not being smart enough, but rather more likely attributable to poor pedagogical methods, a lack of interest, or not studying it rigorously enough. 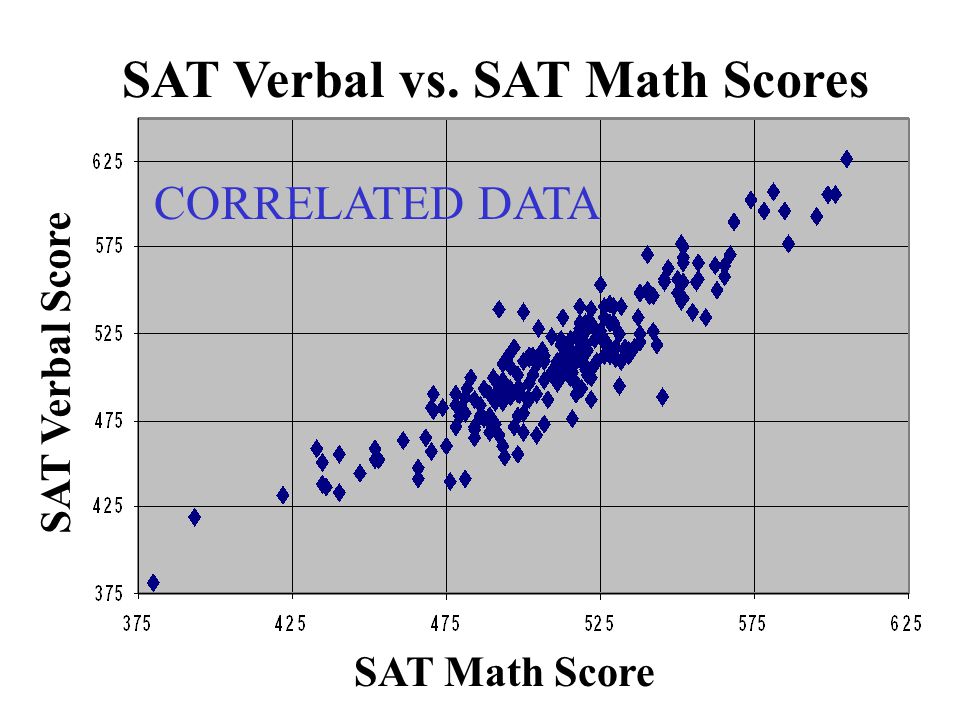 I see it all the time…people who are strong at STEM and are very proficient at writing. Examples such as Gwern, Scott Aaronson, Moldbug, Jim, and Eliezer Yudkowsky immediately come to mind, but also Richard Dawkins, Sam Harris, and theoretical physicists and authors Brian Greene and Sean Carroll.

On the most extreme end of cognitive demands, math is harder than verbal, such as for example string theory or the Riemann Hypothesis, but in terms of medians, writing is more difficult. I think most average-IQ people, with enough practice, can grasp an undergraduate math curriculum, but learning how to write effectively is likely out of reach for these people. Their writing will always sound amateurish and stylistically impoverished, no matter what. Quality of writing, although obviously more subjective than a science, can still be quantified. For example, Jonah Goldberg in a recent NRO column likens Trump’s win to picking a lock, “Trump won in 2016 by picking the lock of the Electoral College while losing the popular vote by nearly 3 million votes.” I don’t agree with the column, but his use of visual metaphor, although subtle, adds richness to the writing and is picked up by more astute readers.

Someone with a near-ceiling verbal SAT score is almost always smart, but it’s not unheard of for people of only slightly above average IQs to have strong math SAT scores. Some of this is due to the verbal part having a higher ceiling, especially on ‘old’ versions of the SAT (such as before 1995), but also verbal may have a higher ‘g-loading’ than math/quantitative as shown by how verbal has the highest loading of all sub-tests: 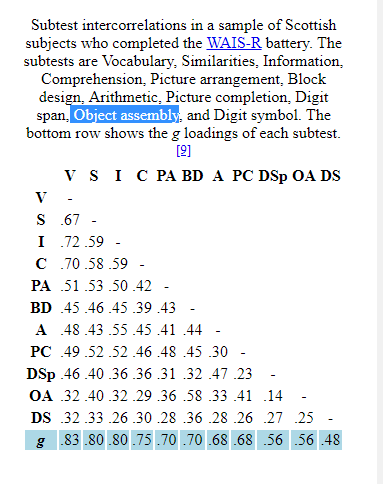 As discussed in Bret Stephens: Tips for Aspiring Op-Ed Writers and In Defense of the Journalistic Method, effective writing, which I define to be writing that transports well across ideological lines and is, in general, well-received) requires understanding stylistic and expositional subtleties and techniques, that, unlike math, are not taught in school and have to be acquired independently by observation.

Look at Quilllete articles. One thing I have observed is that Quilllete articles are well-received wherever they are shared or posted, expect for perhaps the most extreme of left-wing communities, in contrast to articles on Unz.com, which tend to not do as well. Same for Ann Coulter and Paul Krugman articles, which do poorly, but Ross Douthat, Kevin Williamson, Noah Smith, and Andrew Sullivan articles do well in terms of being well-received by a wide swath of readers. Because the ultimate goal of writing is to convey the author’s message, Unz.com articles are less effective in this regard, but Unz.com HBD articles tend to be better than foreign policy ones. Given the skill involved in learning the subtleties of writing viral, effective articles–and especially given the high g-loading of verbal skills–I would wager that most journalists probably can learn to code.