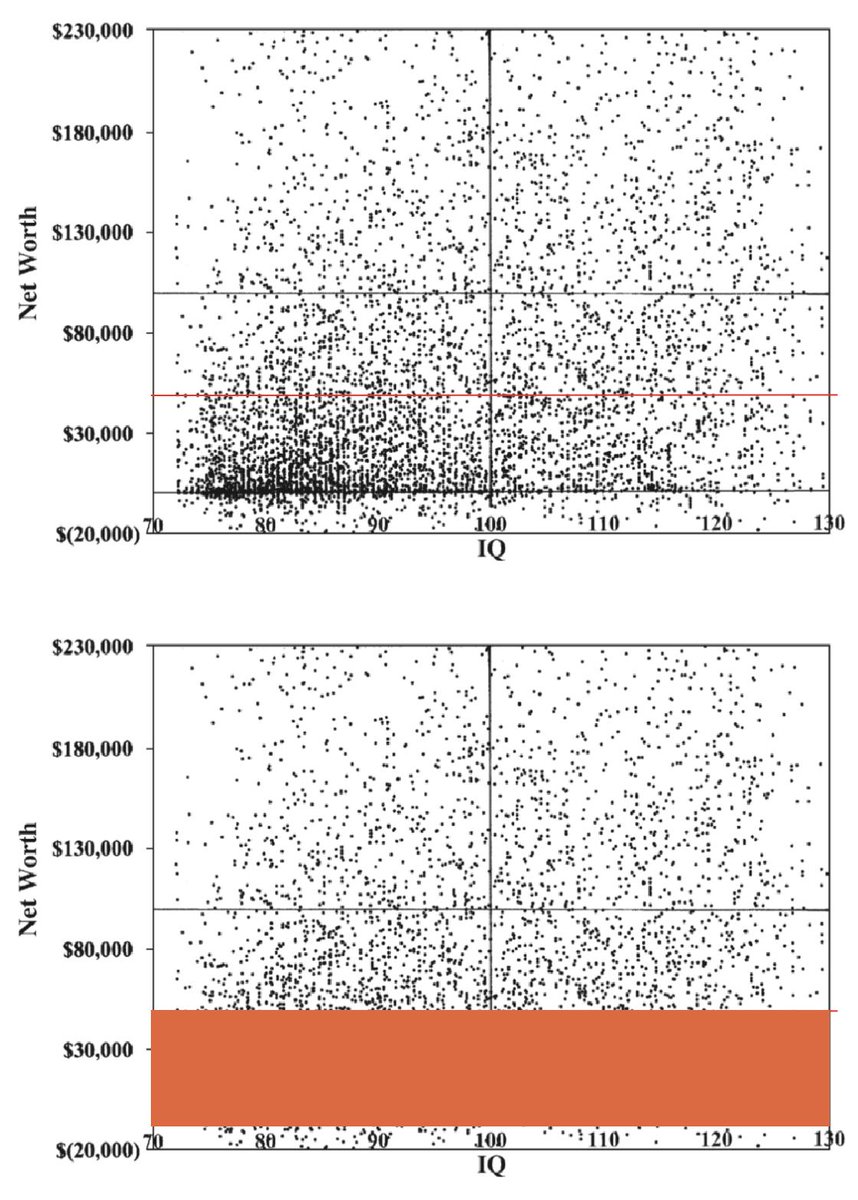 2. It uses old data. The study follows “young baby boomers 21 times between 1979 and 2004,” which is many decades ago. However, recent trends in technology, ‘the information age’, automation, and the post-2009 bull market has created an economic environment that likely strengthens the correlation between wealth and IQ, whereas in the 50’s-90’s, the correlation was weaker.

I think “Reddit test” is better, because it’s most applicable to today’s economic environment and how people define actual wealth. Instead of finding correlations between all levels of wealth, let’s just focus on wealth above $500,000, which is considered the minimum threshold for a “high net-worth investor,” because that is what people have in mind when they think of ‘wealth’, not the difference between $30k versus $100k. Although this cut-off may seem arbitrary, we’re interested in uncommonly high wealth; the cut-off could just as easily be $400,000 or $600,000, but if it’s too high then finding enough data will be difficult. And let’s restrict age to <40, because older people tend to be wealthier than young people, by virtue of working longer and compounding money longer. We're interested in studying people who accumulate a lot of wealth early in life. It's more impressive when a young person accumulates a high-net-worth than an older person who does so. It is also possible to run this on other IQ intervals, such as 110-120, and 100-110, etc. to test for robustness of findings. The odds ratio is a useful tool for quantifying the strength of the association between two variables, those being high-net-worth and IQ. So based on the above conditions, according to empirical evidence of self-reported net worth on personal finance and investing subs by Reddit users, my hypothesis is, the odds ratio of having an IQ above 120 and a net worth >$500,000 is way higher than a control average-IQ group. I predict it’s not even close. Maybe you’ll get a single tradesman who worked 80 hours a week or a lucky entrepreneur or two in a low-tech field, but it’s high-IQ all the way. This blows out of the water the argument that there is no link between the attainment of a high-net-worth at an early age and IQ. People like Taleb think their out-dated, manipulated scatter plots can override the manifestly obvious empirical evidence that proves them wrong.