In the past, I dismissed Paul Krugman as just another partisan liberal, but his recent podcast with Ezra Klein surpassed my expectations and I found myself agreeing with some of it, and much of it can be explained from an HBD-based perspective.

Ezra Klein:
Republicans are adding a trillion or more onto the debt over the next decade, and probably more after that, to pass this bill. This is after Republicans spent all of the Obama years saying that debt is the biggest problem facing the country.

Democrats are calling them hypocrites for that. But Matt Yglesias had an interesting piece the other day arguing that Republicans are right: Debt and deficits don’t matter that much, the bond markets are not freaking out over this tax bill, and Democrats should rethink their position here. So do debt and deficits matter, and if so, when?

Paul Krugman:
The United States is in a range where we really should not be worrying about debt. Britain spent most of the 20th century with debt levels well above what we have now, and never seemed to have any problem with that. Japan has debt of 200 percent of GDP, and people keep betting against Japanese government bonds, saying that there’s bound to be a crisis; people call that the widowmaker trade, because so many people have lost so much money betting that the markets are going to reject Japanese debt.

It turns out that advanced countries, politically stable countries, have a tremendous amount of leeway on debt. We are nowhere close to anything that looks like a red line. If there’s something we ought to be doing, we shouldn’t let the deficit impact deter us from doing it.

Even though I’m on the ‘right’, I agree with Krugman regarding the national debt and low interest rates. When people see figures like “$14 trillion of debt,” they freak instead of putting it into the proper context. The interest paid on the debt relative to GDP is very low, America has a lot of leeway, political stability, an economic environment conducive to capitalism and business, and also reserve currency status. 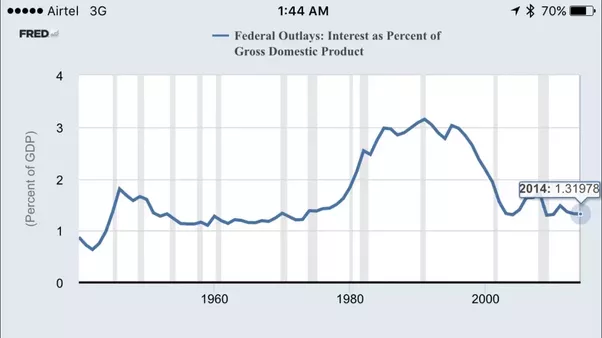 Form an HBD perspective, high-IQ countries such as the United States and Japan can borrow at very favorable terms, whereas smaller, less-intelligent countries such as Greece and Brazil must borrow at very unfavorable rates. IQ is just one variable, but, generally speaking, the less intelligent a country is, the worse-off it is on a range of metrics, but more specifically, the poorer it is on a per-capita basis, on an inflation-adjusted basis, and on a US-dollar basis. When liberals complain about stagnant American worker wages, they are not taking into account purchasing power and utility. They are also not taking into account the post-60’s surge in entitlement spending, that mirrors the purported decline in inflation-adjusted wages. 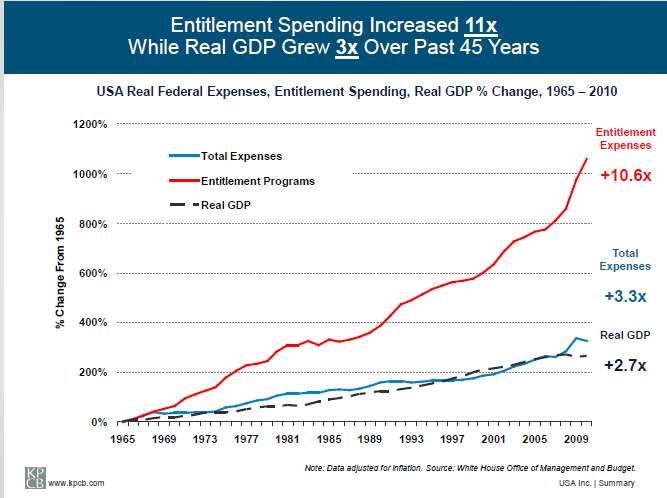 HBD explains why some countries grow faster than others and or have such low interest rates, whereas less intelligent countries pay much higher interest rates on their debt and have lower inflation-adjusted growth. For obvious reasons, the podcast avoids the issue of IQ.

Japan has had low rates for decades, so the empirical evidence, at least, shows perpetually low rates are sustainable for very long periods of time, perhaps indefinitely. Reserve currency status and the fact nearly everything in the world is denominated in US dollars means, if in a pinch, the treasury could print the money and Americans would not see a decline in actual wealth, whereas other countries would suffer from falling currencies, and hence wealth destruction, if they did that. For example, the Forbes 400 list is denominated in dollars, not Yen or Euros. Even if printing money causes the dollar to fall relative to other currencies, Americans would not lose wealth.

But this is not an invitation to wasteful spending, but from a utilitarian standpoint, government spending can boost total welfare if such spending allocates capital in a manner that the private sector is unable to achieve, and or is such spending emulates already existing and successful private sector initiatives. For example, government spending on high-IQ initiatives, such as a high-IQ basic income and related ideas, could grow the US economy by creating the next generation of Teslas, Googles, Apples, and Facebooks. If national wealth, prosperity, and individual living standards are positively correlated with national IQ, it cannot hurt giving America’s ‘best and brightest’ the tools and means to live to their full cognitive potential. Second, it would be be productive to fund technologies and research that would raise national IQ. If genes that lower IQ were somehow filtered/eliminated, society as a whole would benefit. But IQ, being a polygenetic trait, is complicated and much more research needs to be done; hence, the need for federal funding for genomic IQ research. Other initiatives could include increased federal funding for research in fields such as life-extension, space exploration, and theoretical physics.

On a related note, the Flatiron Institute, launched in 2016, is a private research center funded by multi-billionaire hedge fund manger James Simmons to “advance scientific research through computational methods, including data analysis, modeling and simulation.” So far, it has been a success, “…in just a few years, Flatiron researchers have authored, or co-authored, more than two hundred and eighty scientific papers.” One of the advantages the Flatiron Institute has over research universities is that the institute pays its researchers much more generously and has access to among the most advanced equipment and labs.

Just as the government does not build the roads and the military–rather the work is outsourced to contractors–the government could fund such institutions, that would function as quasi-private entities with their own board of directors and compensation, with only limited government oversight. New York’s eight specialized high schools, which select for high-IQ (and not surprisingly, certain groups are not as well-represented as others), consistently rank among the top 50 high schools nationally, a list which includes super-expensive elite private high schools, and is an example of how government-funded programs targeted towards America’s best and brightest can be as competitive and effective as private institutions. Having dozens of such federally-funded research institutes and schools all over the country churning out research, could lead to the development of technologies that would grow the the economy and raise living standards.

As an example of a recent success story of how government spending can complement the private sector, boost innovation, and also turn a huge profit, in 2008, Tesla, a high-IQ company with a high-IQ founder, received a $465 million loan from the government as part of the 2008 auto bailout. In 2013, despite all the doom and gloom from the liberal media about how Tesla would fail, Tesla repaid the loan in full in 2013, and Tesla as of today is a $40+ billion company, a ROI of about 80x. Such spending if targeted at high-IQ companies with high-IQ founders, could work. Instead of more entitlement spending and welfare for the bottom 10%, how about more spending for the top 10% for a change, and perhaps the ROI would be a lot higher, too.