You cannot gauge America’s exceptionalism or lack thereof with a public sentiment poll. The data is more important and suggests that contrary to popular belief, America’s economic and foreign policy hegemony has only been strengthened in recent years, not lessened. Like it or not, America is more important and indispensable than ever, especially as measured by GDP, economic & military influence, manufacturing resurgence, record profits & earnings, low treasury yields stemming from huge demand for our currency, and enormous stock market gains. As we explained last week, the ‘post America’ era that the left predicted would happen in the aftermath of the 2008 financial problem never occurred. A lot of Americans feel frustrated that they are not participating in the economic boom and are interpreting their problems as being symptomatic or indicative of weakness of America in general, when the later is not true and is an example of the fallacy of composition – of trying to infer or extrapolate the health of a large system (the U.S. economy) by one of its smaller components (a citizen). Many on the left go further, actively seeking and wanting America to fail so that the rich lose money. 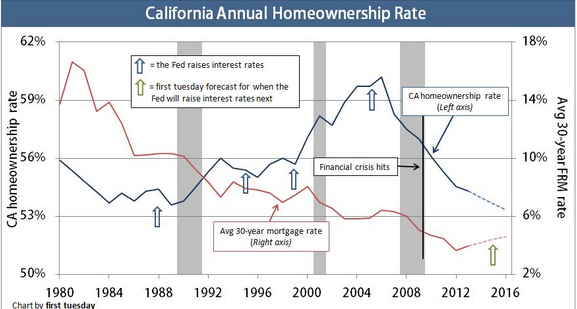 Lack of housing affordability is a problem I can live with. Think about it like this: if you drop $100 million on a Warhol painting, do you want Warhols to become more affordable? It’s not that real estate is a bad investment; it’s that most people are bad at investing in real estate, and then when they lose money they call it a bubble.

A common mistake by James Altucher and other ‘business writers’ is treating income from a career as being analogous to a stock transaction, where the objective is to get out at the top. This is wrong. Unlike a stock, you cannot lose money with income, and timing is not as important. Jerry Seinfeld should have taken the $100 million offer to do another season. Same for Dave Chappelle literally running away from $50 million. Irrevocable stupidity. And for what? Street cred? That passing up on large sums of money makes you a more evolved person or satisfies some non-pecuniary higher calling? Unlike a stock transaction, you cannot lose money by sticking it out in a job. The worst that can happen is you produce material that isn’t as good as your peak, but this is inevitable in any business or profession, and your fans won’t hold it against you. They will just adjust their expectations for your future work. Yes, technically there is an opportunity cost, but does it exceed $50 million dollars? Look at Dave Chappelle now. He’s getting booed off stage, and worst of all, he’s aliening his fans – the very people that made him a household name over a decade ago. Look at Seinfeld. Pretty much downhill since then, too.

Millennials are not working

Despite a poor job market, another possibly is that the millennials, being the smartest and most educated generation ever, are delaying careers, family formation, and home ownership for longer-term investments like education. While worse-off now, when in their 50’s, millennials will be in a superior position than their parents when this tradeoff between short-term gratification and long-term education and planning finally pays off. Millennials that live with their parents are prudently saving money for their future instead of making landlords rich.

More evidence of American exceptionalism: Why China’s rich are leaving

Where to? America, of course, despite the left constantly complaining about wealth inequality and not enough jobs being created. To the economically productive in the top 1%, as well as the cognitive elite, they love the free market capitalism and premium on being smart that America offers, as opposed to the egalitarian mediocrity and anti-intellectualism pervasive in liberal socialist countries. Rich foreign parents immigrate to America so their smart kids can go to Harvard, get a job Wall St., and buy a big home – not to complain about the economy being weak, as liberals like to do.

Rich foreigners are also bidding up high-end real estate, and as much as the left insists it’s a bubble, wealthy investors are unfazed. That’s why liberals are losers because they think their opinions matter outside of their echo chambers. They insist stocks & real estate are a bubble, that the economy is weak, the world is becoming more violent, and that wealth inequality is a big deal – but to the people that actually contribute to the economy – they don’t care what the left thinks, except for amusement perhaps. They (the left) may as well be talking to the wall. For example, supply side and its variants has been the default economic policy since Nixon, as much as the left, especially Paul Krugman and Robert Reich, has tried to discredit it.