The world is awash with liquidity. We’ve been saying that since 2011.The smallest hiccup creates a huge flight to safety into safe havens like U.S. treasuries, even as stocks keep rising or the fed begins tapering. In the mean time, I would rather worry about something that actually concerns most of America, like income inequality. I’m talking about meth addicts in “white trash” neighborhoods that are overworked with two jobs. Or the inability for so many parents to furnish their children with good technology and educational enrichment. Or the shitty healthcare they probably have. Or about the total stagnation of incomes for the bottom two-thirds of the income distribution.

Don’t think too many meth addicts are gonna be holding jobs, let along two jobs, which gives me an idea for an unexpected benefit of drug legalization: it will get people out of the workforce and into rehab, making it easier for job seekers to find work before their benefits run out. Those who become unemployed due to drugs will get benefits. Thus, drugs can act as a mechanism to force people into early retirement or hiatus.

Also found it funny how he losses his temper and academic demeanor by calling the U.S. healthcare system ‘shitty’. All developing countries have local hospitals free of charge, but they are often very crowded with long wait times, staff shortages, and old, out-dated machines and treatments. In the U.S., universal care is provided under Emergency Medical Treatment and Active Labor Act that requires hospitals to provide emergency health care treatment to anyone needing it regardless of citizenship, legal status, or ability to pay. There are no reimbursement provisions. So what about those highly evolved Nordic countries? They must be so smart and evolved that their healthcare is superior to ours unless, of course, it isn’t… From Universal healthcare’s dirty little secrets

Britain’s Department of Health reported in 2006 that at any given time, nearly 900,000 Britons are waiting for admission to National Health Service hospitals, and shortages force the cancellation of more than 50,000 operations each year. In Sweden, the wait for heart surgery can be as long as 25 weeks…

Not sure about furnishing children. Sounds dehumanizing, like furnishing a chair with accoutrements but, instead, doing it to a kid. Please don’t furnish your kids.

Income stagnating? Has he ever heard of the sticky wage phenomenon? Or that nominal wages keep rising? 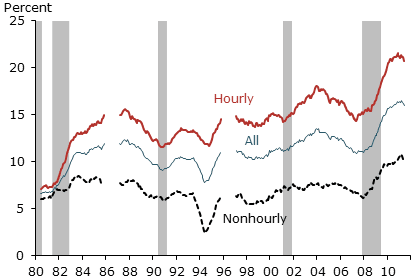