I don’t think annual prediction posts are that useful. Hardly anyone gets most of their predictions right, but it’s a tradition among bloggers to post annual predictions, and it’s fun to do. It’s hard enough getting the facts right, let alone the future. 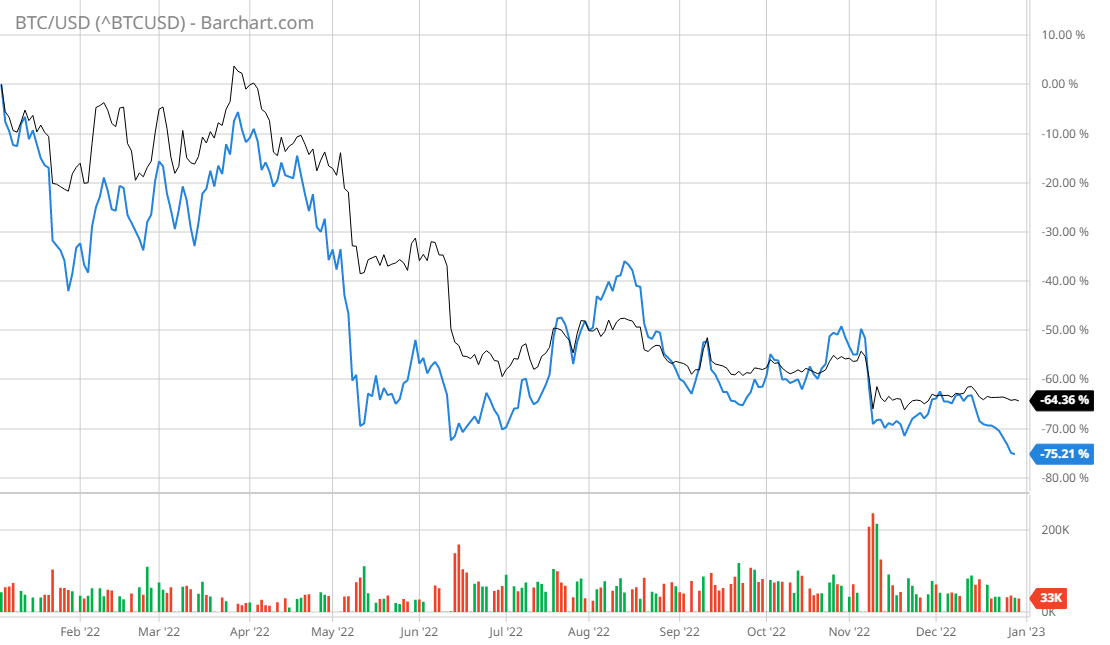 Who would have guessed that taking financial advice from a cokehead would be a bad idea.

-I was right about ARK crashing, also down 67% for the year compared to the S&P 500 and Nasdaq being down much less: 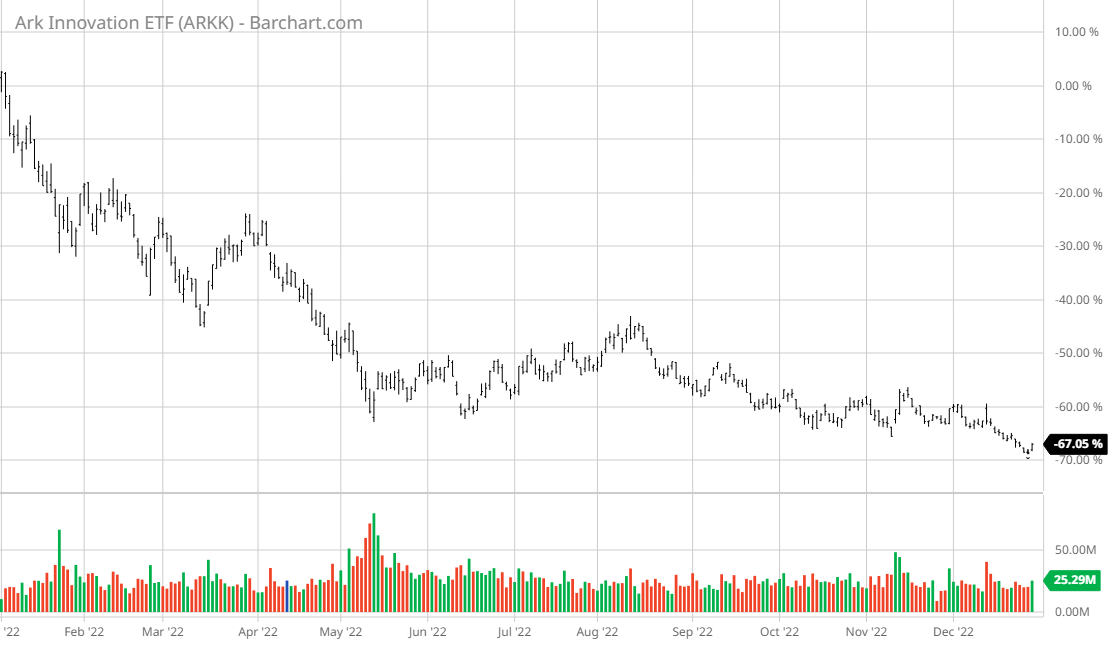 -By buying out Twitter, I was right about Elon’s brand rising to new highs. He’s arguably one of the six most important people in the world right now, along with Xi Jinping, Jerome Powell, Vladimir Putin, Jeff Bezos, and Ron DeSantis (maybe tied with Trump). I would include Biden if he was actually in charge, but I cannot include his handlers as a ‘single person’.

-I was right about Trump not being indicted, about the Mar-a-Lago raid being a nothing-burger.

-I thought Musk would close the deal on Twitter in April, but he delayed until October, citing bots and the withholding of information on the part of Twitter. So I was correct about him buying the site, but did not foresee him stalling.

-I was right about no escalation of the Russia-Ukraine war, correctly predicting it would drag on without any additional countries getting involved or marked intensification of the conflict. But I wrongly predicted Russia would not actually invade Ukraine.

-3x ETFs (they fell a lot, down 60-70%, but unlike Bitcoin and Ark, they will recover when the market does, but it may take several years)

-Tesla stock: cut in half.

-I got around to writing the trading guide I promised to write (my penultimate post for the year).

-Wrote math paper and published it to arXiv, which although is not an actual journal, is good enough. Unlike Taleb’s papers, it’s not a 4-page Mathematica PDF with 4 co-authors and 40 references. It involves proofs and an actual logical flow in which later results build on earlier ones, and to the best of my knowledge having read a bunch of other papers, has original results, not cut and pasting formulas from Mathematica and putting them in a PDF. I started with Feller’s An Introduction to Probability Theory and Its Applications (there are free PDSs floating around online). It’s a good all-around intro textbook to combinatorics and discrete math.

-Lost weight. If I round my height up to the nearest inch, I just barely squeak by being in the ‘healthy weight’ BMI category

-I am going to rollover my 2022 economics forecasts, meaning that my 2023 forecasts are unchanged from 2022. Inflation will subside, but this is not saying much. The stock market will likely go up if history is any guide. The last time the S&P 500 had two consecutive double-digit negative years was 2000-2002, so 22 years ago.

-Ukraine situation drags on with neither side making meaningful progress, nor any resolution.

-SBF gets a surprisingly lenient sentence (‘only’ 10-20 years, not the life sentence some are predicting).

-Twitter muddles along with Musk at the helm, no loss of userbase or advertisers. Elon remains as owner of Twitter, although he may step down as CEO.

-Get three more papers on arXiv. Given that they are already written, this should possibly be easier.

-Running my Bitcoin shorting method along with my 3x ETF method. This way I can make extra money by shorting Bitcoin whilst benefiting from upside in equities. This has worked so well I regret not doing it sooner.

-Try Substack? I want to a/b test and see if Substack is better

2022 was great for Substack, with authors making record $. I think Substack as a platform will succeed, but Substack, as a company, is overvalued. There is no substitute for skill and talent: that’s why Substack writers have done so well and why crypto investors have done so poorly.

But it was bad year for crypto and stock market investors/speculators. Careers have been destroyed in 2022. Many people who I follow online, who are involved in crypto and or investing, have stopped posting altogether or are posting much less often–losses will do that. People who turned to ‘crypto experts’ or ‘hustle gurus’ looking for shortcuts were led to their immiseration (although, in fairness, even if you think Tate is a scumbag and a scammer, he still only charges $50 for his course, which is peanuts compared to crypto/NFT losses by followers of Saylor, Chamath, Cathie Wood, SBF, Balajis, or Marc Andreessen). Tate is just a low-level grifter; the others are professional conmen. No one is going to invest their life savings on a ‘hustle university’ course like they have with crypto.