Signed by guy who helped you lose everything once. Maybe this time it’s different! https://t.co/MBBy0SOk7L

Cuban and O’ Leary became wealthy selling worthless companies at the peak of the biggest asset bubble ever. There is something wrong with the ‘system’ when people who are so demonstrably incompetent become so wealthy. Mr. O’Leary in 1999 made $400 million selling his software company, SoftKey (later renamed The Learning Company) to Mattel for $4 billion, which was an instant write-off for Mattel. That same year Mark Cuban sold Broadcast.com for $5.7 billion to Yahoo, pocketing $1 billion for himself. Yahoo shut it down in 2002–a total loss. This also makes Broadcast.com the world’s most expensive domain parking page. Cuban’s record would be beaten by Nick Hanauer, who in 2007 sold his marketing analytics company, Aquantive, to Microsoft for $6 billion, which by 2012 was written off by Microsoft as a total loss.

Steal $30 of candy from grocery store go to jail

It’s worth noting that the annual cost of retail theft is equal to 3-4x the size FTX alone, about $100 billion annually, and this is with existing policing measures. Imagine the SF shoplifting epidemic, but in every city and all the time. I think a case can can thus be made to punish smaller crimes more severely. The damage is possibly much worse because the it’s not like anyone just create a crypto exchange as easily as it is to steal from a store.

It's actually funny majority worth in BTC/ETH. Everyone laughs in the bull run (just buy NFTs)

Now in a bear none of the guys who laughed are even on twitter. Back to making $100K at some desk job with Karen

The white collar job is the ultimate ‘hustle’. Accumulated earnings is a monotonically-increasing function that (in most cases) beats inflation and certainty beats crypto, drop-shipping, selling on Amazon, or any the other purported shortcut to riches. (I think real estate can be good, like rental properties. The high barriers to entry help keep competitors away, unlike selling online or content creation.) People with liberal arts degrees and boring desk jobs are making way more money with much less risk, even after accounting for student loan debt, than the typical e-hustler or crypto trader.

Crypto will *unlikely* let you exit. Only 0.1% will exit based on risky bets (95% of whom were born into wealth)

The most viable path is always the same (7 years running): 1) wall st/sales/tech, 2) Internet business, 3) invest any extra money into stocks+crypto+RE.

He’s almost there. At least he’s admitting that it’s unlikely anyone will get rich. This is the bargaining stage of crypto grief. The final stage is acceptance, in which he admits crypto sucks, stocks are better, and that he was wrong. 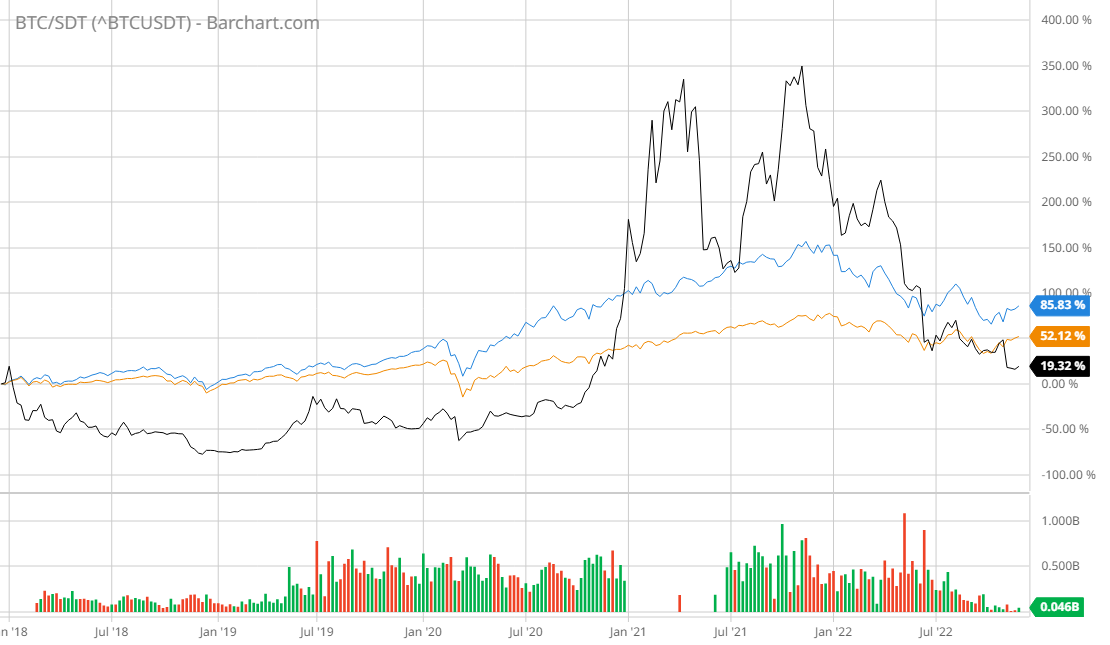 I knew this in Jan 2018 when I predicted that crypto would be weak relative to stocks. By 2020-2021 it looked like I was wrong, but as usual I am almost always right about these sort of things.