I saw this Richard Hanania article Please Don’t Call Me “Heterodox”: The language of dissidence as the mirror image of reading the room:

Many of them also believe that the 2020 election was stolen. I suspect that in some cases they started out by realizing how crazy academia and the media were on matters of race and sex, and then overlearned from that and developed a heuristic of “always trust right-leaning people on the internet over whatever CNN and The New York Times are saying.” That sometimes works, but it’s not the best way to go through life.

Maybe 10-15 years ago I would have been inclined to believe this, but he overlooks how much worse the media has gotten. It’s a useful heuristic that the media is going to be wrong about more things than not. I think anything reported by the mainstream media about race and crime is going be misleading at best and heavily biased or redacted (depending on the race of the suspect).

On November 22nd, 2021, when a driver plowed his SUV into Wisconsin holiday parade, killing 5 people, the media withheld the name and race of the driver, Darrell Edward Brooks Jr., 40, an African American. The headlines, written in the passive voice, made it seem like the SUV had suddenly become sentient and started to kill people, and the coverage was widely mocked on Twitter. Even liberals could not help but to cringe.

Finally, after considerable ridicule on Twitter, CNN amended the headline to mention a driver, but still withheld the race, name, or possible motive of the driver:

However, CNN felt no compunction about mentioning the race and suspect name of the 2022 Buffalo shooter, even ascertaining that it was racially motivated:

“We found some things that show that he was here in early March, and then again, we know he was here on Friday, basically doing reconnaissance on the area,” Gramaglia told CNN’s Erin Burnett. “He was in the store, both on Friday and Saturday.”

Regarding the vaccines, the media overstated their efficacy at preventing the spread of Covid. Same for the efficacy of masks and lockdowns.

From a Feb 2021 NYTs article article Does the Vaccine Stop Transmission?:

The purpose of the Covid-19 vaccines is to prevent death and serious health complications that strain our overburdened health care system. All the vaccines authorized for emergency use do this, and their safety and effectiveness in clinical trials have surpassed expectations. But most people, quite understandably, want to know something more: Will being vaccinated stop the spread of Covid-19 so they can socialize outside their bubbles and dine indoors with abandon?

The article touts Israel as a vaccine success story, and this was in December 2020:

From everything we know so far, it’s highly unlikely that vaccines that are 95 percent effective at preventing symptomatic disease would have no impact whatsoever on infection. Data from animal studies and vaccine trials suggests that vaccination reduces asymptomatic infection, as well as the amount of virus produced in people infected. In Israel, where a substantial portion of the population has been vaccinated, there has been a significant decline in cases since vaccination began in December, with a 49 percent decrease observed in people over age 60, according to a preliminary report. Studies to better determine the impact of vaccines on transmission are ongoing, and in the meantime, if precautions like masking are paired with increasing immunization, SARS-CoV-2 cases should plummet.

Whoops…spoke too soon. What happened with Israel? They had the biggest surge, a year later:

Everyone in the media was wrong…Finally, by late 2021 to 2022, the media conceded that the vaccines are of mixed or zero effectiveness at stopping the spread of Covid:

They do seem to offer significant protection against severe illness, but the consequences of rapidly spreading infection worry many public health experts.

A March 2020 NYTs article praised South Korea’s ‘flatten the curve’ policy as a success: How South Korea Flattened the Curve:

The country showed that it is possible to contain the coronavirus without shutting down the economy, but experts are unsure whether its lessons can work abroad.

Yikes…flatten the curve…more like explode it. Flatten the curve is among the greatest policy failures of the 21st century, comparable to the Iraq War, maybe worse. A mathematically plausible but otherwise impractical construct captivated the world in early 2020. It made a lot of sense in theory, which could explain its popularity: if everyone suffers some inconvenience early in the pandemic, the r_o will fall below some key threshold and the virus will go away and the burden on the healthcare system will be relieved. Even Terrance Tao, a smart person by any objective measure, endorsed the concept:

The problem was, what is mathematically sound in theory does not work in reality. The propensity of Covid to mutate and the inability to adhere to onerous, economy-killing restrictions, made it impractical.

This is just scratching the surface. Remember ‘smirkgate’? Or the 2019 moral panic of an ‘OK hand gesture’ being a coded a racist symbol, which led to a Chicago Cubs fan being identified on TV and banned. Or ‘noosegate’ (the Bubba Wallace NASCAR controversy), which again was another hoax? Or the James Damore memo, which had anyone in the media bothered to read before jumping to conclusions would have saw it it was not at all a sexist screed, but backed by studies and research?

Or the the UVA rape hoax. Rolling Stone in November 2014 published a story that alleged that UVA student—”Jackie”— was raped. An investigation by the fraternity showed her account to be fabricated. The story was retracted on April 5th, 2015, and Rolling Stone was sued by the Phi Kappa Psi fraternity.

The media ran with the narrative that Trump colluded with Russia during the 2016 election, and despite Trump being cleared, the media didn’t recant their original story. [Even if there was Russian interference in the 2016 election, this does not necessarily implicate Trump, a subtle but important detail]. Nor did the media, such as Huffington Post or the NYTs, admit that they they wildly overestimated Hillary’s odds in 2016, and then they pretended it never happened. 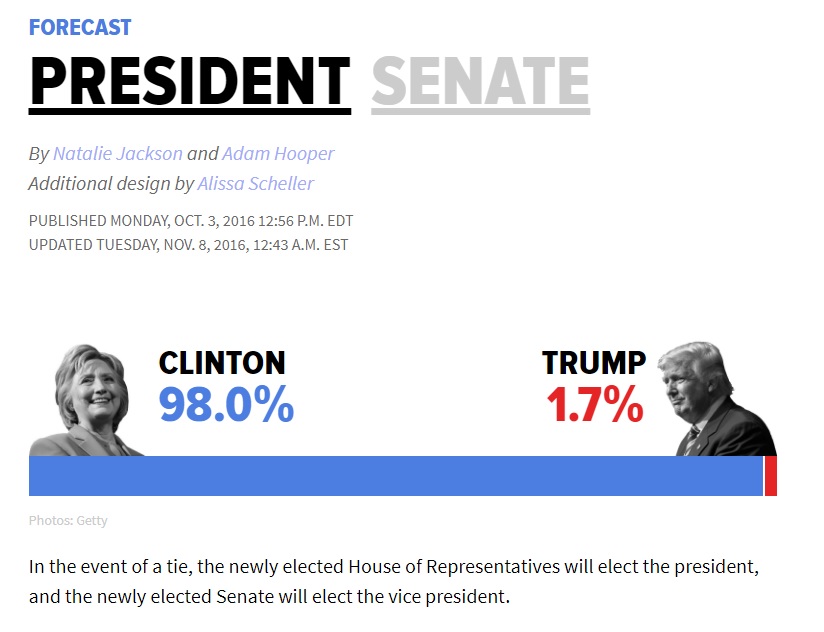 The 2020 BLM and antifa riots, which caused over a billion dollars of property damage (the highest in history and surpassing the 1992 Los Angeles riots), were dismissed or overlooked as protests or civic activism, but Jan 6th was called an insurrection, with non-stop coverage. [Even if you believe it was an insurrection, and Jan 6th protestors and BLM protestors are equally guilty, why the lopsided coverage?] There are so many instances like this, in which the media immediately assumes racist or sexist motives, skipping any pretense of impartiality or independent reporting.