It’s time to review the scorecard.

Amazon stock surged 10% on earnings, on its way to being worth $10 trillion soon. Bezos will be the world’s second trillionaire after Musk, and Amazon stock will go to $500 soon. Amazon dominates both retail (online store, Prime, delivery, etc.) and digital infrastructure (cloud services).

Google also had strong earnings, up 7%. Its ad business is bigger and more profitable than ever. Advertisers for financial niches are paying $10-25/click easily. (Although some niches cost as much as $40-50(!) for a single click.) Multiply that by millions of clicks per month.

YouTube has more ads now than even 2 years ago, such as 15-second ads at the start of videos, outro ads, and ads in the middle of videos. So this is billions of video ad impressions/month. Although there are adblockers, they do not work well on mobile, which has overtaken desktop, and not everyone uses ad blocking. Also, Google invests considerable resources in evading the ad blockers, so it’s like a cat and mouse game.

US home prices keep going up, especially in Bay Area, as predicted. People keep complaining about housing affordably and shortages and nothing can or will be done about it. 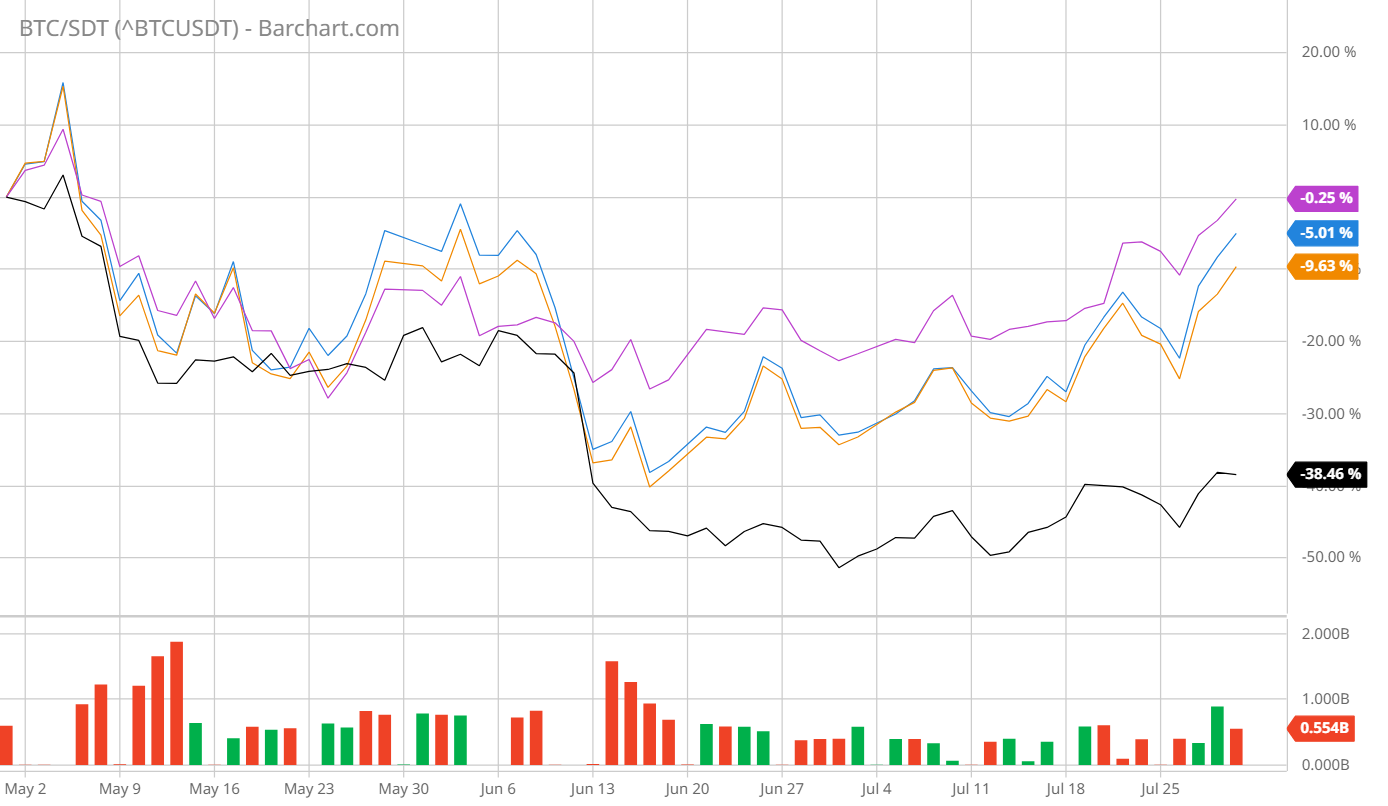 As shown above, TECL (blue), TQQQ (yellow), and TSLA (purple) have pulled way ahead of BTC (black) on a 3-month timeframe. (Disclosure: author owns TSLA, TQQQ, and TECL)

But over a one-year window, TSLA is the clear winner: 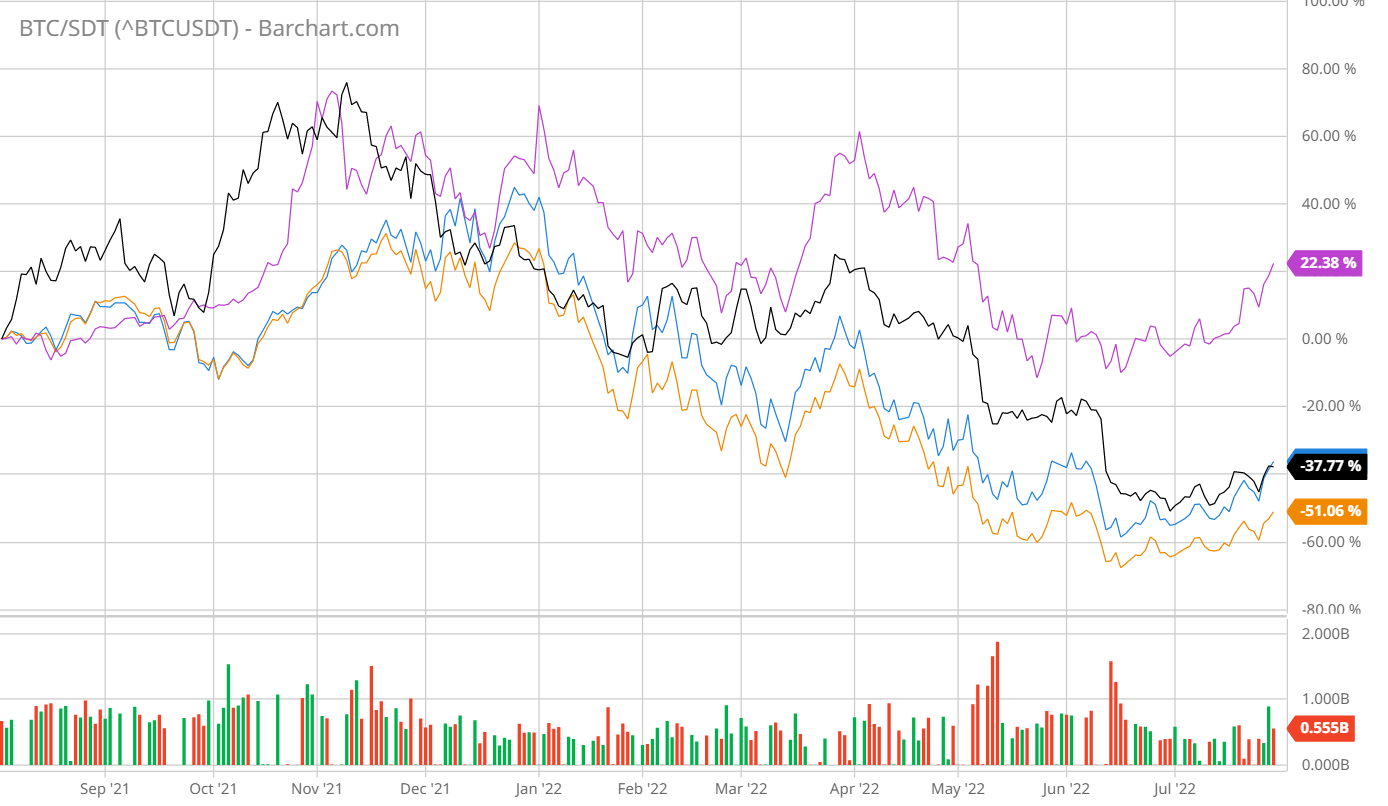 I was also correct about ARKK continuing to fail and lagging the Nasdaq. Cathie Wood will go down in history as the worst fund manager ever, if not already. Girl power!! 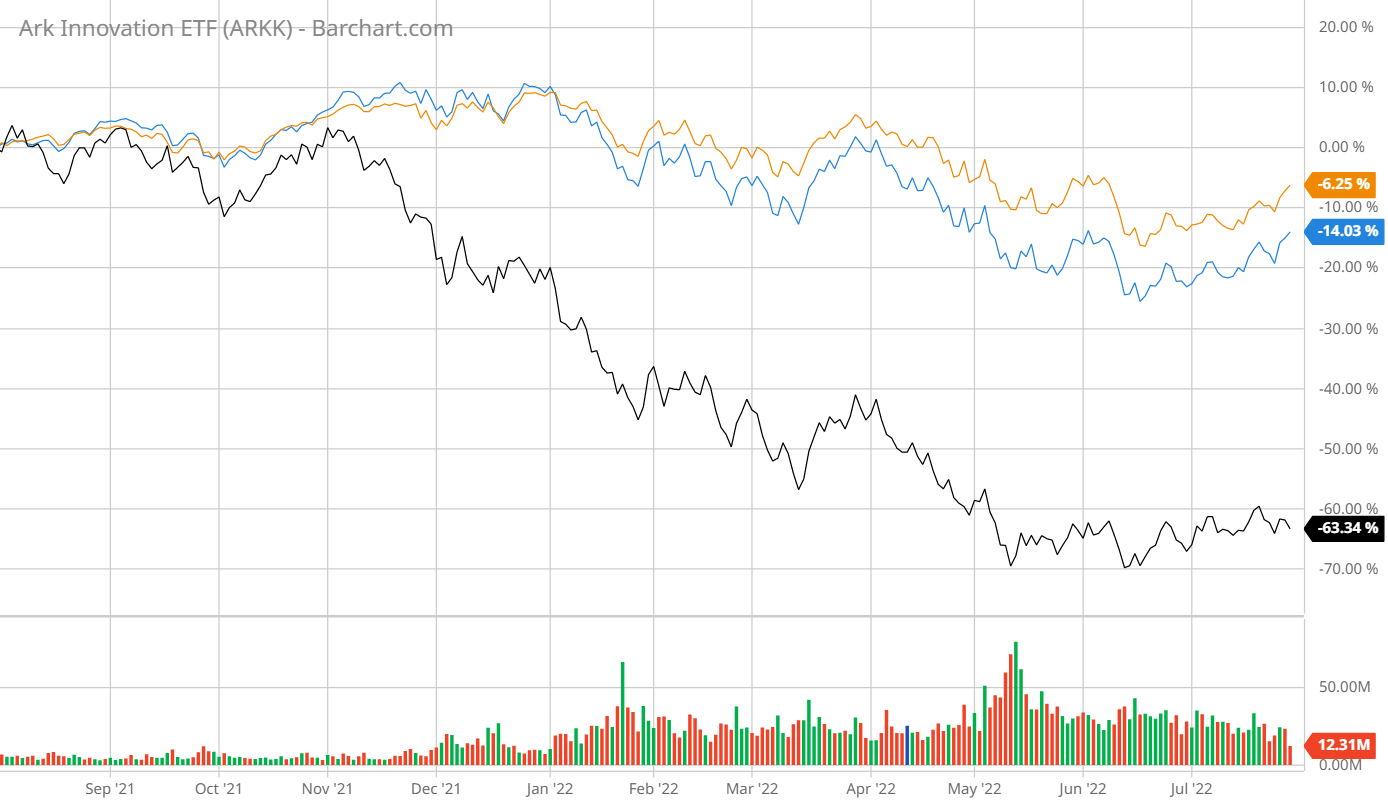 The dollar keeps going up, as predicted:

The above trends agree with my ‘great convergence‘ thesis, that capital flows are converging to just a handful of the best assets: ‘big tech’, the S&P 500, the dollar, and Bay Area and Seattle homes. And flowing out of inferior assets, those being crypto, small companies, less desirable areas, foreign currencies, and emerging markets.

Big tech companies have huge profit margins, market dominance, and intellectual property moats and network effects, unlike over a century ago. It’s not like someone can create another Apple, Facebook/Meta, Google/Alphabet, Amazon, or Microsoft like someone in the 1800s could start another clothes store, mining company, food company, or railroad. Branding and network effects are much more powerful and important today than 100+ years ago. Look how many times companies have tried to come up with alternatives to Office or Windows over the past 30+ years…all have failed to gain mainstream traction.

Facebook. Meta fell 5% on earnings and is below $160, a 58% decline from its peak in 2021. I still believe it will recover to new highs. With a PE ratio of 11 it’s very cheap, compared to 25 for the Dow Jones Industrial average.

Inflation. Everyone got this wrong though except two people, one of them Peter Schiff, whose track record is otherwise terrible. And some other blogger.

Bear market. As I said earlier, getting the exact timing is not important, just the trend. Given how quickly the market recovers, having a bad first 6 months for 2022 is irrelevant if it recovers quickly, which over the past 3 weeks it has. If the Nasdaq goes up 20-30%/year for the next 10 years, like it has for the past 10, who cares if you have a bad few quarters or a bad year. By ‘bad’ I’m talking maybe only being down 10-20% for the year.