And then in April 2022 he reverses course, arguing that policy makers are not doing enough about inflation.

The timing of first article, August 19, 2021, couldn’t have been worse. Although inflation was starting to pick up a bit, treasury yields were still low. The bond market had yet to collapse as it has since late 2021-2022. The expectation was that there would be some rate hikes perhaps by late 2022 or early 2023, but not like today. I was wrong too. A lot of people got this wrong.

What happened was, inflation suddenly got out of control, and like 911 or Covid, this was not something anyone could have foreseen using existing models or historic data. No model could have anticipated this. How do you go from 2.5% CPI to 8%? That is many sigmas of an outlier.

But what about the surging national debt? The national debt has been surging since the early 2000s yet only now has inflation spiked, so this is perhaps insufficient to establish causality.

How about the expansion of the fed balance sheet? Again, this happened in the 2000s without a problem until now.

How about oil and Ukraine? Oil and gasoline prices surged in 2007 and 2013 but inflation didn’t budge much. Gas prices didn’t go up that much in 2013 despite oil being at $100. Inflation was already on track to 8% even before Ukraine.

All of these played some role. Like the straw breaking the camel’s back, for 2021 the market was able to dismiss such problems until in 2022 it suddenly couldn’t.

We may never have a satisfactory explanation as to why this happened. My explanation is that the sudden expansion of personal wealth, such as surging home and stock prices and wage growth, is the main contributing factor. People suddenly found themselves with much more disposable income, so they spent more. And this had more to do with asset price inflation and wages than Covid stimulus. This also contributed to the supply chain and bottleneck problems because the post-Covid recovery was so abrupt, so production capacity, which had been diminished in anticipation of a long and deep recession, could not keep up.

The consensus from March to around June or so of 2020 was that the economic impact of Covid would be a repeat of 2008, possibly worse. The stock market, which had lost about a third of its value in less than 4 weeks, certainly was pricing in such an outcome. And then all of a sudden, in regained it all along with GDP and other metrics. I had never seen the equity markets go from total despair to euphoria as quicky as with Covid.

I think what happened was, the consensus in Feb_March by various health authorities was that Covid had an IFR of 1%, which would have been pretty bad for something regarded as contagious as a cold. But coinciding with the stock market bottom in May/April were several large studies showing that the initial IFR estimate among middle-age people was overstated by as much as a factor of 20, making COvid perhaps only slightly more deadly than the flu, not 100x time more deadly. 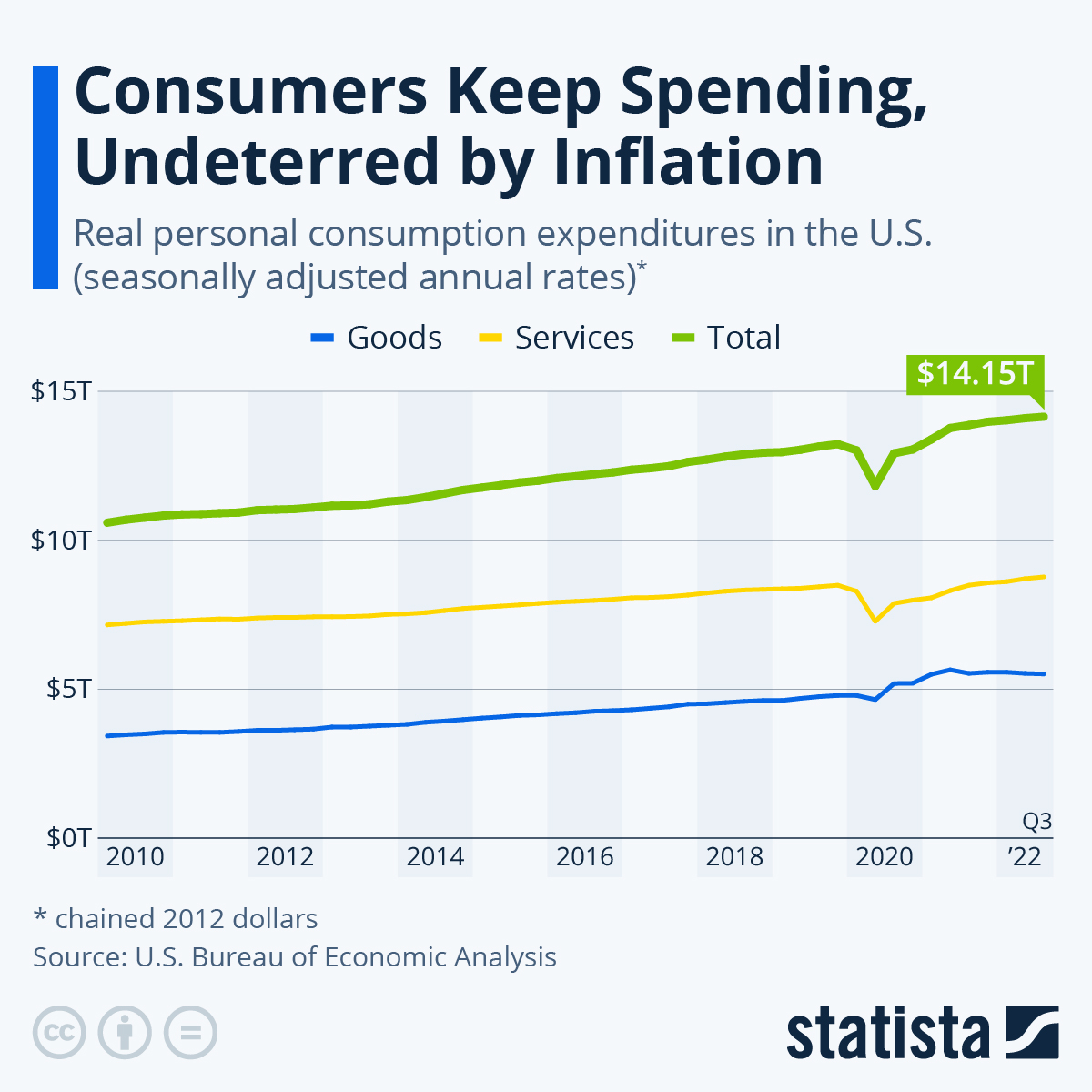 First there was a surge in wages and then 6-12 months later a corresponding rise in inflation:

Ford stock, which had been falling prior to Covid, surged to $25, a record high, probably due to sudden demand attributable to consumers suddenly being wealthier: 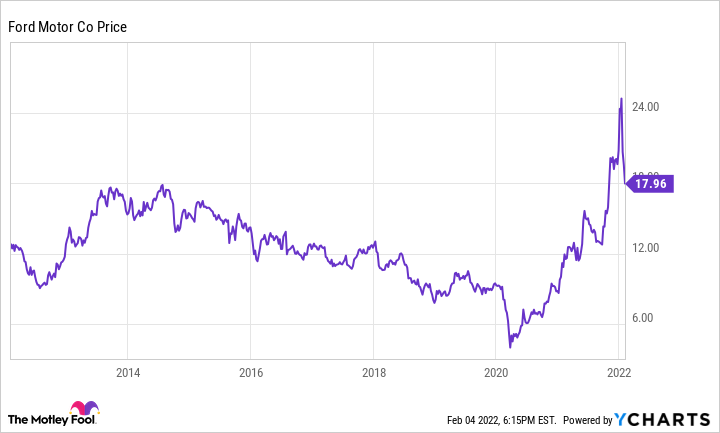 Spending surged from the depths of Covid to new highs far faster than anyone could have ever anticipated. What is notable in all of these is the 12-month lag time of inflation. The economy recovered too quickly from the 2020 lows of Covid, leading possibly to much more inflation 12 months later. Would raising interest rates sooner have helped? Maybe a bit but I don’t think it would have been good enough, because the economy simply recovered too fast.