The black-white SAT math gap is still unchanged since 1996: 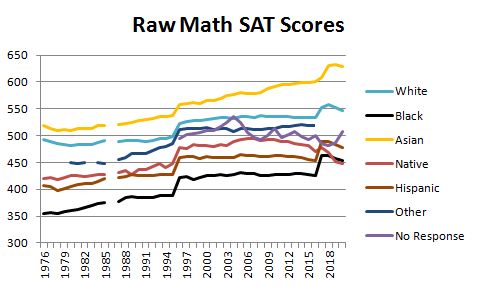 And it holds for income: 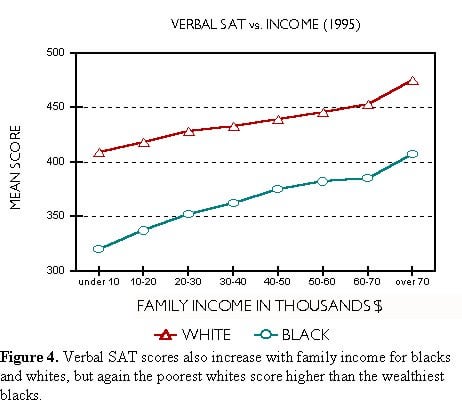 And at all score ranges, especially for top scores:

But how about lead?

Lead exposure has nosedived since the 80s: 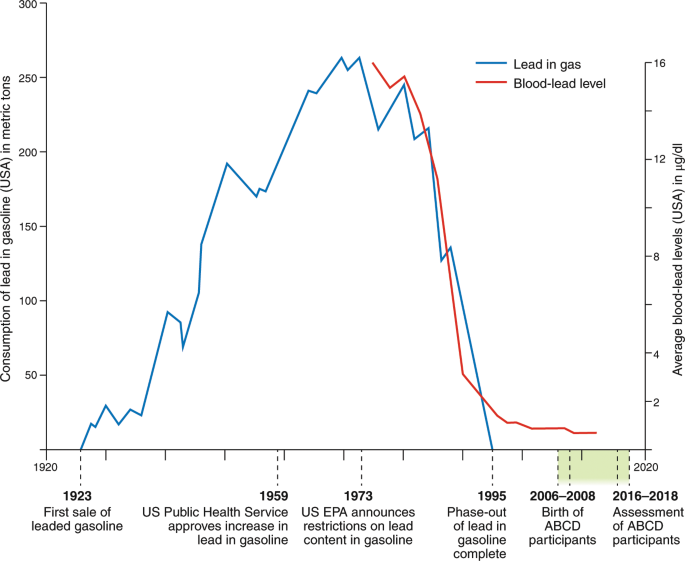 It’s worth noting that according to meta studies it takes >10-15 μg/dL to produce even just a single point of IQ decline. So maybe we’re looking a 1.5 point per capita IQ decline at the very peak of lead exposure, which was in the 70s and 60s. Moreover, it would have been uniform, affecting blacks and whites equally.

So pretty much the problem was gone. Even with an overly generous 20-year lag time between neonatal lead exposure and adulthood, there are still huge racial achievement gaps even today.

How about cultural factors? That too is highly suspect. Why would the SATs be uniquely biased against blacks but not Hispanics, Asians, Indians, or other higher-scoring groups? Enormous, painstaking efforts have been made by test designers to make the questions as racially neutral/unbiased as possible. Blacks are more integrated in American culture–whether it’s politics, pop culture, sports, social media, etc.–than probably any other racial or ethnic minority. In many respects, the left is not wrong when they say that American history is black history. –