The CPI rose 8% from a year ago, generating as expected debate about who’s to blame or what will happen.

Bitcoin cultist “Pomp” tweeted about it:

BREAKING: Inflation was just reported at 7.9%.

This is the highest inflation in decades.

So what did Bitcoin, which for the past year has been hyped as an inflation hedge, do? Fall, of course. It’s down $3,000 over the past 24 hours.

Over the past year BTC has fallen 30%…horrible: 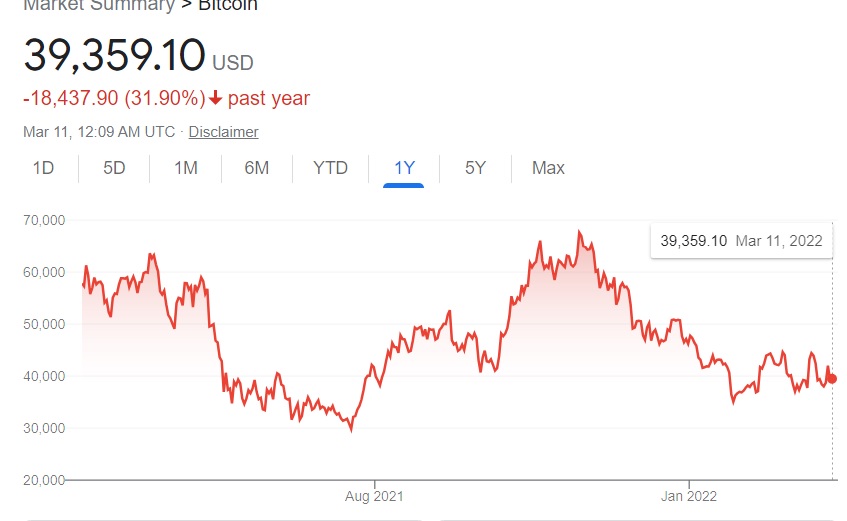 How about gold? Gold is up 15% over the past year. However, it has not done anything since August 2020, so you would have still had a real loss of 10% had you bought: 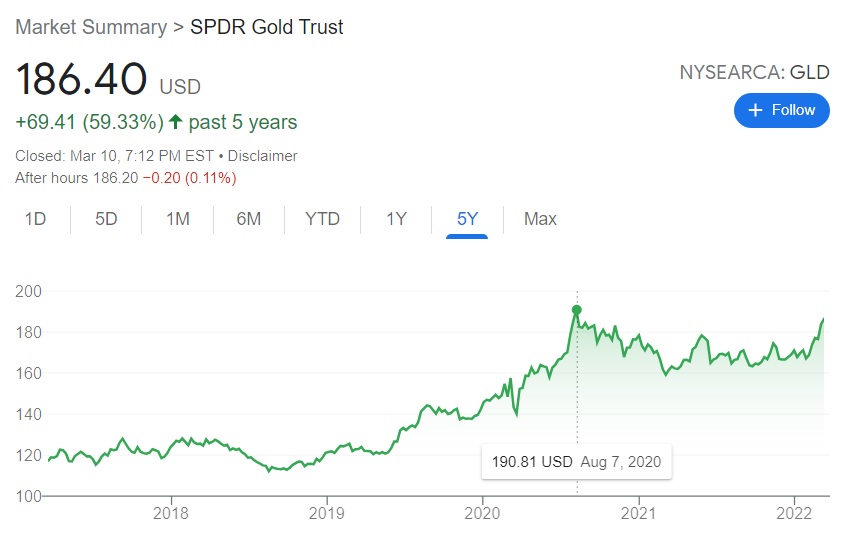 How about oil? Oil has also done well in the short-term but in the long run is terrible or at best mediocre: 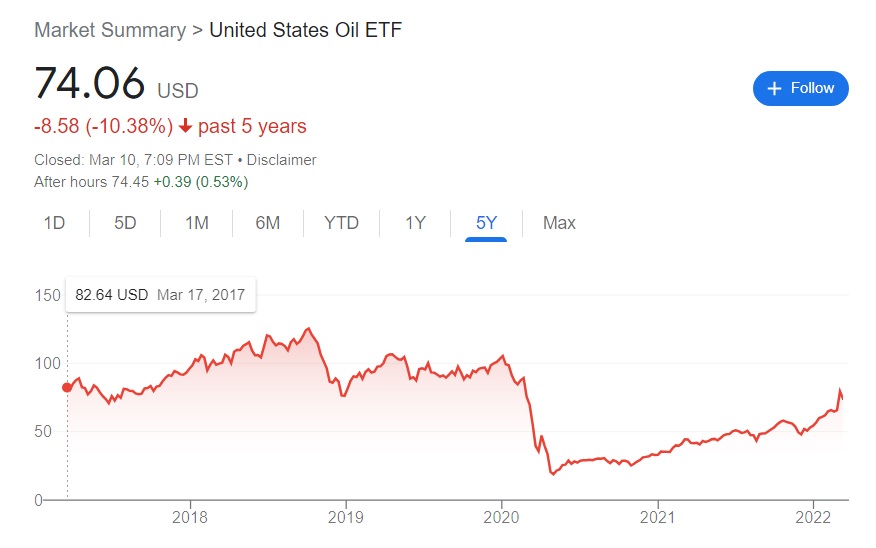 The problem is you cannot really invest in oil. Oil, unlike gold, perishes and has high storage costs. The closest approximation is the USO oil fund, which uses oil futures to try to track the price of oil. This results in a considerable price lag over a long period compared to the actual spot oil price, for complicated reasons.

But what about the long term? Hasn’t Bitcoin done well in the long term? Yes, but so has the stock market, real estate, and many other things. If you care about long-term returns, then why do you care about the CPI now? This is a classic goalposts moving argument you see with these Bitcoin people. They talk about it being a hedge, and then when it clearly fails to hedge, they say to zoom out, but now you have shifted the framing of the argument. Instead of it being a hedge, it’s just an investment. And if your time horizon is long enough, then many things beat inflation. So it’s not like you need Bitcoin to beat inflation.

Stocks, over the long run, have produced real returns that have absolutely crushed CPI, and with much less volatility compared to bitcoin. Indeed, although price levels have risen 24% from Jan 2013 to now, the S&P 500 total return index (which includes dividends) has gained 244% since Jan 2013, which is more than I would have otherwise guessed and I had to double-check it because it seemed to good to be true, but that is what the data shows. So not even close.

Same for real estate, which is also superior as an inflation hedge compared to crypto. Locking in a long-term fixed rate mortgage is as good as a hedge you can find.

What about prediction markets? The problem with any market is that it’s forward looking. When you buy a contract, you are making a bet about the expectation of the underlying event at some point in the future. Such a system is thus doomed to work as a hedge, because you are not hedging the present inflation rate but rather are making a bet on how the public perceives inflation at some future point in time, which is something different and is more like a moving target.

So if you have a hypothetical prediction market in which if the CPI is exceeds some percentage amount (say, >2%) year-over-year and there is a $1 payoff ($0 for failure or $1 for success), the price of the contract right now would reflect a near certainty of that event happening. So if the contract pays $1 for a >2% YOY gain, likely it would already be worth very close to $1 in accordance with the public’s expectations about inflation, so minuscule upside and no hedging ability. Also, you would be taking enormous tail risk in case you are wrong, because the contract would be worthless. Overall, it’s just not a good solution.

How about TIPS? Those only lock in a positive nominal yield but not a real yield and may still lag treasury bonds. This is explained in more detail here.

The conundrum or problem is that asset classes which are touted as inflation hedges do a poor job tracking inflation in the short or medium term, but in the long term such investments lag the S&P 500 considerably and or lose value. So you have to get the timing right, which afik no one can reliably do. It also means that if you have a gain from one of these hedges, like gold or silver, that at some point you must sell, because the gains will not hold. But few people will sell. People who are buying gold to hedge will likely feel vindicated seeing the price of gold surge and think it will keep going up, without taking the extra necessary step of eventually converting that gold back into cash and then into the stock market or something better. People who owned gold in 2008-2009 felt pretty smart, but likely those people still own that gold, which has lagged the S&P 500 considerably since 2008.

Overall, in either the long or short term it’s hard to beat the stock market when it comes to hedging inflation and consistently producing real returns. Yeah, this does not sell newsletter subscriptions, but sometimes the most boring or obvious answer is the best one.