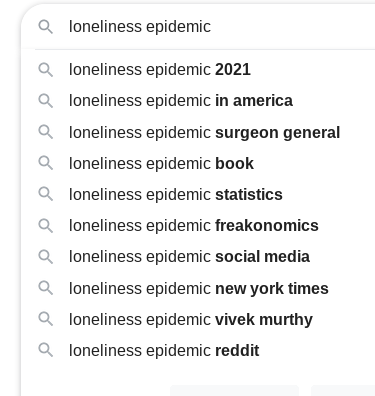 I have long argued that the purported loneliness epidemic is a creation of the media/pundits and does not exist. By writing hundreds of articles about it, people will be influenced to believe it is real.

1. America has high rates of domestic violence and divorce. Most articles only focus on the benefits or positives of ‘togetherness’. But any comprehensive, objective analysis must also take into account loss of happiness/QALYs from unwanted or negative social interactions.

2. Humans are endowed with the ability to rationalize abstractions and form imaginations, unlike other animals. This makes in-person social interactions less necessary.

3. People are voluntarily choosing to be alone. Being alone and watching Netflix or using a smartphone is perhaps more enjoyable to group activities like bowling. Or that online communication is replacing real life communication. Being alone, for many people, means more freedom, and more choice. Technology gives people more choice, such as entertainment, than ever before. Relationships can emotionally taxing and demanding and draining. I think however capitalism and technology can be liberating from such bad relationships, by giving people choice and agency.

5. Many people engineer their lives to minimize social interactions, and pay a premium to do so, like stadium box seating, ‘man caves’, vacation retreat homes, etc. Why are they choosing to not be more social if the media insists that this is a crisis?

6. The pandemic provided the perfect opportunity to put the ‘loneliness epidemic’ hypothesis to the test. Sure enough, during the quarantines and shutdowns, in which people were stuck together, saw all sorts of metrics of mental health worsen.

7. Revealed preferences are more accurate than stated ones. People may say they are lonely according to surveys, yet people have more opportunities than ever to be together. A Google search shows tons of group activities, whether it’s co-ed sports, games, hiking, or other social activities. So it’s not like people are being denied the opportunity to engage in social activity, but as discussed above, are simply choosing to be alone.

8. Individuals are better at accessing their risks compared to the media, in part because media narratives are wrong or exaggerated. For example, a common media/pundit narrative is that social media is envy or anxiety-inducing because people are only showing their successes or unobtainable lifestyles, but the evidence suggests it’s the opposite: a lot of sad stories (such as Gofundme campaigns for illnesses) and people living surprisingly mundane, unaccomplished lives. It’s not at all like how pundits depict it. Yeah, if your social circle is all Google employees, then you may feel envy but that does not apply to 99.99% of people who use social media. 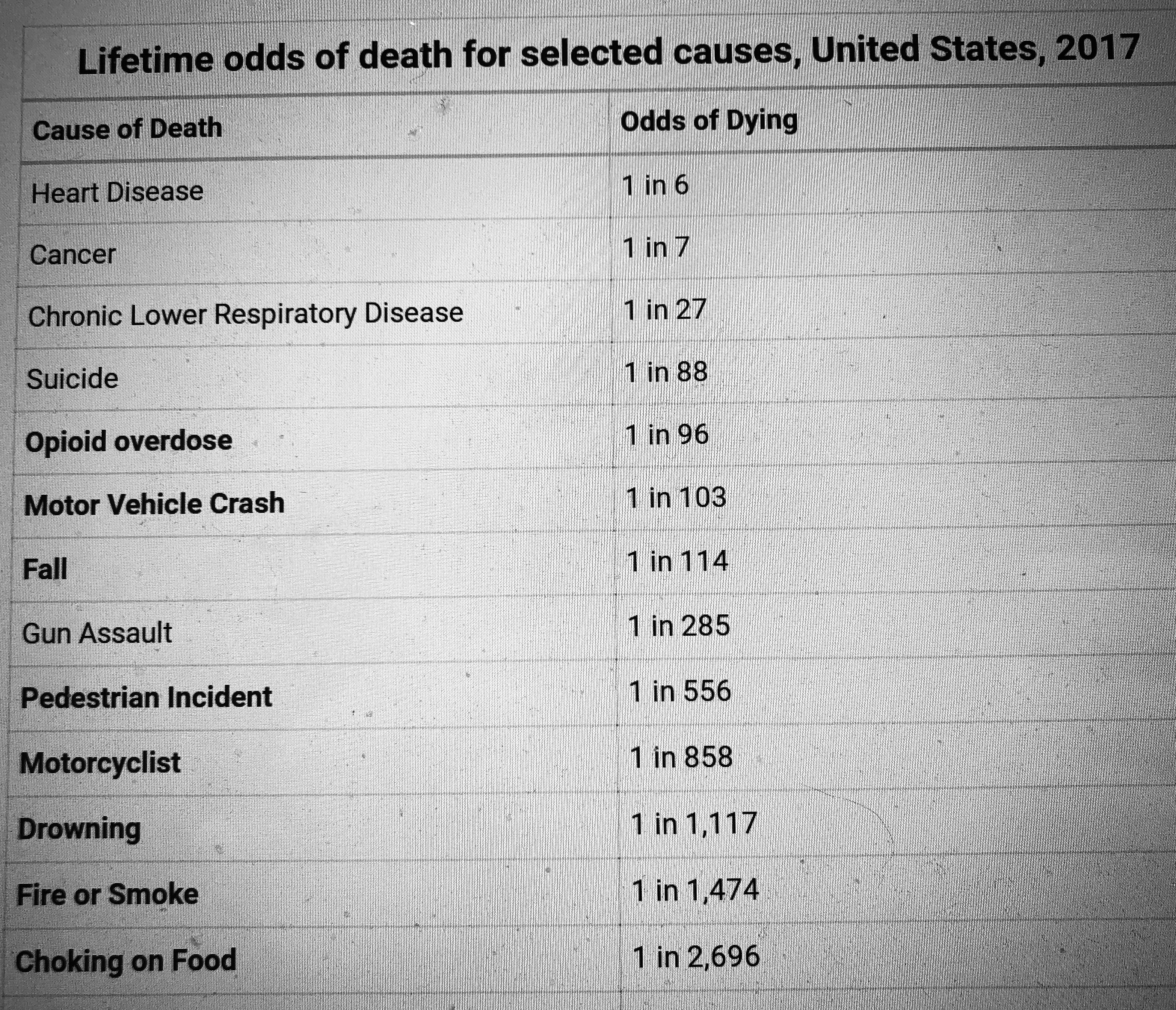 Why do people willingly flout Covid guidelines? Because, again, in spite of the media hype, the risk of dying or getting very sick is low, about the same as dying in a car accident, yet people continue to drive in spite of this risk. [This is based on the IFR (.1-1% or so, depending on age (which matters a lot)) times the odds (about 15-20%, even in areas that had minimal or no restrictions such as Florida) of being infected, not because social distancing, business closures, masks, and other measures have lowered the population-wide risk of dying from Covid.]

Not to make this post too political, but the media predicted there would be recession, a bear market, and possibly even nuclear war due to Trump. Yet the US economy and stock market boomed even in spite of Covid (which was out of Trump’s control), and there was no war, nor the deterioration of diplomatic relations between the US and its allies.

So if the media is calling loneliness a major mental health crisis, leikly they are wrong or exagerting there, too.