…Tesla stock is worth $850 billion, up 30% just 9 days into the new year, and only $150 billion from my target. Yes, technically, it has not hit $1 trillion, but I think it is a foregone conclusion it will happen very soon.

With 2 months remaining for 2021, Tesla has solidly crossed $1 trillion market cap, and keeps rising. The media was contorting itself into knots trying to explain why Tesla is worth so much, but for me this was a no-brainer prediction.

Been long since 2013, and had my dad buy some at $470 (pre-split) in 2020 before Covid hit, up 11x on that one. Investors are looking to a future in which Tesla is not just a auto company, but is a major player in global infrastructure , whether it’s energy or transportation. This goes way beyond cars, and explains why Tesla is overvalued by ‘traditional’ metrics. Investing in Tesla means you’re inventing in an individual, Elon Musk, who has the drive and initiative and intelligence to pull this off.

Tesla doesn’t spend any money on advertising, unlike other car brands, so Tesla generates about 2x as much profit margins as its competitors (23% for Tesla, 10% for Ford, GM, and Toyota). Tesla was able to raise capital with debt financing and secondary offerings in 2018 and the stock would still go up, due to investor optimism in spite of dilution and debt, which Tesla was able to repay. It also goes to show how wrong the media was in 2020. Tesla is turning billions of dollars in profit now from sales, after losing money in 2018-2019. Anecdotally, I see Tesla everywhere now, it’s no longer a niche brand. I think self-driving is also a major growth area too.

On a related note, regarding a proposed wealth tax: Elon Musk to Congress: Drop the billionaire tax. It will only mess with ‘my plan to get humanity to Mars’

The thorniest part of the “billionaire tax” is a 23.8% tax rate on the long-term capital gains on tradable assets. As it currently stands, it would be levied only on billionaires who either earn more than $100 million in annual income or have $1 billion in assets. It would be a radical rewrite of the tax code, which currently taxes assets like shares in companies only when they’re bought or sold. The new policy would treat billionaires’ fortunes like business income, and tax their assets on a mark-to-market basis each year.

My prediction is it’s not going to happen. It’s not only possibly unconstitutional, but it’s too complicated. For example, if a billionaire pays a tax on an unrealized capital gain without selling said asset, and then the next year the asset falls, would he get a refund for the difference? Such a tax would only cover 1/10 of the federal deficit anyway. There’s no need to introduce needless complexity into the tax code and deal with the controversy, criticism, and potential unconstitutionality of a wealth tax when the treasury can just keep borrowing at 0-2%/year to fund endless spending. Politically, deficits are less unpopular than tax hikes, even if said taxes will only affect very few people (about 700 or so individuals would be affected by the billionaire tax).

Even taxing all “billionaires” at 100% would only make a small dent in that number, so obviously the rest must come from the general public. This is basic math.

Spending is the real problem.https://t.co/1EwWyqdVsT

No one pays for it, except bond holders, who are more than happy to lend to the U.S. government for a tiny but safe yield. That’s the magic of MMT. You can create effectively free growth out of thin air. I am half being sarcastic, but it does seem that way. Income taxes are the lowest they have been in spite of bigger deficits than ever. It’s evident that we’re in the era of ‘free money’, like it or not. 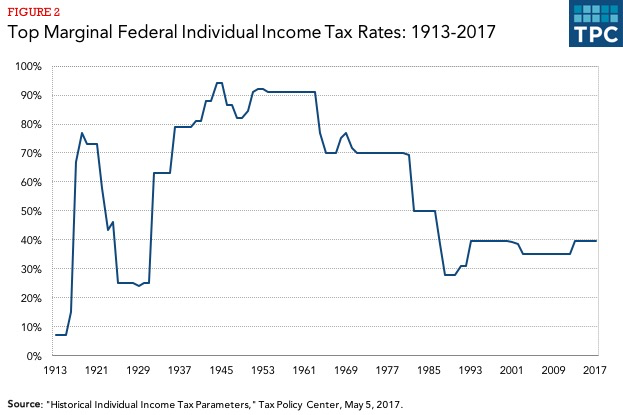 The common misconception that individuals bear the burden of the national debt (or that future generations have to pay for it), like a cable bill or a credit card bill, is wrong.

On Twitter, progressive-minded commentators remind Musk that Tesla has been highly reliant upon government stimulus spending through the years. For example, the electric-vehicle maker received a $465 million loan from the U.S. Energy Department back in 2010 and more recently took a $2.9 billion contract from NASA in 2019 to build a moon lander.

If the government can get such a good ROI from its Tesla investment ($465 million to create a trillion-dollar company), maybe that is a clue of where it should focus its spending (such as high-ROI, high-IQ innovation/entrepreneurship and tech founders, and less on healthcare, endless stimulus, defense and other fiscal back holes).