From The Reformed Broker:

If you’re not willing to accept being down, you’ll never have the chance to be up. There’s no strategy, formula, tactic, research service or insight that can make it otherwise.

Renaissance Technologies is getting its ass kicked this year. Double-digit losses. No firm or fund has ever made more money or has employed more brilliant trading talent in the history of Wall Street. They have to lose sometimes too.

This is some pretty shoddy reporting. When I saw this, like most readers, I immediately thought Josh was taking about Renaissance’s Technologies flagship fund, the Medallion fund, founded by billionaires mathematician turned trader Jim Simons, which since the ’90s is the best performing hedge fund ever, with annual returns in excess of 40%: 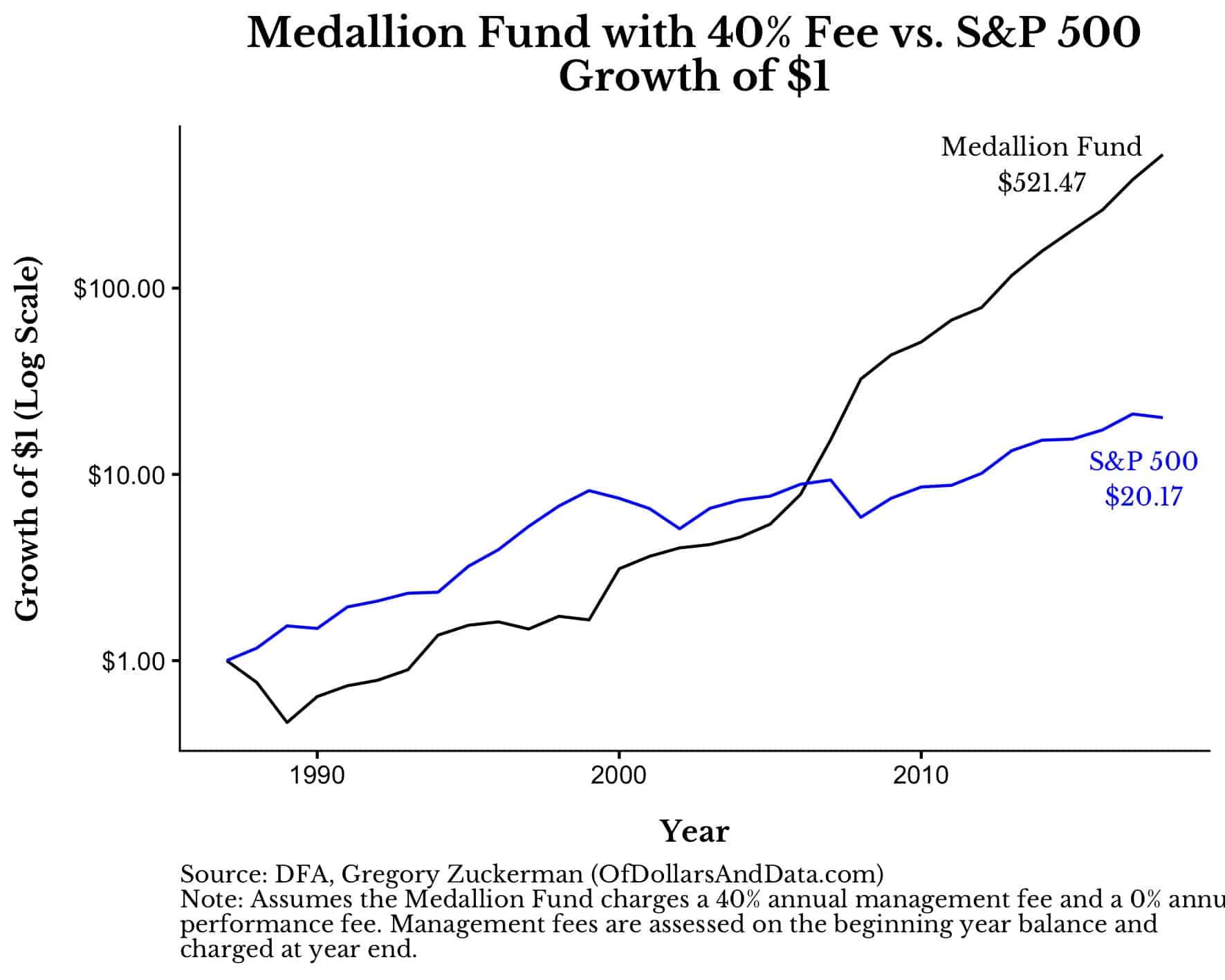 The actual fund Josh is talking about, which is down 20%, is not the Medallion fund, but one of the two other funds Renaissance operates that does not invest Renaissance’s own money. In 2005, Renaissance Technology cut off access to Medallion to outside investors, and only employees of Renaissance are able to invest in Medallion. Otherwise, they would be inundated with capital inflows, which would make the fund less effective due to the limitations of position sizing and market impact. So to meet this demand, Renaissance created two public funds that somewhat, albeit very poorly, attempt to replicate some of the propitiatory methods of Medallion, but with longer time frames and less trading. The fund that fell 20% was the ‘Renaissance Institutional Diversified Alpha fund:’

Part of the decline for the Renaissance Institutional Diversified Alpha fund came this month amid volatility brought on by the coronavirus crisis, according to a person briefed on the matter. The fund lost almost 9% in the first week of June, said the person, who asked not to be identified because the information isn’t public.

Medallion however continues to crush it:

…the fabled Medallion Fund keeps on rolling. During the March chaos, it serenely rewarded its exclusive investors with 10% in that month alone and 24% for the year to 14 April, according to The Wall Street Journal.