Predictit.org gives 73% odds of Trump being impeached by the end of his first term: 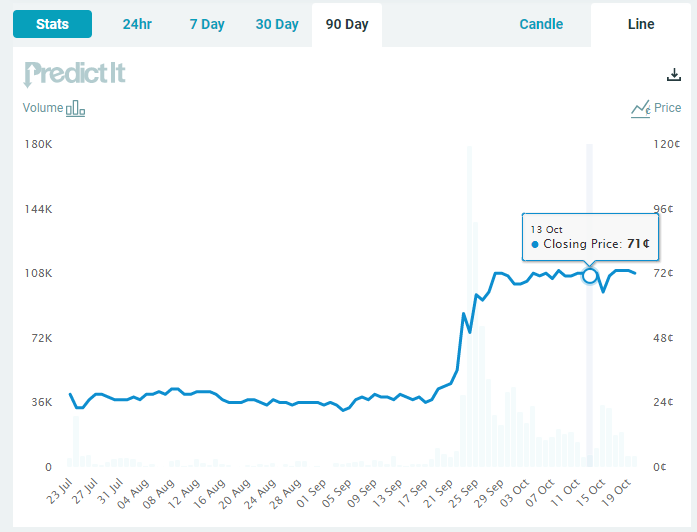 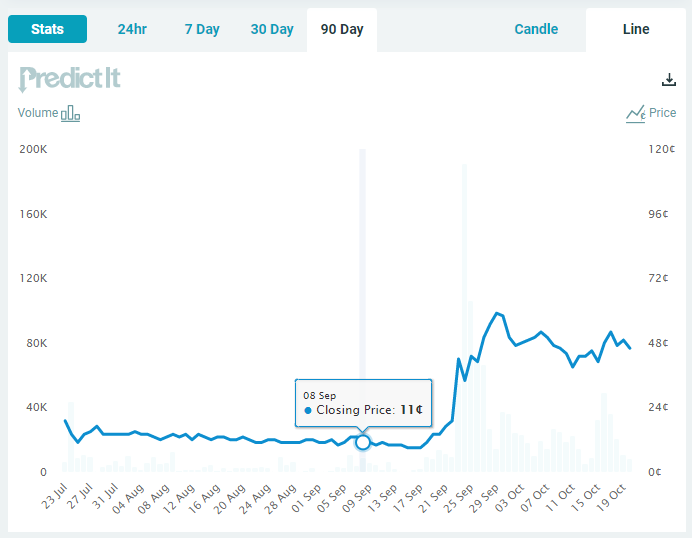 Both these odds seem way too high, especially the second. The first contract implies that by taking the ‘no’ side of the bet you can quadruple your money after just 15 months should Trump not be impeached by the end of his first term.

This seems too good to be true. The odds are way lower than suggested by these markets.

The dems face many hurdles to impeaching Trump, let alone trying to convict him and remove him from office:

They need to draft up actual articles of impeachment. This entails a sufficiently high burden of proof. It’s not enough to just impeach Trump, but they need enough reason for the Senate to vote remove him.

The House needs to overcome political inertia to carry out the vote. This is probably the main reason I am optimistic Trump will not be impeached.

They need enough votes, and hope that too many dems don’t defect. As someone in the comments notes, impeaching Trump is not without costs:

Impeaching Trump would make headlines all over the world and be the biggest story of Trump’s presidency thus far, even more than after he won and was inaugurated. It would draw a considerable amount of attention, some of it working against the dem’s favor. Do House democrats want to set such a precedent? They know that if they succeed, that future administrations will face similar scrutiny. It would be a phyric victory.

How can one play this out to make money?