Already, all of the tariff-related losses have been recovered, and the S&P 500 is at new highs: 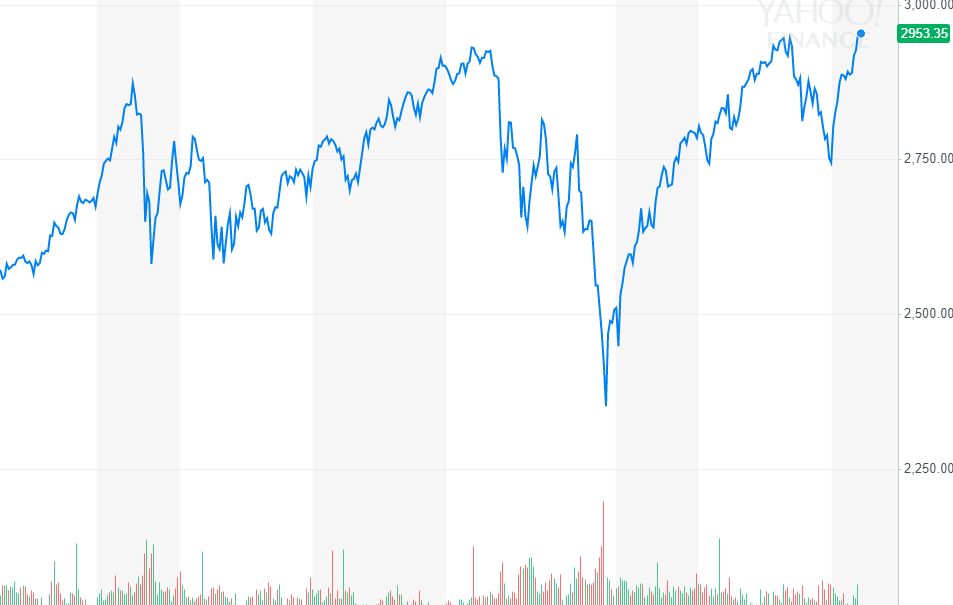 Had anyone heeded the useless, hype-driven financial media to sell their stocks due to tariff fears, they would have sold at the bottom a month ago, or sold at the bottom in early 2018, etc. As said before, media narratives tend to be wrong, whether it’s tariffs dooming the economy, or that recession, China, or debt crisis that always seems to be around the corner but never comes. Also, you would have missed out on the 2% annual dividends from holding the S&P 500.

Despite all the headlines about millennials struggling and how indebted young people are–whether it’s tech IPOs (such as Uber, Lyft, Xoom, Slack, Beyond Meat, and many more), and or in the stock market such as on /r/investing, /r/financialindependence, and /r/wallstreetbets, or salaries from coding–there is a subset of people who are making tons of money in this tech and economic boom, which is related to the growing ‘FIRE movement.’ Someone who started a tech job in their 20’s or 30’s after the stock market and economy bottomed out in 2009, and reinvested his or her (and there are women doing this, too) income while keeping expenses low, would have done very well, especially given how strong and long the post-2009 bull market has been, which in its 10th year shows no signs of slowing and has surpassed all records including even the 80’s and 90’s bull markets. It’s not uncommon to read stories of 30-somethings in tech who have large stock portfolios and or a home paid for despite having some student loan debt. It’s little wonder so many millennials swear by Vanguard funds or Robinhood, whereas a decade ago there seemed to be much less interest in investing among young people.

There are two extremes: a justifiable concern that American society is slowing collapsing (or on the verge of collapse) due to internal political and ideological division, yet outside of politics and ideology, things seem to be doing pretty well. Scott Adams seems to be right about the absence of civil unrest. These issues such as abortion feel more heated than ever, but the stakes are never high enough that it threatens such stability. All the people who are making tons of money in personal finance and the stock market, they are not losing sleep over social issues. The media wants people to be scared and angry.

Given how low interest rates are and the fed’s unwillingness to raise rates (as I correctly predicted a month ago, the tariffs on Mexico and China gave the fed the justification needed to be more accommodating), strong corporate profits and earnings (major companies such as Disney, Google, Microsoft, Facebook, Amazon, etc. making tons of money and have strong growth), and consumer spending, the S&P 500 could conceivably post 15-20% annual returns for the next decade (excluding dividends), and it could be a decade or longer until there is another recession, making the 1990s United States boom quaint by comparison.