Many on the left justify affirmative action by arguing that racial groups that get preferential treatment are only slightly less meritocratic than better-performing groups and or that such differences are small. As this excellent presentation by Glenn Loury shows (starts at 15 minutes in), the disparities and amount of favoritism given to blacks is huge, and much bigger than even I expected. It’s just appalling.

According to 2002 data, on the LSAT, Blacks admitted into University of Michigan’s Law School scored as poorly on an ‘academic index’ as White rejects: 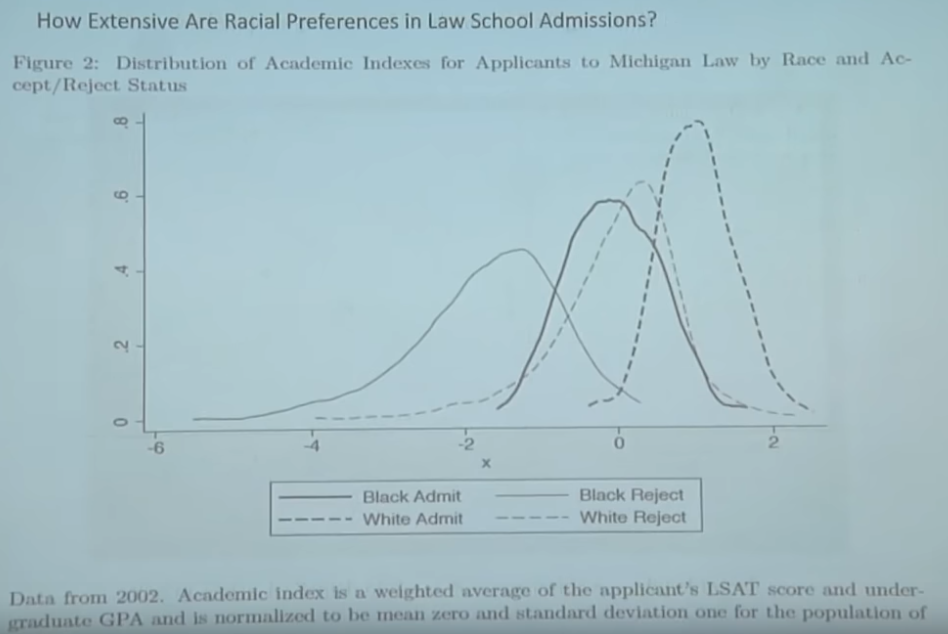 According to admissions data from Harvard, Blacks have a significant advantage over Whites and Asians at all decile levels of performance on the SAT: 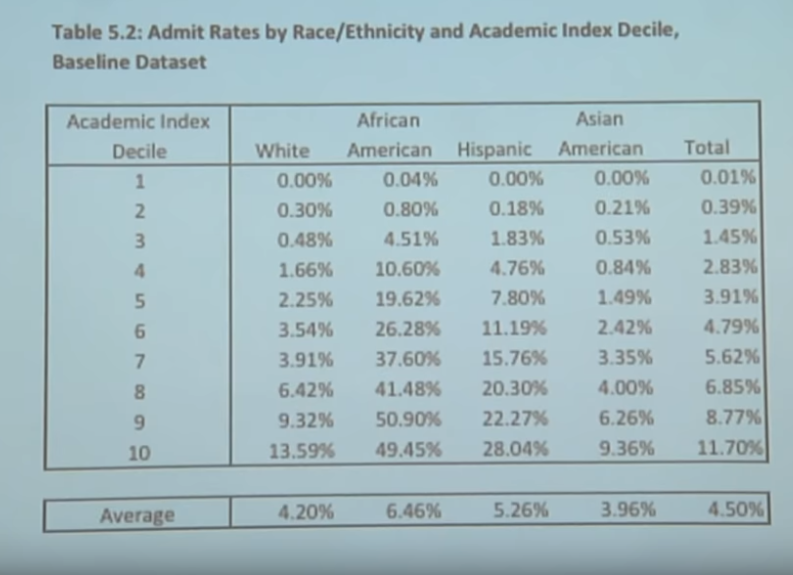 A Black applicant in the top decile has a 50% chance of getting into Harvard, versus only 9% for top-scoring Asians. That is a huge discrepancy (a 5.5-1 relative advantage). However, it gets even worse. In the 3rd decile, blacks have an 8.5-1 relative advantage over Asians; a 12.6-1 advantage in the 4th decile; a 13-1 in the 5th decile; and 11-1 in the 6th decile. Even Hispanics don’t get as much favoritism as Blacks.