Arnold responds to Scott’s post on the productivity gap, writing:

He makes a valiant effort to summarize and assess the economic literature. But this is where orthodox economics is hopeless.

Productivity by definition is output divided by the amount of labor input. Let me make three points:

3. The U.S. is not just one big GDP factory. Both the numerator and the denominator are affected by shifts in the composition of the economy, even if actual productivity and wages were not changing at all.

The numerator is output. How many people work in businesses with measurable output? Scott Alexander doesn’t. I never have. Most of my readers never have. There are entire industries, like health care, education, and finance, where we do not have any idea how to measure output. And even within an industry that has quantifiable output, we still have the issue that, as Garett Jones pointed out many years ago, most workers are not engaged in actual production; they are building organizational capabilities. Even if the factory managers can count widget production, they cannot measure the productivity of the tax accountants or of the team developing a new marketing initiative.

The denominator is labor input. But most of labor input consists of human capital. To measure labor input, you need to be able to measure quality, not just quantity. What is the incremental value of X years of schooling and Y years of experience? We do not have a reliable way to do that. One approach uses wage rates as an indicator of quality, but that amounts to assuming that productivity and wage rates are tightly coupled, but that amounts to assuming away the question that Alexander is raising.

It’s not hopeless and you can measure this stuff. Consider the GDP formula; there are two variants , and we will consider the second one, which calculates GDP based on income:

“Total National Income” is the sum of all wages, rent, interest, and profits.

Labor includes anyone who is employed. Those who are unemployed for longer than 6 months are not counted in the labor force participation rate. But if people are creating economic value but are not counted on the labor rolls, then it adds to productivity. This can explain some of the gap.

So for example, consider Google. Let’s assume they spend $1 billion on employees , servers, and other stuff, and they secure a client who has a multi-billion dollar advertising credit line. For Google to get paid, people have to click the ads. So suppose a webmaster who is unemployed runs Google ads on his website it gets clicks. The webmaster would earn money, but it would not be counted as employment, and Google earns money from the client being debited for the clicks. Multiply this by a hundred thousand or so websites. So Google’s profit grows despite not hiring anyone, hence higher productivity. The same also applies to Facebook, which, like Google, runs click ads is and is paid when Facebook users click the ads. All these huge tech companies generate billions of dollars annually in revenues from passive engagement, whether it’s people clicking ads or watching videos with ads. If these passive consumers were counted as workers, productivity would go down. Additionally, besides temp and freelancer workers, many Americans hold multiple jobs. All these factors can explain why labor productivity is so high in the US, especially compared to the rest of the world, and why Tyler Cowen is wrong about stagnation, and how America is pulling ahead of the rest of the world economically. 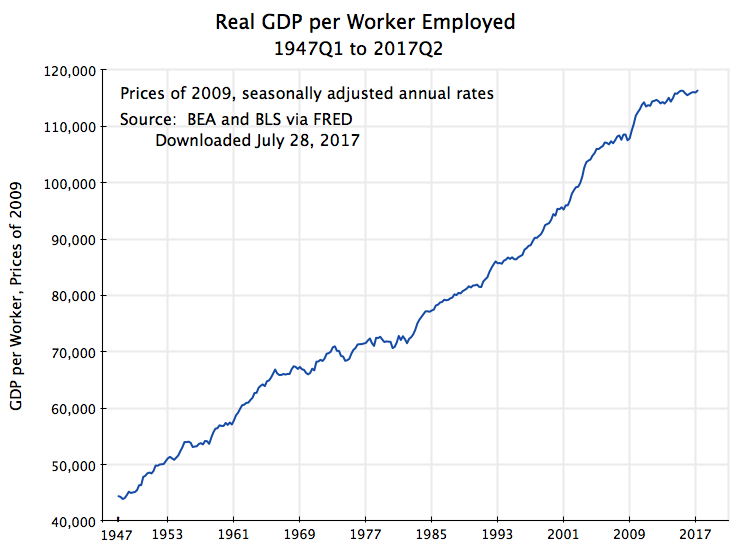 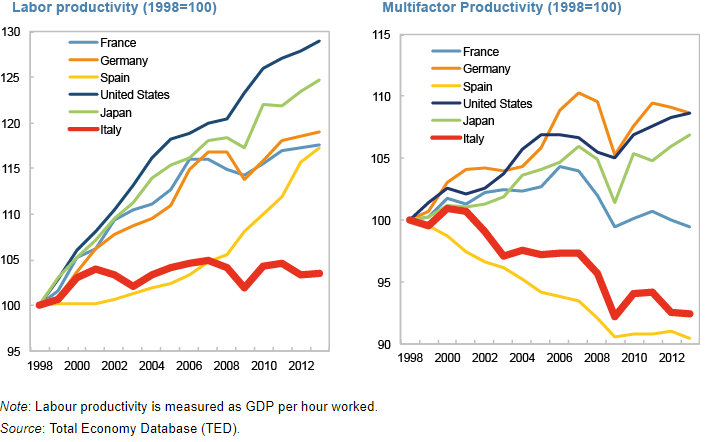