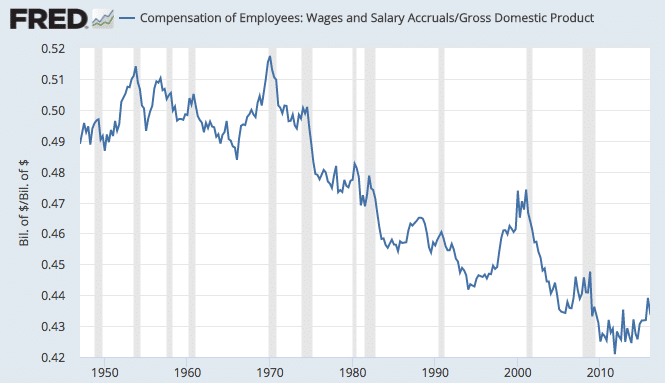 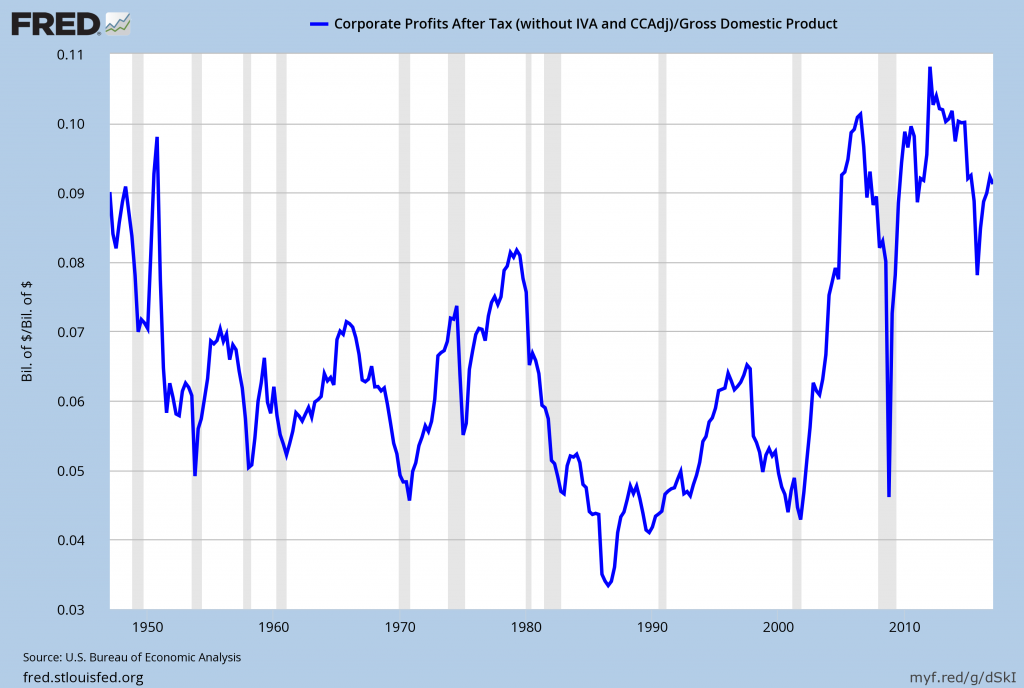 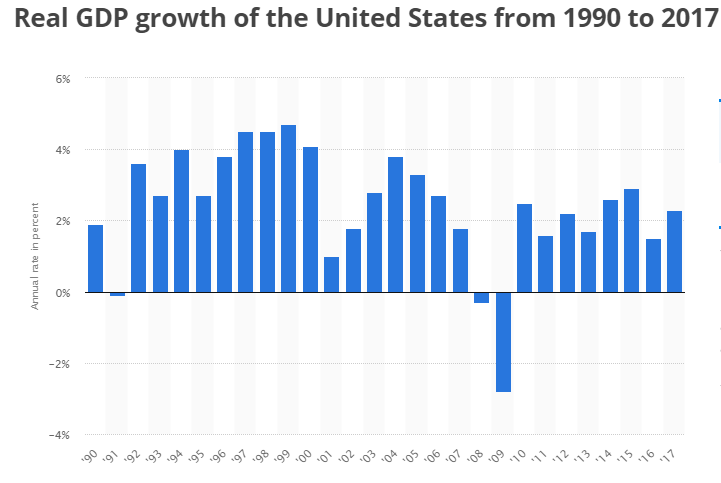 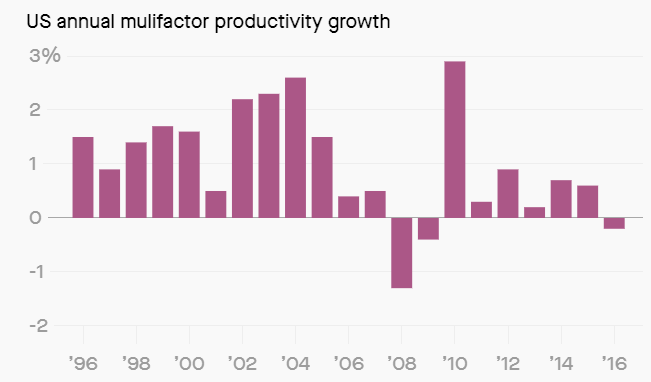 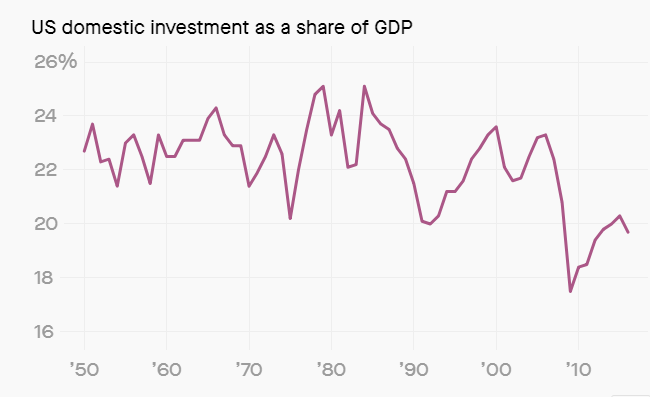 How is it possible to having rising living standards and a declining rate of GDP growth? Indeed, real GDP growth has slowed since the 40-60’s, in agreement with Tyler’s ‘great stagnation’ hypothesis. But about 1% of this slowdown is attributed to declining population growth. GDP per capita more accurately measures individual well-being and wealth, and shows little to no such stagnation: Overall, in conclusion, I still don’t see evidence of this so-called stagnation that Tyler and others worry about. If this were the late 90’s (a period of low GDP growth and very high stock valuations despite the economy not being in recession, and the so-called ‘Clinton surplus’, which actually was a drain on the economy, and the economy went into recession in 2001 in spite of the surplus) or the 70’s and early 80’s (stagflation and weak stock market returns), I would agree with Tyler. The economy was much more stagnant as measured by metrics such as real GDP, stock market gains, corporate profits and earnings, inflation, etc. from much of the late 60’s all the way until the early 80’s, and also from the late 90’s up until 2009, than it is now.