In the post 2017 Year In Review I predicted weakness in Bitcoin and another strong year for stocks:

…As mentioned earlier, I expect the stock market to continue its surge in 2018, but am less optimistic about Bitcoin and other currencies, and that’s why I sold some Bitcoin two weeks ago to put in the stock market. Bitcoin at these prices does not offer a good risk vs. return profile. Many of the people pumping Bitcoin and making these absurd price forecasts do not understand what a logistic growth curve is… 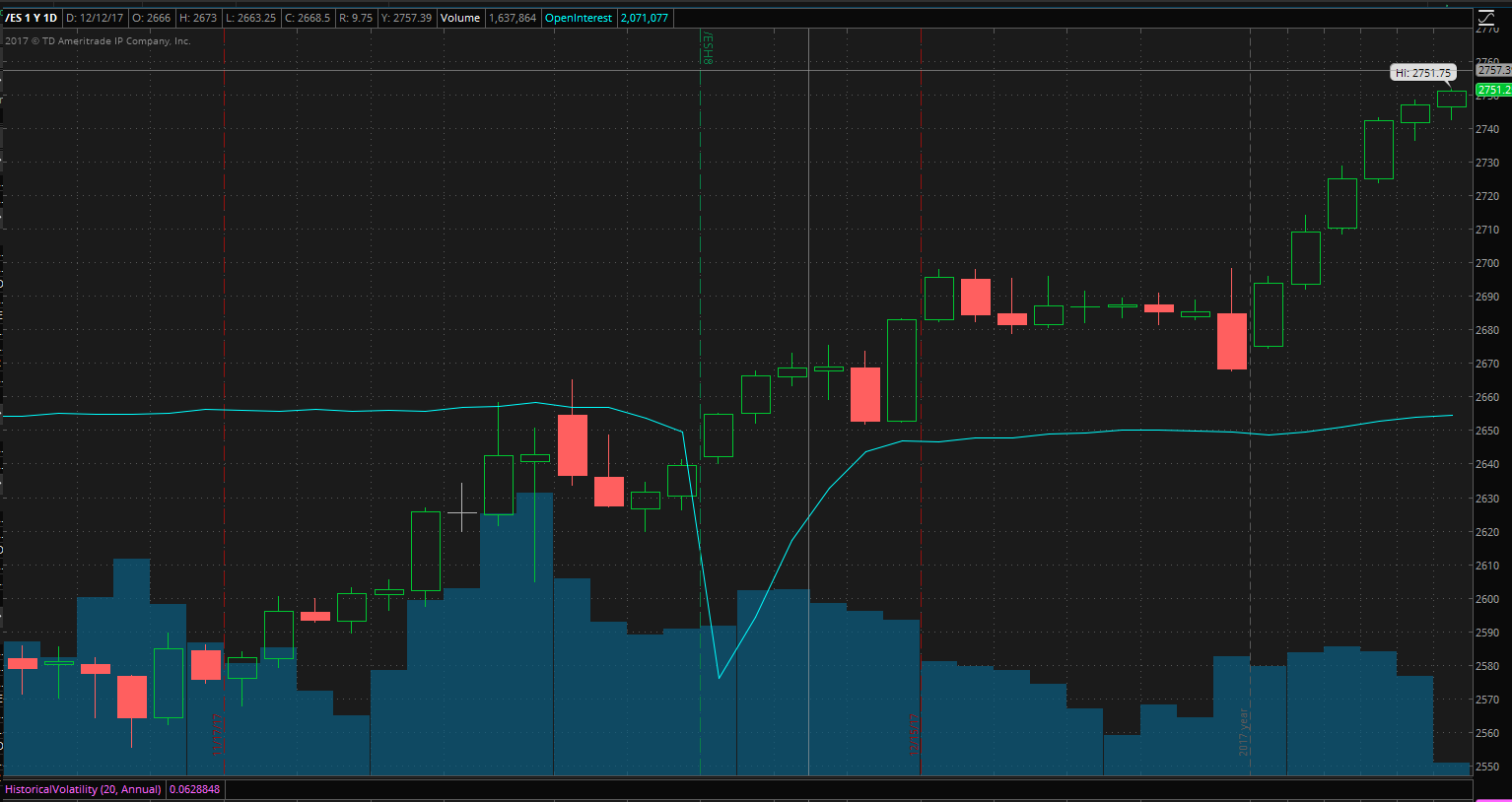 The question on many people’s minds is, how much higher will the market go? Much higher. It will be a decade or longer before the post-2009 economic expansion and bull market finally crests, especially given how low interest rates still are. Historically, economic cycles tend to peak when rates are high (>6%) because cash becomes more attractive relative to riskier assets like stocks and real estate. 10% annual S&P 500 profits & earnings growth in a 2% inflation and 2% interest rate environment is more attractive than 10% growth in a 6% environment. Right now interest rates are at just 1.5%. Assuming three rate hikes/year, it will be six years before interest rates finally hit 6% again, which is where they were in 2006, the mid-90’s, and the 80’s. But of course, the fed is not obligated to this, and the rate hikes may be much more gradual, but I am very certain, given low CPI is, that they will not be more rapid. Once rates hit their nadir (4-6%), the market will likely keep rising for awhile until finally petering out.

This is Nick Land’s accelerationism unfolding, although I don’t think it will culminate in collapse, nor do I see it as a force of evil, but it may bring about changes to society that many may find undesirable, and is an example of how an obscure philosophy can be applicable to ‘real life’.

The strong stock market and economy bodes well for Trump come 2020 and possibly his successor too. And that leads to another prediction which I forgot to add, which is that DACA will be a disappointment for the far-right such Ann Coulter and others. A wishy-washy bipartisan compromise will be struck that does not involve deportations or very limited deportations. [1] Trump in 2020 is gonna campaign real hard on the strength of the stock market and not on immigration (whereas in 2016 it was reversed), sorta like Clinton’s strategy in 1996, in which the strength of the stock market and economy was focal during the campaign. Jim says Trump is not yet in power, but he’s never going to be in power as measured by his idealization of what such power should be.

[1] Looks like this prediction came to fruition before I even had a chance to publish the post. Trump: I’ll Sign Legislation Protecting Young Immigrants From Deportation

The folks on r/The_Donald are split. Some say this is part of a greater plan in which the House fails to do anything and Trump can end DACA and then the House gets the blame for it, not Trump. Others are disappointed. Although some are calling this a 4-d chess move, it’s becoming increasingly apparent DACA will be continued, or at lthe very least, the 800,000 existing ‘dreamers’ get to stay. .But maybe if Trump thinks if he plays ball with the dems, he’ll be able to work some compromise that allows funding for the wall. But funding is not the same as building it. But if I had to wager on the final outcome, there will be no deportations and no wall beyond reinforcement of existing border control. By ‘building the wall’, he could mean buttressing existing border security and extending existing border fences.

So just 9 days into the new year and three of my predictions have already came true (Bitcoin, stock market, DACA/immigration), which is pretty amazing.

[2] As discussed before, I’m optimistic about Rai Blocks, which is an alternative to blockchain-based currencies and presently has a market cap $4 billion, and I think it will be a $30+ billion-dollar currency, assuming the entire crypto market keeps going up.