After Japan’s economic bubble burst in the early 90’s, the government tried many policies to stimulate the economy and spur inflation, all unsuccessful, including massive stimulus programs:

In the early 2000’s, Japan also pursued QE, exactly what Elizer says was his own idea: 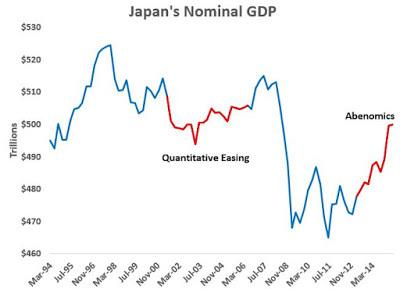