For the past few months, thank in part due to remarks by Trump, there has been considerable interest in the so-called ‘opioid crisis’, with Trump going so far as calling it a national health emergency. 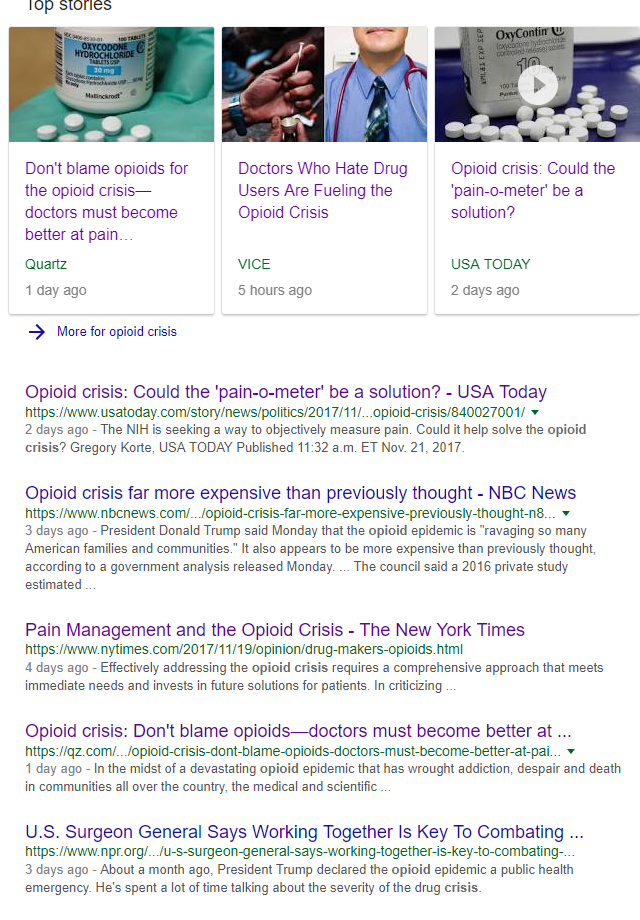 The rate of overdose deaths, especially for whites, has risen steadily: 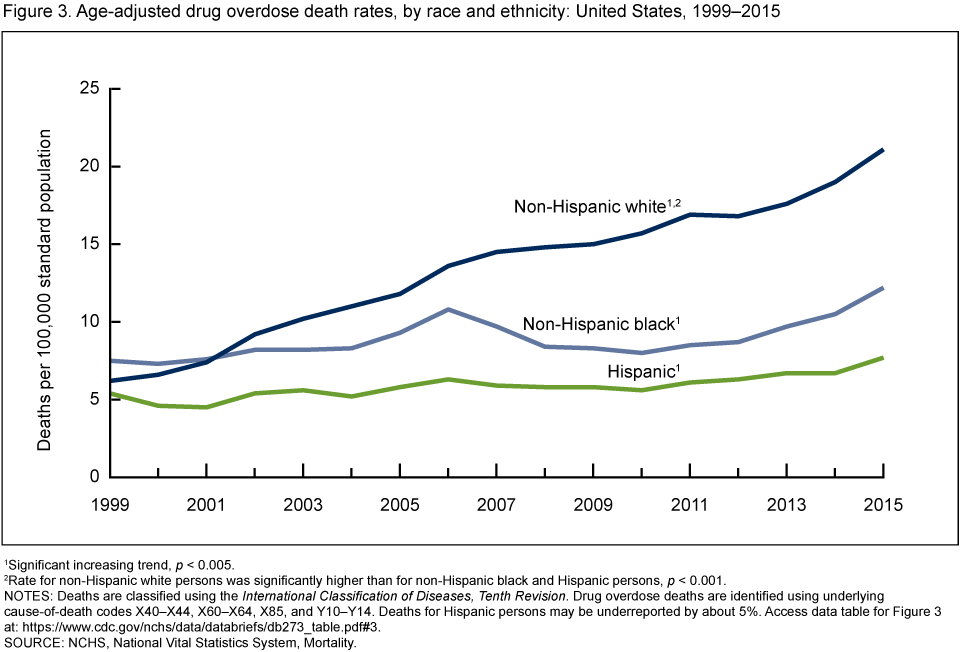 Sources put the cost of the epidemic as high as $500 billion:

White House: one year of the opioid epidemic cost the US economy more than $500 billion

The CEA analysis concluded that the opioid epidemic in 2015 cost between $293.9 billion and $622.1 billion, with a preferred estimate of $504 billion. That amounts to multiple times what previous studies found, in part because the death toll from the crisis has grown and in part because the White House is using different methodology to try to include the broader societal costs of premature death.

Based on the CEA’s findings, the total cost is also much higher than previous research has suggested. A 2016 study published in Medical Care estimated the total economic burden of prescription opioid overdose, misuse, and addiction at $78.5 billion in 2013. And a more recent report published by Altarum, a health care research organization, put the cost of the opioid epidemic at $95 billion for 2016.

Yet the report is somewhat baffling, since public health experts are still waiting for the Trump administration to take action. While the president declared opioid addiction a public health emergency in October, little will happen until he makes a deal with Congress to fund action.

Like many things (DACA repeal, wall, tax cuts, returning jobs to America, etc.), don’t get your hopes up.

According to The Council of Economic Advisers, the $500 billion figure is the ‘statistical value of life’. The methodology of how this is determined is unclear.

I’m sorta skeptical of such high figures. Premature death due to overdose lowers costs by preventing medical care and SS later in life. End of life care for elderly is very expensive. Regarding lost wages, if many of these addicts have no intent or ability of finding a job whether or not they are on drugs, does it count as a cost. But also, treating lost income as a cost is possibly wrong because, if there is a fixed demand for labor, there is no guarantee that someone who is addicted will find a job if sober.

The evidence shows that smokers ‘save’ money by dying sooner. Keep smoking, die early, save money:

Smoking is a case in point. Although the calculations of the Centers for Disease Control (CDC) estimates that smokers cost the country $96 billion a year in direct health care costs, and an additional $97 billion a year in lost productivity, another less publicized calculation calls any cost savings into question. However, since smokers die approximately 10 years earlier than nonsmokers, each smoker forgoes 10 additional years of savings to Medicare, Social Security, and pensions.

This year, spending on the elderly will account for more than one-third of the federal budget, up from about 22 percent in 1971 and 29 percent in 1990. That draw on the federal Treasury is projected to climb to nearly 43 percent by 2010 (according to CBO’s April 2000 baseline budget projections)…

The math behind the settlement always struck some people as confused, however. While the states could point to higher Medicaid costs due to tobacco (poor people are much more likely to be smokers, and smokers have a lot of chronic illnesses) that calculation ignored the fact that smokers also tend to die younger, and so avoid the medical expenses some elderly people run up at the end of life. Much of that’s funded by the federally funded Medicare program, but states also provide assistance to low-income elderly through Medicaid. And there was always that tax revenue from smokers, which somehow seemed to be omitted from the calculation.

Smokers tend to die from costly, chronic conditions such as COPD, emphysema, or cancer, whereas drug overdoses are acutely lethal.

People dying of drugs destroys families and communities, so this economic argument, understandably, is not appealing.