If it seems like the less intelligent have gotten the shorter end of the stick in the post-2009 economic recovery, then your suspicions would be correct. So how is this the revenge-of-the-nerds economy?

The wage disparity between college graduates (if we use college completion as a proxy for for having a high-IQ and for being ‘bookish’) and high school grades continues to widen, especially for advanced degrees and STEM degrees. Although the wage disparity between college grads vs. high school grads has exited for decades, it has widened even more since 2009. 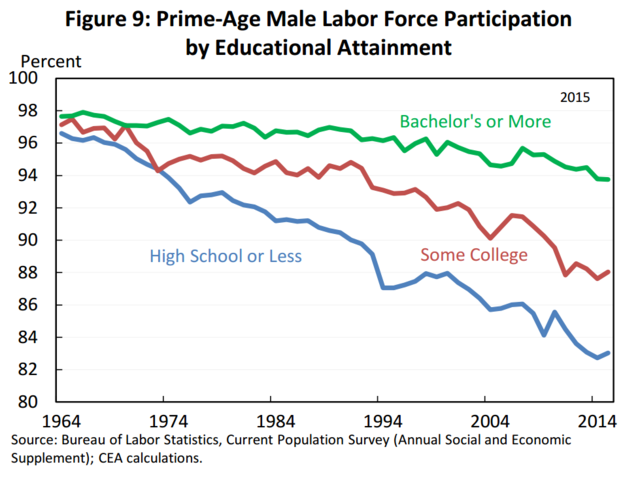 The less intelligent (if we use educational attainment as a proxy for IQ) earn less and are more likely to be unemployed.

STEM jobs have seen the most growth since 2002, especially computer science and math jobs (which generally have the highest IQs of all STEM professions): 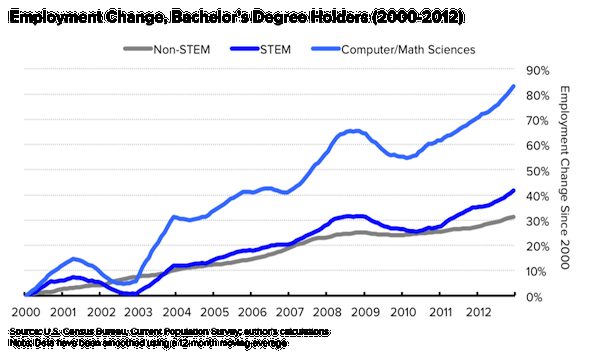 ..and higher wage growth, whereas non-STEM wages have fallen: 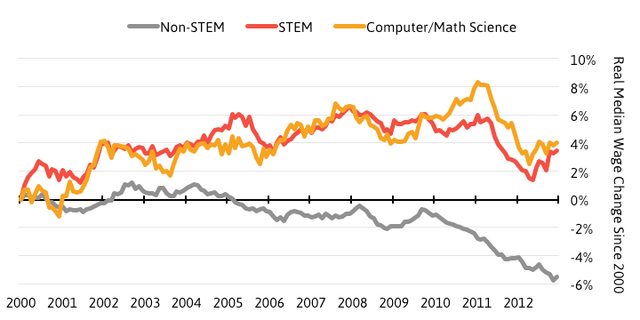 Manufacturing, construction, and energy jobs, which pay good wages for average-IQ people, have seen multi-decade declines. From The Inescapable Pull of Biology:

There are major economic harbingers of this trend: First, the so-called hollowing out of the middle. Most of the jobs created since 2009 are in the low-paying service sector. The problem is the financial crisis permanently gutted a lot of good-paying middle-class professional jobs–jobs that only required an average IQ to attain 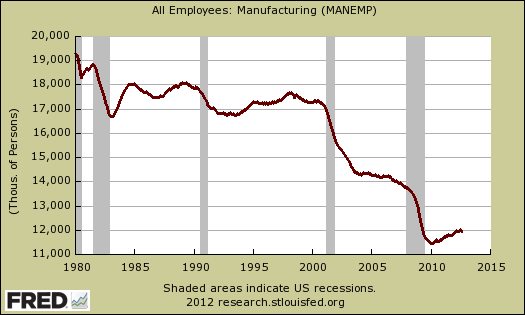 Most of the job gains since 2009 have been in low-paying sectors, such as the hospitality industry. High-IQ ‘creative class’ jobs such as programming have also seen gains. ‘Blue collar’ jobs such as energy have seen steep declines, however: More Than 440,000 Global Oil, Gas Jobs Lost During Downturn. 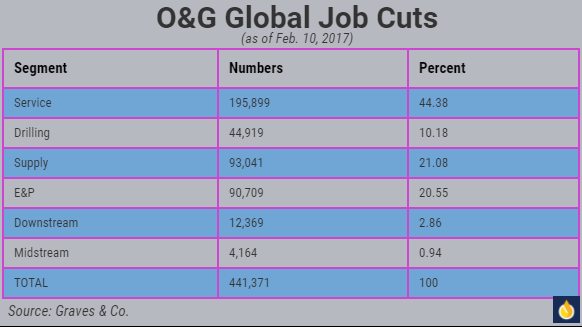 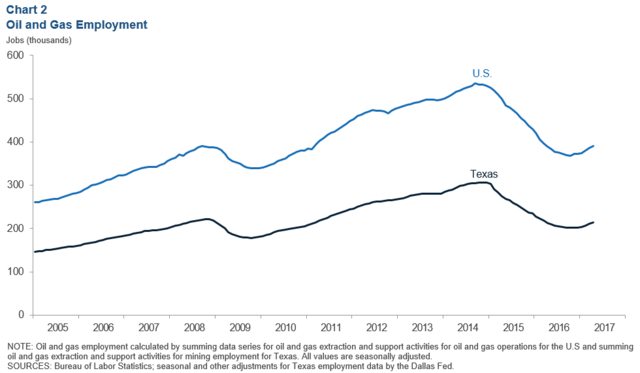 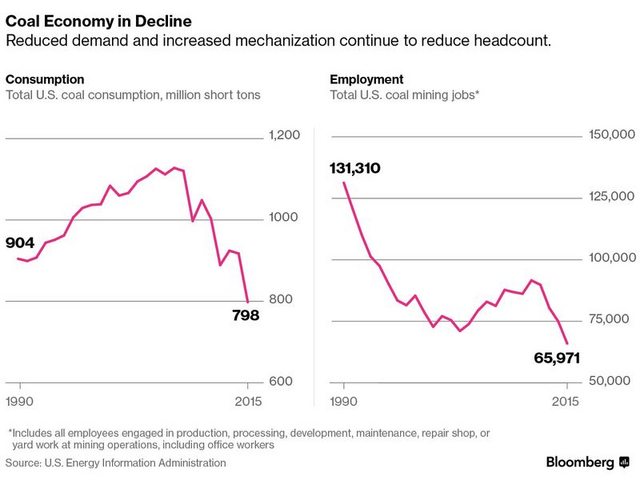 This was because oil prices, which were as high as $100/barrel in early 2014, had fallen to as low as $35 by early 2016. Natural gas and coal prices also saw similar declines. Tech stocks and tech sectors, however, have been on the up-and-up since early 2000’s–and unlike energy, construction, and manufacturing–have not had nearly as much volatility and are less sensitive to macro economic conditions. High-IQ industries and sectors (like coding, and information technology), in general, are much more insulated from economic conditions than manufacturing and energy jobs.

Manufacturing and construction jobs have yet to return to their 2007 highs (adjusted for population growth, and the picture worsens): 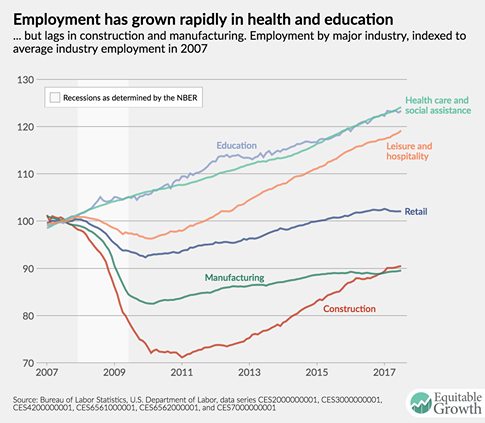 ‘Non-routine cognitive jobs‘ have seen the most growth, whereas ‘routine’ jobs have stagnated: 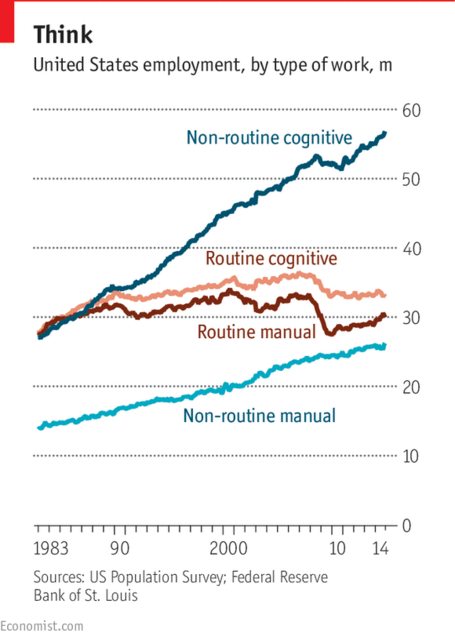 Most of the jobs created since 2009 are low-paying; middle-wage jobs were hurt the most by the recession, and many such jobs did not return: 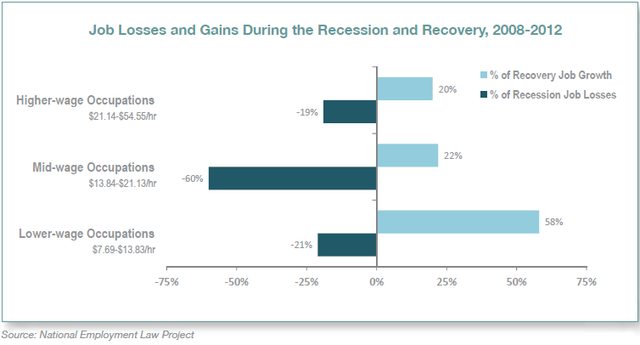 The bifurcation is more obvious here: 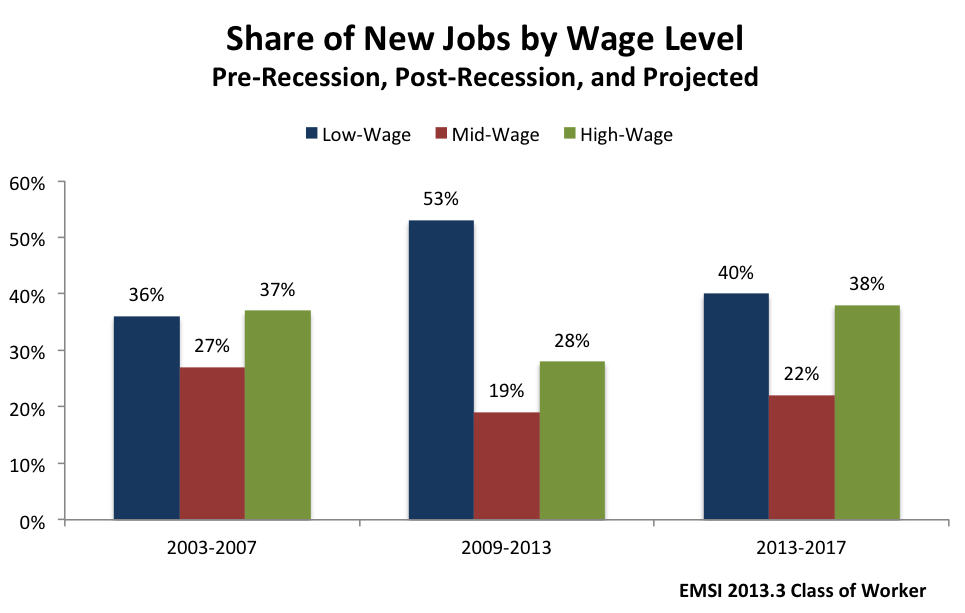 Whereas people with high IQs are able to find lucrative work in the financial and tech sectors (the ‘creative class’), those with average IQs, many of whom a decade ago would have had a middle-class job, are stuck with lower-paying jobs. This means people with average IQs (some even with college degrees) are working alongside below-average IQ people in the same low-paying jobs. 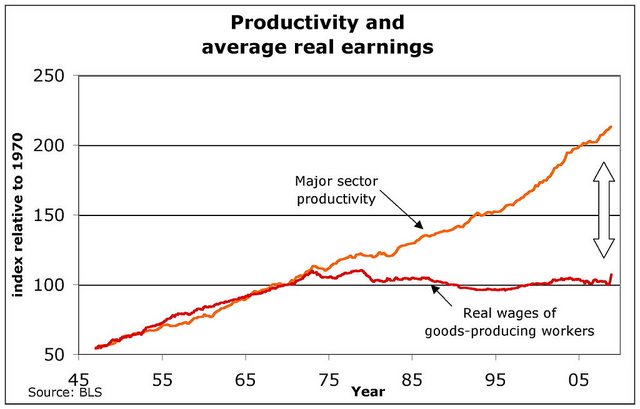 Rent and home prices continue to exceed wage growth. High-IQ people earn more and thus are more likely to own a home instead of having to rent. The less intelligent are hurt the most by surging rents. 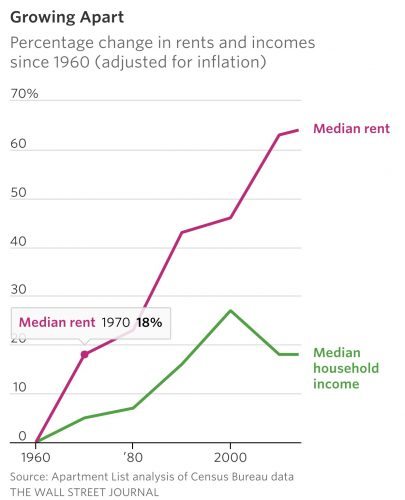 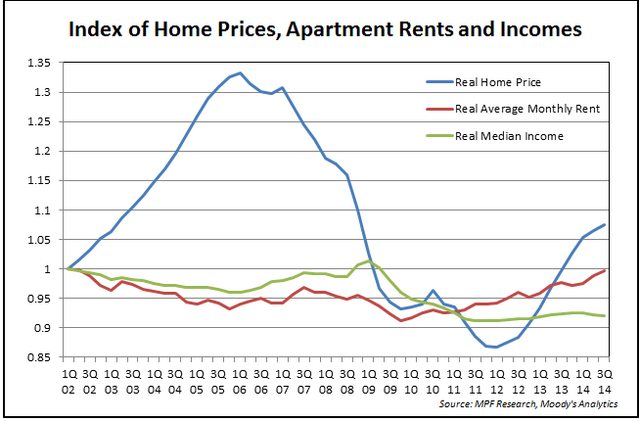 Home prices seem to be correlated with IQ, with smarter regions such as Palo Alto and Menlo Park having not only among highest home prices in the nation, but prices that keep making new highs even as home prices for the rest of the nation are still below the 2005-2007 highs:

From Palo Alto Real Estate Versus Everywhere Else:

This is also part of the post-2008 ‘hollowing out of the middle’ theme, of the financial and cognitive elite running circles around everyone else. Now couldn’t be a better time to be smart, especially if you live in the Bay Area, as the wealth opportunities from the web 2.0 boom are abundant. If your IQ is average, the opportunities are probably less plentiful, sorry. When you look at the massive performance of stocks and high-end real estate over the past eight years, versus flat inflation-adjusted wages for most workers, ‘captital’ is kicking labor’s butt, but this is just the system/economy that we have, maybe not the one we want. 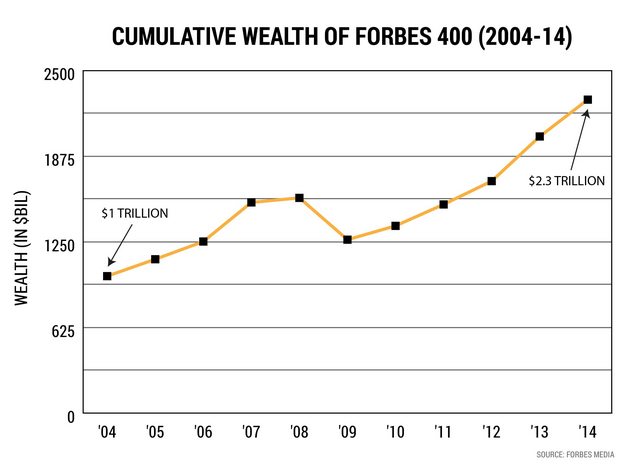 Regarding IQ, the top 20 of the top 400 are dominated by technology founders (Google, Microsoft, Amazon, Facebook, Oracle, Cisco, etc.), who have the highest IQs of anyone on the list. If SAT scores are used as a proxy for IQ, all these tech founders have IQs of at least 145.

But also, the correlation between income and IQ. In America’s increasingly automated, efficient, technological, winner-take-all economy, IQ inequality is equal to wealth inequality. 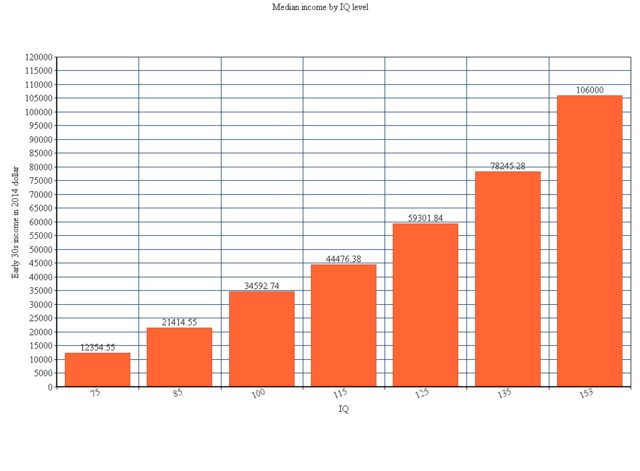 So although having a high IQ is no guarantee of success in our increasingly competitive economy, it certainly seems to help.