Why do some countries fail and others succeed?

The reason why some countries are much less successful than others is due to low-IQs and overall incompetence and ineptness of the government and people. Look at how much corruption Brazil has had for the past decade. Also, low-IQ countries are often dependent on exporting commodities (which are vulnerable to fluctuations in prices, unlike high tech, which is more stable) and don’t have developed technology and intellectual property sectors. Also, they are dependent on credit from western nations and hence have to borrow at very unfavorable rates, making these low-IQ borrowers vulnerable to macro factors such as currency risk, recession, and inflation.

From the post Another low-IQ country bites the dust

Low-IQ countries are in a bind where no matter what course of action they take, and are doomed to mediocrity or failure due to low IQs. Brazil, which has an average IQ of 87, an inept government, and social decay due to liberalism, is an example of how capitalism cannot save certain countries.

In the case of America, although it has social decay, it has high-IQ enclaves such as Silicon Valley, Manhattan, and Cambridge, which is enough offset the decay (at least for now). America has the strongest tech and intellectual property sectors in the world. And the US government is reasonably competent (at least compared to the governments of most foreign countries, which are far worse).

America is a magnet that attracts high-IQ talent from all over the world, which boots the US economy, but may also cause a ‘brain drain’ for these other countries.

The ‘idiocracy’ that the alt-right talks about is in Brazil, Venezuela, Argentina, Portugal, and the entirety of Africa, not America. SJWs, antifa, and BLM in America are bad, but it’s even worse when the entire country itself is run by such morons and has close to zero productive people (because they have either all left (brain drain) or due to low IQs, so few exist). Capitalism, even in a low-IQ country, is better than socialism or communism, but it won’t produce economic ‘miracles’ like it has in high-IQ countries such as Singapore or China.

An investment strategy that is long US (IQ of 100) and short Brazil (IQ 87) has worked very well going as far back as the 90’s, but especially well since 2008. This is a strategy anyone can implement with a trading account using ETFs.

From the post: The Best of Times or The Worst of Times?, I compare Singapore, one of the most successful nations in the world, with Zimbabwe, one of the least:

Regarding corruption again, you can see a negative correlation between corruption and national IQ: 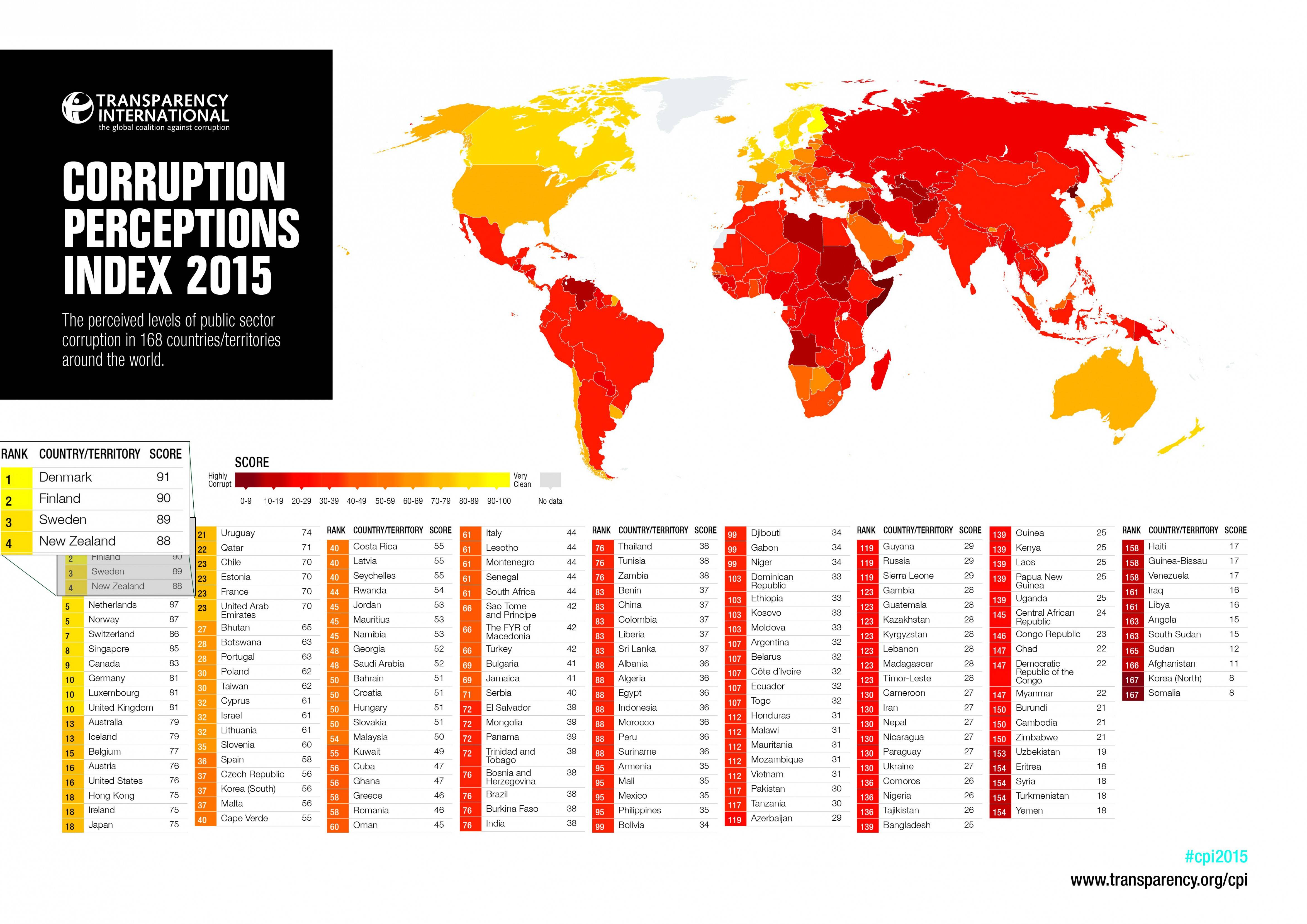 The United States ranks at #16, which is pretty good. At the bottom 40-160 of the list are South American, Middle Eastern, and African countries, which have IQs in the 70-90 range. The top 7, with the exception of New Zealand, are all Northern European countries and have national IQs above 105. Singapore, with a national IQ of 108, ranks at #8.

The left constantly brings up Watergate as an example of America’s corruption, but the fact they have to keep reusing the same example is, in and of itself, self-refuting. The Iraq War is another example, but this was not a crime in the same way Watergate was; rather, poor policy. Decades, centuries later, the Teapot Dome scandal and Watergate are still a big deal, to give an idea of how rare corruption is in the US (or at least compared to other countries).

From Wikipedia: Corruption in Brazil:

The scale of corruption in Brazil is immense, but largely under-reported in the media and historically not investigated, prosecuted or punished, so it’s difficult to estimate just how large the problem is. The Car Wash (Lava Jato) investigation may be changing this trend. Corruption in Brazil increases the already enormous Brazilian shadow economy[5] which some sources estimate at 16.1% of the gross domestic product,[6] a number that probably needs to be adjusted up considerably if corruption as such is included as part of the shadow economy.

According to Transparency International’s 2015 corruption index, which ranks countries according to people’s perception of confidence/corruption, Brazil ties with Bosnia and Herzegovina, Burkina Faso, India, Thailand, Tunisia, and Zambia, ranking 76th among 168 countries.[7]

But the entry Corruption in the United States is nearly empty.