The news cycle as of late has been like watching paint dry…months ago I predicted such slowness, but even I am kinda surprised by the uneventfulness of the Trump administration so far. The administration started off with a ‘bang’ with that travel ban many weeks ago, and for a moment it seemed like things were really going to change, but everything has slowed since.

Anyway, Xenosystems has a post up about bifurcated inflation, a topic which this blog covered in 2014 and 2015 a couple times.

Above the line: things govt has been "fixing" for decades

The NRx critique is that Marx and Milton Friedman are opposite sides of the same coin: looking at the world through the prism of economics and capital–it’s just that Milton’s approach works better.

However the caption below the tweet is incomplete–yes, computer hardware is cheaper, but Microsoft Office is not. Software is still as expensive as ever. TVs are cheaper, but not the cable bill or the internet bill. Printers are cheaper than ever…The ink? Not so much. A gallon of printer ink costs $9,600, and ink prices have exceeded the CPI. The chart is comparing apples and oranges: services on the top; hardware on the bottom. From Age of Abundance? It Depends

Carriers will give the phone for free if you lock-in a long-term expensive contract. The electricity bill, too, which in addition to the internet bill, needs to be paid to run Netflix. TVs are very cheap but cable bill keeps rising…

The future of economic growth is services and ‘upkeep’ (rent)- whether it’s housing rents, insurance, cable bill, phone bill, or jobs in the low-paying service sector such as fast food. It’s become so cheap to manufacture stuff, that growth must be extracted from services. Decades ago, electronics were expensive, but relatively speaking, services were cheap; now that has been flipped: 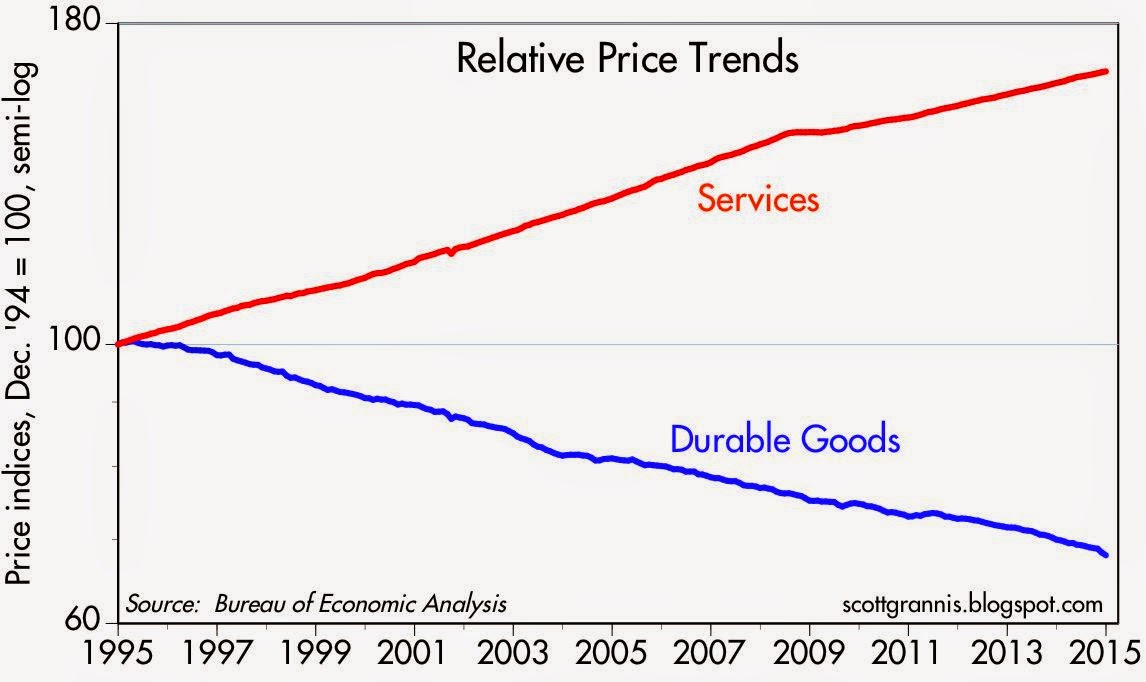 Although the tweet shows a decline for cellphone service, Americans are paying more for phone service (but this could be because they are spending more total time on the phone and using more bandwidth, thanks to smartphones):