Continuing from part 2 about finance:

Trillions of dollars of wealth has been created since the market bottom of March 2009, and especially since 2013, some examples being:

In 2008 and 2009, leftist pundits fondly envisaged a post-America era, where America and its economy would no longer dominate, with perhaps Russia, Germany, Turkey, or Brazil as the new ‘status quo’. Pop-psychology purveyors like Gladwell, Ariely, Taleb, and Daniel Kahneman, rose to fame, whose books promoted ‘leveling‘, in repudiation to the hubris and elitism as embodied by Wall St. and the Bush administration, which so spectacularly, to the delight of the left, imploded in 2008. Then, much to the dismay of the left, America came roaring back as Europe fell into perpetual recession and the emerging economies were broadsided by corruption, stagnation, falling commodity prices, and high inflation. Due to the flight to safety and American exceptionalism, treasury yields are at record low, the dollar is at record highs, and the S&P 500 has posted the highest real gains since 2009 of any major stock index in the world.

Some on the left say America is in decline or losing its influence. Not true, we’re pulling ahead of the rest of the world. Silicon Valley is not only the center of the technology universe, but America’s intellectual institutions are the envy of foreigners and are inundated with applications from the best and the brightest from all over the world. So while the left whines about America having too much inequality and not enough jobs, rich and smart foreigners – whether they are going to Caltech or MIT, working at Google, or buying up expensive real estate – can’t get enough of America.

In 2009, Facebook was only worth $9 billion; it’s now worth over $250 billion. Tesla went from being a prototype to a dominant player in the luxury car market and has a market cap of over $30 billion. Google, Amazon, Apple, and Microsoft added a combined $1 trillion in market capitalization since the 2009 bottom – about the size of the economy of Spain. Web 2.0 was in its infancy; now Snapchat, Uber, Dropbox, and Twitter are worth combined $150-200 billion.

Home prices keep going up, and prices in the the Bay Area have almost doubled since 2011, and I predict prices will keep rising due to huge demand from wealthy foreigners, private equity, and newly-minted tech millionaires, as well as due to limited supply. Thanks to Stanford University, biotech, and web 2.0, the Bay Area is the capitalism and intellectualism capital of the world right now, overtaking Manhattan. Sand Hill Road of Menlo Park, California, is the most expensive street in the world.

Teens, millennials are making thousands of dollars month with social media on sites like Tumblr, Vine, and Instagram; others are making a fortune trading stocks.

Given all this wealth being created, and much more to go, is it any wonder millennials want a piece of it instead of being poor and bitter like a typical ‘black lives matter’ supporter, protesting imagined racism and injustice on deaf ears. Or a ‘social justice warrior’, who sees sexism and oppression everywhere, and is dependent on welfare and Patreon donations because ‘social justice’ is not a skill employers are typically looking for.

That’s why there is so much interest in wealth creation, particularly on high-IQ communities like Hacker News, Reddit, and 4chan, with posts about day trading, ‘YOLO’ (/r/WallStBets), stock market, real estate,and finance getting so many ‘up-votes’ and discussion, and why we aspire to be like Musk and Shkreli, who became wealthy through intellect, hard work, and free market capitalism, not by complaining about ‘wealth inequality being too high’ or ‘the fed being a conspiracy’. Despite the liberal media’s narrative that all millennials are broke and in debt, it’s not too uncommon on Reddit communities like /r/investing to find stories of 20 or 30-somethings, often in technology or the rental property market, who have hundreds of thousands of dollars to invest.

And while the baby boomers had it easy (an abundance of good-paying jobs for all skill levels, generous and early retirements, social security payouts, no mountains of student loan debt), for millennials times are more trying, which could explain why not only so many millennials may have a grudge against the blissful boomers, but also why millennials – possibly the most educated generation ever – are so obsessed with self-sufficiency, intellect, and self-determination – so much so that some will voluntarily choose unemployment than having to answer to a less-intelligent, uneducated superior. 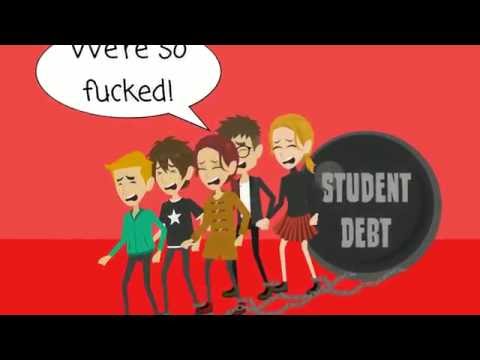 Difficult economic times also call for changing expectations of becoming an ‘adult’, with ‘initiation’ into adulthood being delayed. From QZ.com, The five different paths that people take before they feel like official adults:

A typical pathway was laid out in the early and mid-20th century: exit school, get a job, move out of the parental home, get married, and have children.

While this might be considered the “normal” pathway even today, these transitions do not occur in such a neat and predictable order for many contemporary young people. Furthermore, the time to complete them has become longer.

It is commonplace today for young people to return to school after beginning work, move back in with parents (or never leave), have children prior to marriage, or work in less secure part-time jobs.

That pretty much sums it up about millennials: Overeducated, overqualified for most jobs, and lots of introspection and time spent in mindfulness. Not as much interest in family formation or marriage. I would also add: posting online on sites like Tumblr, debating crime and gun statistics, a keen interest in quantum physics and other obscure complicated stuff, and trying to ‘get into’ the stock market and finance despite being cynical about ‘corporate America’ and not having any particular use for the money (because they tend to also be minimalists).

As explained in the post Adulting, the idiosyncrasies of millennials may be a way to adapt to a culture and economy that rewards individualism, in addition to a more competitive, difficult economic environment:

Rather than waste precious years in a dead-end job, millennials would rather self-actualize by trading, investing, posting videos and vines online, learning to code and other high-paying skills, occasionally making huge fortunes in the process. On Reddit here is an example of someone who a couple months ago turned $18k into $135k in two weeks. Such stories are not too uncommon. And there is there the article earlier about ‘Tumblr teens’ making more money than their parents.

Related to the synthesis of wealth, intellectualism, and individualism, millennials want to be wealthy and they care a lot about stocks and personal finance, but they eschew ostentatious materialism, preferring wealth as measured by a bank statement or a trading account, not a big home or a sports car that depreciates as quickly as it accelerates. Finance has become more important than family. Millennials, in channeling, either subconsciously or intentionally, the matriarch of individualism and self-interest, Ayn Rand, aspire to be like Musk or Zuckerberg, or Warren Buffett – individuals who became wealthy through intellectualism and individualism, not swinging a stick for a ‘team’ or parroting lines to a camera. As I will explain later, intellect, especially in STEM – which includes finance, philosophy, and economics – gives you ‘social capital’ (even if you’re not wealthy) more-so than just being rich and dull. Few take the opinions of actors and athletes on important matters seriously, but they (the media) constantly defer to scientists and economists on important matters. Millennials understand this distinction.

To millennials, wealth is is not measured by how many ‘toys’ you have. Rather, it’s about wealth in a bank account, as well as ‘cognitive wealth’ and ‘social capital’.

As mentioned earlier, personal responsibility ‘the self > the collective’ is a major theme of post-2008 society, with individuals (whether through low IQ, bad choices, majoring in a low-ROI subject instead of STEM, being dumb, etc.), not the marketplace or society, to blame for failure. People who blame the the government, Wall St., bankers, and the fed, for losing money and being failures at life get no sympathy online. Blame yourself. The market is not rigged; it’s actually very efficient and rational. Instead, buy index funds. Stop being a sore loser who whines about manipulation and bubbles as others are getting wealthy, or maybe you’re not smart enough to make money. In much the same way rationalist millennials reject deities and other apparitions, they rightfully reject fed ‘conspiracies’, wishful thinking, ‘doom and gloom’ (eschatology), allegations of the stock market being a ‘fraud and a bubble’, and other delusions. They also tend to be pragmatic, consequentialist, and utilitarian, arguing that policy, even if it’s unpopular (such as bank bailouts, tax cuts for the rich, or eugenics), that creates the most wealth or ‘good’ indirectly is desirable over policy that doesn’t (excess welfare spending, disability, etc.) but otherwise ‘feels good’ (naturalistic fallacy).