With the Nobel Prize nominations in the news, the alleged ‘dumbing down’ of America is mostly anecdotal, like an old wives’ tale regurgitated by liberal pundits until many hold it to be truth. For example, America leads the world in Nobel Prize laureates, and this is most evident in the high-IQ science categories: The United States has won more Nobel prizes for physics, chemistry, physiology or medicine, and economics since World War II than any other country, by a wide margin

And from Arxiv last week, a high-IQ repository of research: BULK LOCALITY FROM ENTANGLEMENT IN GAUGE/GRAVITY DUALITY. The location? Chicago. Not China or Europe, but America. Thousands of physics and math papers are produced every year at leading American research institutions like Caltech, MIT, Harvard, Stanford, and so on. It’s not surprising America has the highest per-capita research output of any country:

And America has the 3rd highest research and development (R&D) spending per capita in the world, bested only by Korea and Israel.

Per-capita, the US continues to lead the pack in patent applications: I can understand why some people get mad that STEM academics make a lot (if $60-120k is ‘a lot’) of money, especially taxpayer money, but here is the ‘unfair’ reality of how the modern world works: governments, corporations, and colleges like to give smart people free stuff. Why? Because those are the people who create the most economic value, so investing in them is a good idea. Maybe it’s not fair, but little in life is. They are the people who create innovation and jobs, which in turn grows the economy. In addition, smart people also make more money, which means more money for Uncle Sam. Here’s that Pareto Principle again: the top 20% of earners pay 84% of income tax, and the lowest 20% of income earners have a negative effective tax rate: 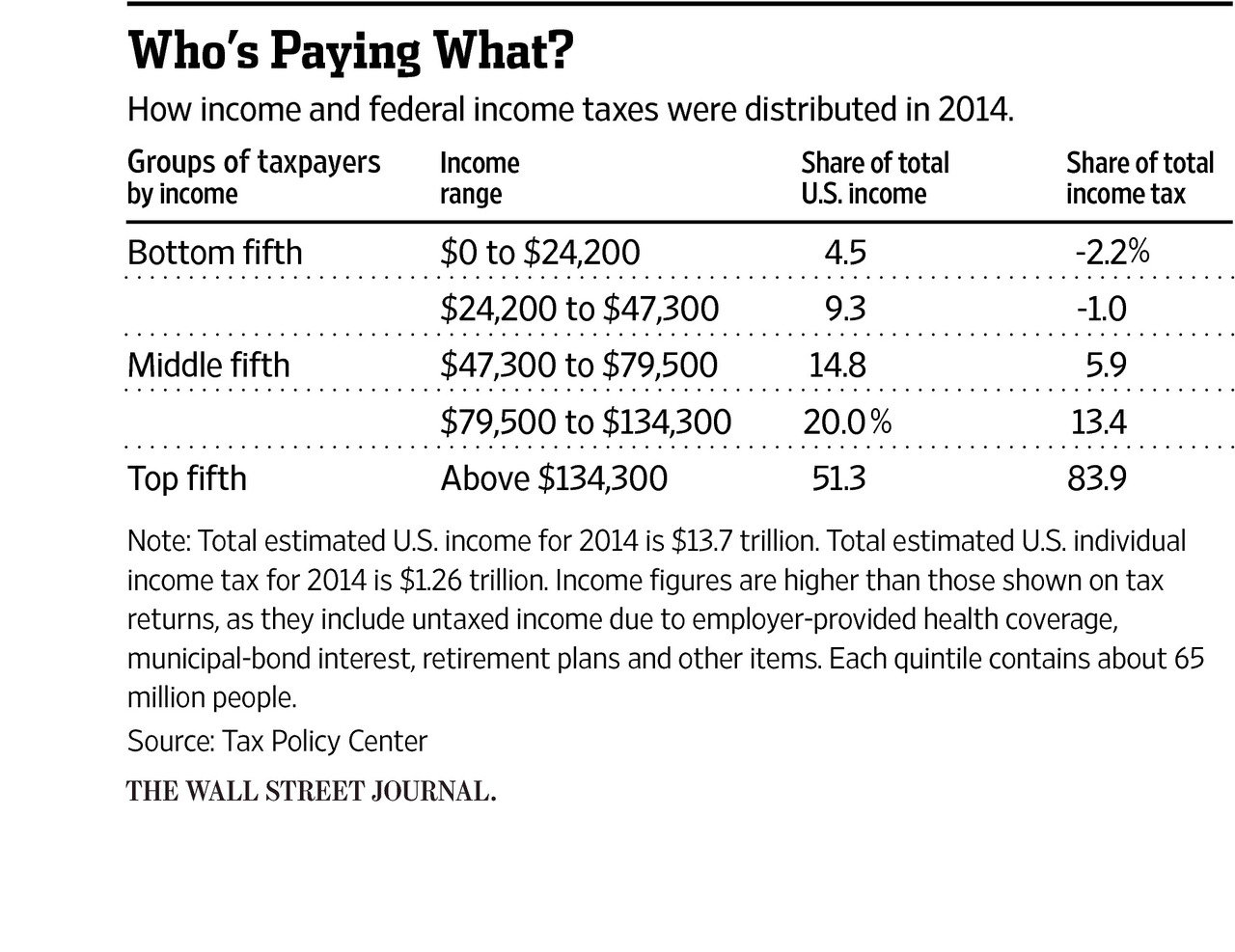 Or to quote professor George Reisman, “…highly productive and provident one percent that provides the standard of living of a largely ignorant and ungrateful ninety-nine percent…The wealth of the 1 percent is the overwhelming source of the supply of goods that people buy and of the demand for labor that people sell…The wealth of the rich is not to be found in a huge pile of goods from which only capitalists benefit, but in the means of production that benefit us all.”

This is not an argument for open borders, but the economy benefits by opening the door to high-IQ people from all walks of life, and then offering economic incentives for smart people to innovate and create.

Or, to put it Keynesian terms, investing in smart people has a higher multiplier than investing in low/average-IQ people.

Related: No Love For The High-IQ Basic Income