For years, the left has insisted that college, like the stock market and housing, is a giant bubble that is on the verge of popping. Like many predictions of doom and collapse, the left’s track record on these matters is awful as evidenced by this Google search of failed predictions from 2005-2007 of a ‘college bubble’. This is no different than the leftist hysteria over global warming; when the said warming fails to materialize, they shift the date to the right. Going by 1970’s predictions, NYC should already be flooded; so much for that. These gloomers fail to understand or ignore the economics that are driving higher prices, such as the surging post-2008 college wage premium. From the New York Times: 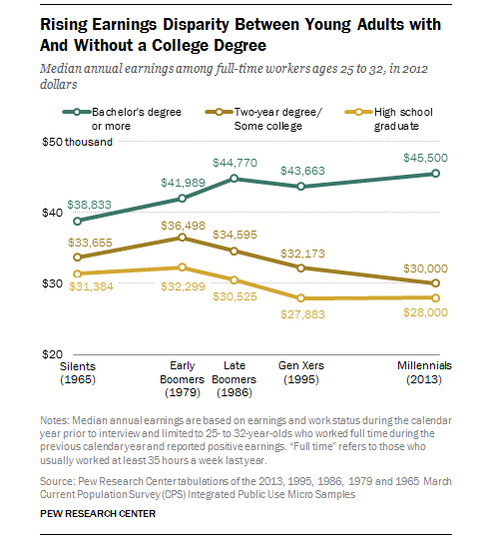