Seeing some potentially good news for the economy and stock market: oil and gas prices are surging, tensions are rising in the Middle East, and Obama’s polls are falling to new lows. The former is probably contributing to the later because voters will blame democrats for pain at the pump.

I kinda hope things get worse in Iraq so that defense stocks rise in anticipation of intervention and oil and gas prices go up; this will enrich speculators, create wealth, and make Obama look more incompetent than he already is – assuming that is even possible.

$120 oil and $4.5/gallon gas will help the economy by forcing consumers to spend more on energy. Gas, TVs, or groceries – it all goes into consumer spending and GDP. This is the ‘bifurcated inflation’ we wrote about a few months ago because treasury yields refuse to budge even as gas and oil rip higher. 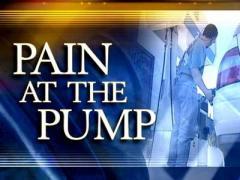 The dow will hit 18,000 and consumer spending will keep being blowout even as oil crosses $130 and gas goes to $4.4 a gallon, guaranteed. Obama’s polls will fall, which will also help stocks because Wall St. wants the the liberals to lose.

Liberals will spread doom and gloom about pain at the pump being bad for the economy when there’s not a shred of empirical data that suggests it is.

Record high domestic oil production and fracking won’t make a debt in prices, sorry. Prices keep going up because of endless global liquidity, forever low interest rates, speculation, and markets being in ‘risk-on’ mode. To make prices go down we would need extreme fear to return.

As always, free market capitalism is still the best path to prosperity. Sometimes, an uneven economic recovery is better than none.