In other words, our polarized labor market isn’t getting any less so. The Cleveland Fed points out that routine jobs disappeared during the Great Recession, and haven’t come back during the not-so-great-recovery — which partly explains why our economic upswing, such as it is, has been much less dramatic for the least educated.

In the smartist era, people are paid for the value they create. As it turns out, smarter people tend to produce more value, so they are paid more. Beyond income, they are also wealthier in terms of assets like real estate and stocks. That’s just the reality of the situation. The reason why intellect has become so valued in today’s society is because – especially after the marginalization of the blue-blood Ivy League elite, the unstoppable progression of globalization and automation, the dissolution of unions, and the influx of smart foreigners – the correlation between IQ (and its proxies like the SAT) and socioeconomic achievement has never been greater. Ordinary people – those who don’t even study the stats on this stuff – tacitly know it’s true. That’s why stories pertaining to Ivy League education, standardized testing, IQ, and labor related economics in the New York Times or any major media publication have so many comments because these are issues that directly affect everyone. They are as inescapable as the air we breath. Parents know their children’s future will be determined less by appearance or class, but by test scores and academic achievement, so they are trying to get as much information as possible on these subjects to give their kids an edge in today’s super-competitive meritocracy. When you read stories of companies like Uber being valued at $18 billion, Snapchat at $3 billion, or AirBNB being worth $10 billion, you can be sure all the people that are involved – from the founders to the investors – are all in the top 1% of intelligence and now the 1% of wealth, too. The story of American capitalism in the past five years (since the market bottom of 2009) has been about rich, smart people getting richer or smart people becoming rich, and that’s the way it will remain in the future, like it or not.

In our value-centric economy, people will be employed for the value they create, whether or not they work hard; although hard work is important, it’s just not as big of a factor as value. You could be working hard, but if your job or industry doesn’t create value, you will eventually be out of a job. For example, government employment is well-off the highs: 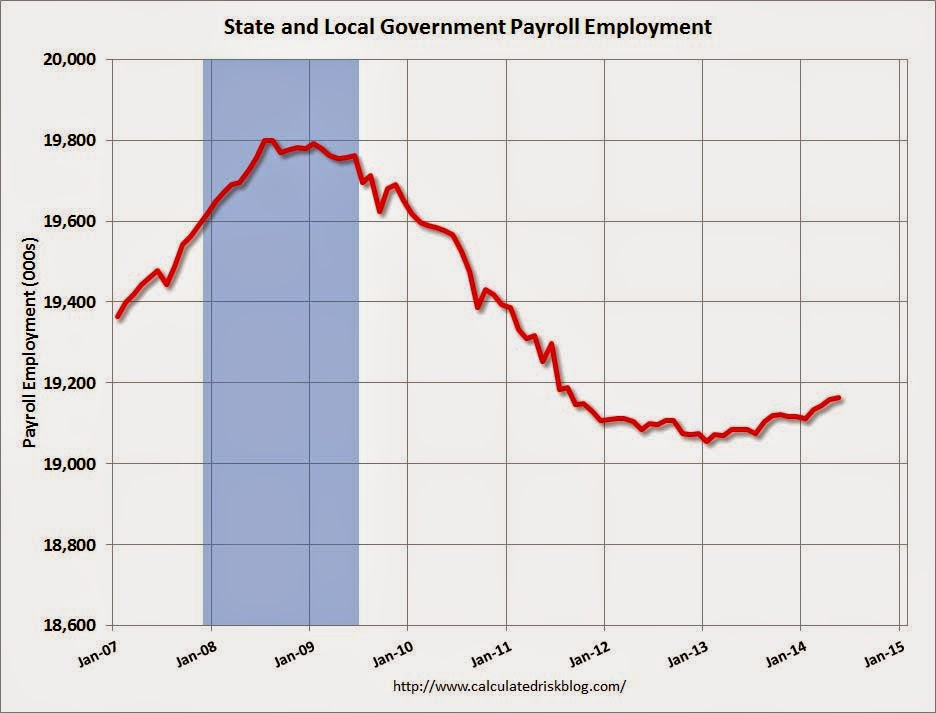 A lot of these jobs weren’t creating value and or were redundant and rightfully had to go.