Stocks keep going up. Anyone that bet against the market due to tapering has lost money. We’re still in a Goldilocks zone where any good news is good and bad news means more QE. Dow 20,000 soon. The we are doomed subset is still vocal on sites like zerohedge and business insider, their shrill cries for crisis and recession ignored as stocks keep plowing higher.

Evoking the No True Scotsman fallacy, the left says the banks would fail a ‘true’ stress test. We implore these libs to short Citigroup, Bank of America, Goldman and Aig. Funny how you have all these experts that allegedly predicted the crisis in 2007 and not one made money from it, except for perhaps John Paulson and a few others. There have only been two major US financial crisis in the past 100 years: 1929 and 2008. The odds are stacked against failure.

Liberals usually assume democratic control of the major branches of the government as being optimal for creating economic growth and stock market gains, citing the Clinton years or the New Deal and the Great Society. They ignore, however, that the Clinton surplus ended in a recession and, furthermore, stocks perform better under gridlock as shown below. Secondly, just because liberals presided during periods of prosperity doesn’t mean a republican controlled government wouldn’t have done a better job. The crash of 2007-08 skews historical market performance favor in favor of democrats. Had Bush been granted two extra terms, the bull market would have not only happened, it would have been much stronger without the headwinds of Obama’s regulation. The economy and stock market is booming in spite of liberalism, not because of it. We can thank TARP, the tireless consumer, the free market, and the Bush tax cuts. The stimulus, however, was ineffective. It’s only a coincidence the 2009-present bull market coincided with Obama’s presidency. Bush, not Obama, deserves credit for it.

We would even surmise that stocks would perform even better under republican control of all three branches, with filibuster proof super-majorities. This is because the GOP is the party of wealth creation by giving the free market autonomy, while the libs are the party of wealth spreading and regulation. As a caveat, not any republican will do. The GOP needs to return to being the pragmatic party, like under Reagan and G.W. Bush, instead of the fiscal hawk party. Fortunately, the primary process is effective at weeding out the extreme, un-electable candidates. A combination of a solid GOP candidate, economic weakness in 2016 and or a sudden, large unexpected rise in gas and oil prices before the election could help the GOP secure the oval office.

Clinton, to his credit, passed NAFTA, welfare reform, and the Gramm–Leach–Bliley Act, but a republican would have done the same; after all, Bush passed CAFTA and supported the Dubai Port Deal. In many respects, Clinton adopted an economic policy that would be considered neo conservative today. Same for Larry Summers, who has taken a lot of heat from the left for endorsing deregulation and his controversial, but correct, comments about women being less represented than men at science due to “Differing availability of aptitude at the high end”.

But what about the argument that increasing wealth concentration among a few is bad for growth, necessitating redistribution to encourage consumer spending? There is not a shred of economic data that suggest rising economic inequality is hurting economic growth; furthermore, we have debunked the Marxist self-limiting capitalist critique on numerous instances on this blog. Consumer spending keeps going up. 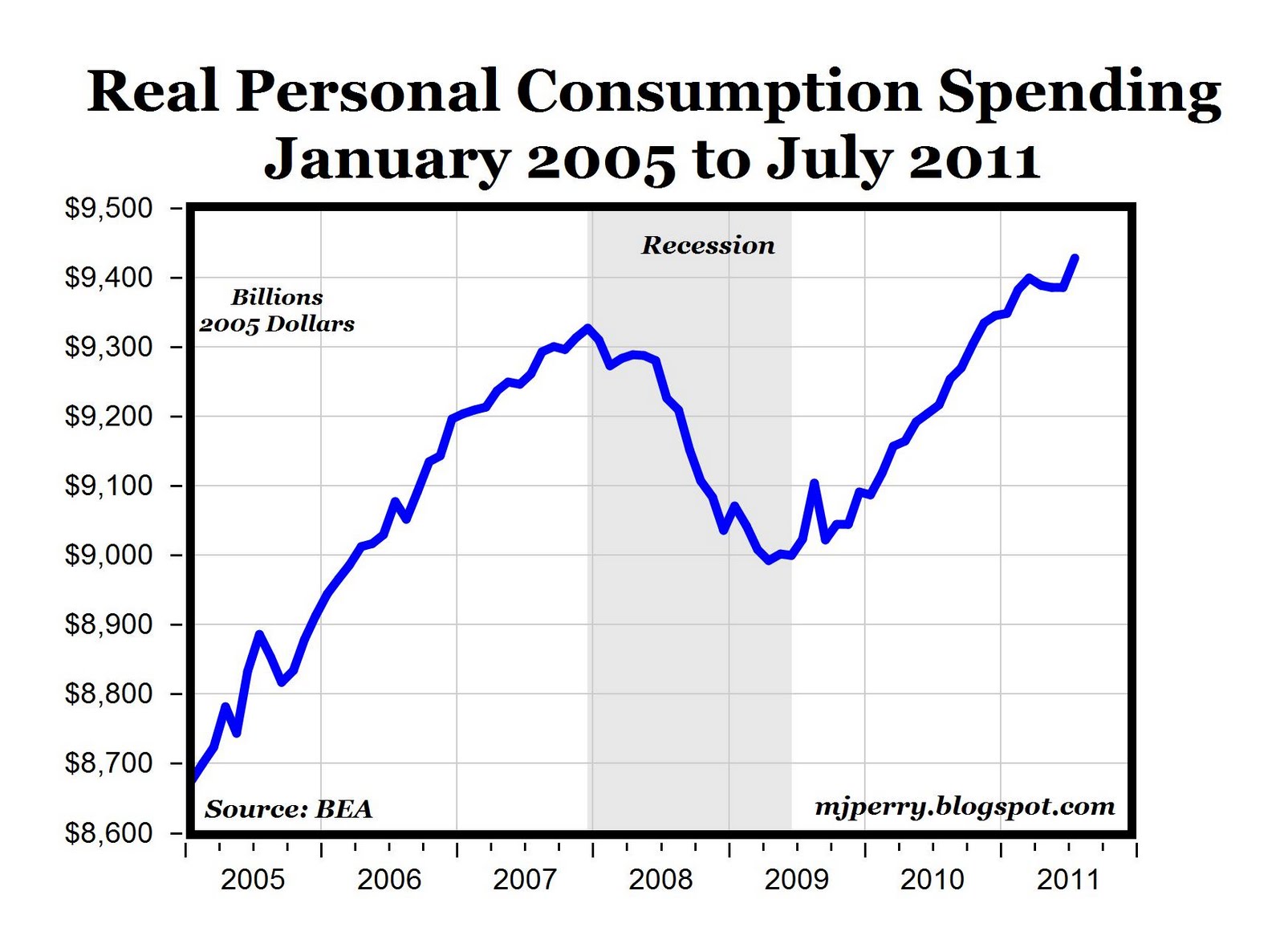 Also, stocks have always responded favorably to republican-lead policy like tax cuts, bank bailouts, and defense spending versus democratic proposals like stimulus and regulation. If the market is supposed to be a leading indicator, it’s interpreting supply-side economic as being better for growth than what the democrats have to offer. Let’s not forget it was the libs that exacerbated the banking problems in 2008 to get Obama elected and punish the rich. They tried to incite bank runs and crash the stock market.

The collapse of Indymac bank, the second largest bank failure in American history, began with a letter from the office of Senator Charles Schumer on June 27. He questioned the viability of the bank. When a senior senator who is in a number of influential posts regarding oversight of bank regulators directly attacks the confidence of a depository institution, it matters. Not surprisingly, the director of the Office of Thrift Supervision concluded that the collapse of the bank immediately following the Senator’s comments was not a coincidence. Director Reich concluded that Senator Schumer had ‘given the bank a heart attack’.