Chisala’s argument hinges on the assumption that the GCSEs are a suitable proxy for IQ. The SATs, especially the pre-1995 version, are known to be a good proxy, which is why many high-IQ societies use pre-1995 SAT scores for admissions purposes, but are the GCSEs of equal or even superior predictive value? Likely not.

In terms of precision at identifying exceptional, rare talent, the SAT (older versions) is like a Da-Vinci surgical robot whereas the GCSEs, by comparison, are like one of those crude carnival claw machines. The GCSEs are a joke. Did the author or anyone else even bother looking at them? I did. Here are two of the ‘hardest’ math GCSEs I could find:

Here is a screenshot of questions 1-3, from test 3: 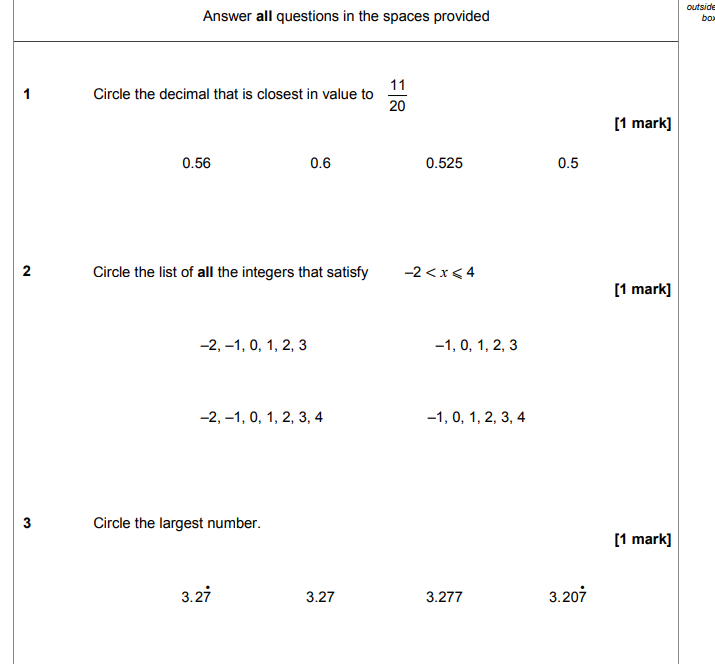 Admittedly, the questions get somewhat harder as the test progresses, but these are the ‘highest tier’ math questions, so they are supposed to be difficult.

Only the last question of the first test required some thought to mentally construct the solution.

Many of the questions are ridiculously easy and cover material that even I learned in 7th grade algebra and pre-algebra.

Although the GCSEs and SATs involve the same level of math (basic algebra and geometry) ,the questions on the SAT are worded in such a way that subtlety and intuition are more important, which makes the SATs more difficult and a better predictor for IQ, and also better for identifying top talent. Math SAT questions are heavy in counting and combinatorics, which requires an understanding of how to quickly arrange and organize data and avoid double-counting. The hardest of the math GCSEs have a lot of plane geometry, trig, and ‘plug and chug’. These questions, may, technically, require more advanced math, but conceptually are easier to solve.

In response to one of many objections, Chisala, in the comments, writes:

My point is that there are other issues that will arise even if we move on to A-levels, which is why I want to exhaust the GCSE issue. If you do have research showing GCSEs have low correlation with IQ, please share them. I will be *very* surprised if this is true even when you just take math and/or English. If it is not true for those two taken separately, then it is another red herring.

Chisala is being intellectually dishonest and engaging in the argumentum ad ignorantiam (appeal to ignorance) fallacy. The lack of such research of low correlation does NOT prove they are of predictive value and that Chisala is right. It is also possible that it is impossible to make a determination either way. I would wager based on the sample tests above that the GCSEs are of much lower predictive value for IQ than the SATs or the subject-level SATs. And given that many would object to the SATs as being predictive of IQ, the burden of proof on Chisala’s part is even higher.

Also, Chisala is avoiding discussing the harder A-level exams, probably because the results are less favorable to his thesis. Indeed, when A-level results are broken down by race and ethnicity, the results are similar to that of the SATs in the US, with Asians and Whites scoring highest and Blacks at the bottom: 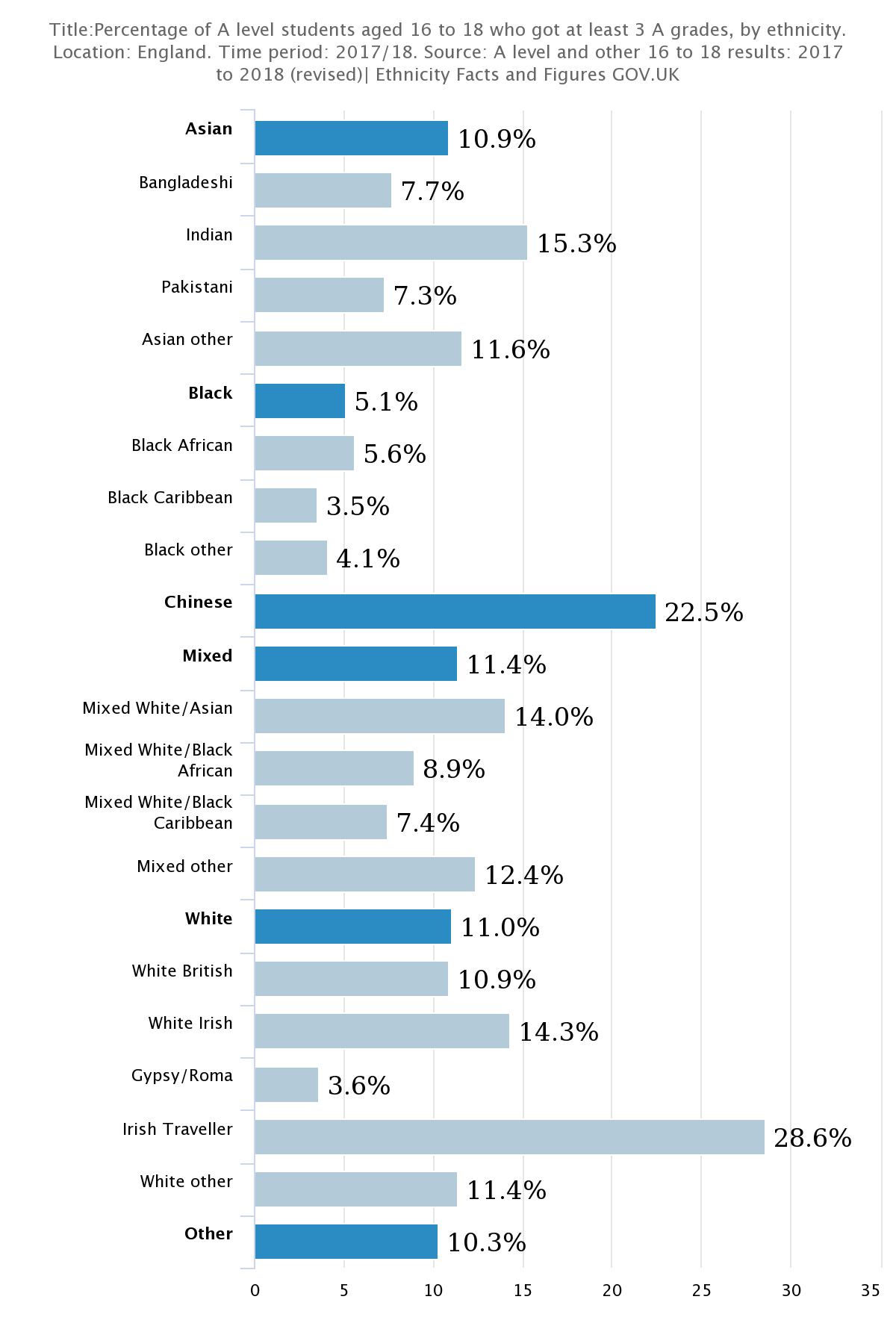