Below is the infamous ‘spark plug pattern’ for Bitcoin, named after its resemblance to a spark plug, in which there is a sudden rise–but then it sorta ’rounds out’ for a short while, before falling rapidly: 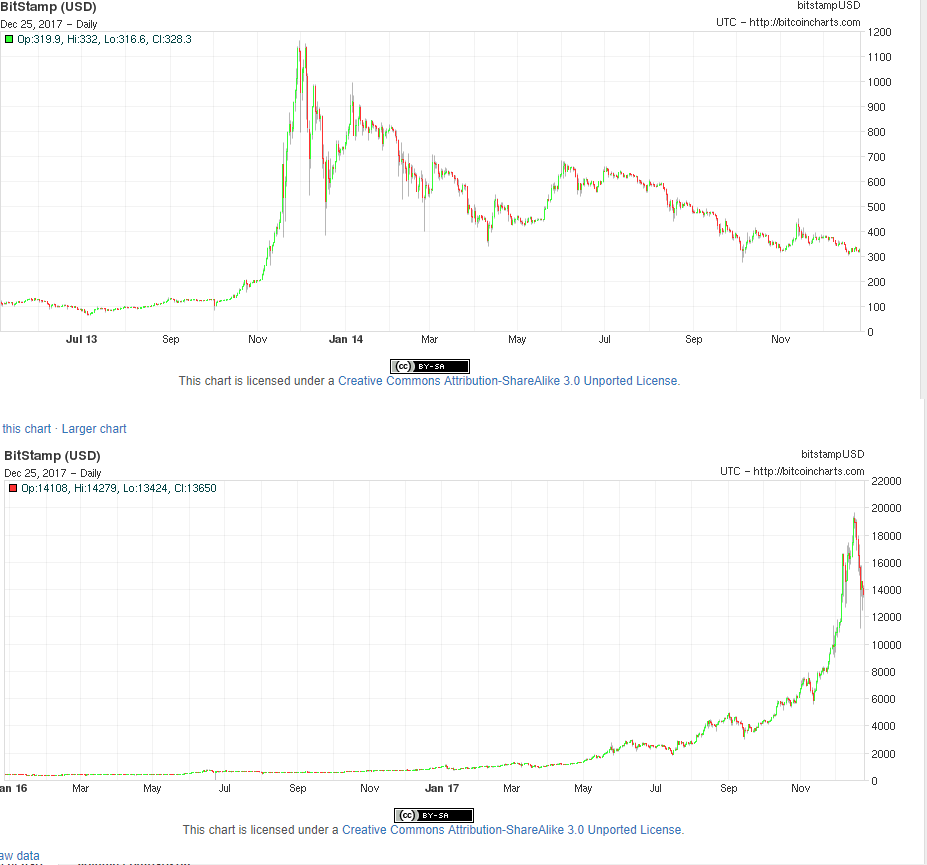 The justification for technical analysis is that human emotions manifest themselves visually through stock charts, and because human emotions follow a greed-fear cycle, so too should prices. At least how it should work, in theory. Easier said then done, obviously. The reason why technical analysis does not work well for most stocks and the S&P 500 is because indexes and large companies are driven by both emotion, but much more importantly, by underling fundamentals. So Google stock, for example, may flash a ‘bearish’ chart formation, but if the fundamentals are seen as improving (for example, if a hedge fund is optimistic about the business fundamentals of Google, irrespective of the chart or human emotion), then the pattern may be nullified. But bitcoin is much more in the realm of speculation, than having underling fundamentals that can be ascribed to it. There is some fundamental value, such as being a store of value and so on, but how much is hard to know, obviously. This makes technical analysis more applicable to bitcoin than for stocks.