Women who are smart have a tendency to to not choose STEM fields: 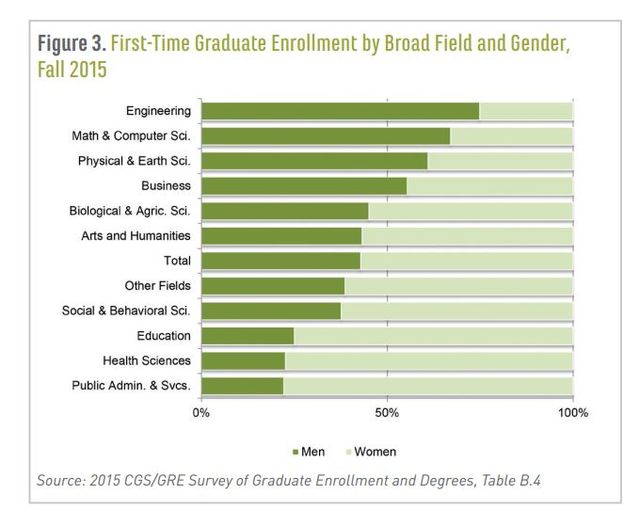 Lo and behold, there is not “pervasive evidence of” a gender gap in graduate enrollments, though there is a gap in some STEM fields. Completely consistent with the work by Su et al and by Wang et al, in nearly all fields that are about people, not only is there no gap disadvantaging women, there are actually more women than men! (Health, education, social and behavioral sciences, public administration, arts and humanities, and even biological sciences). The same report found that, overall, across all fields, the “gap” is in the “wrong” direction: 57 percent of enrollees in graduate programs are women.

The most commonly cited study (Moss-Racusin study), which shows some bias against women, is by far the weakest study and methodologically flawed.