If you pay attention to the financial media inevitably you’ll come across unsubstantiated musings disguised as rigorous analysis about China’s economy being ‘fake’. But the funny thing is, you never hear similar stories about Brazil’s economy being fake, or about Turkey or Russia’s economy being fake, but China is a favorite target by the doom and gloom left for reasons I explain here. This is in spite of the aforementioned economies doing much worse than China. It’s Brazil, Venezuela, Russia, and Turkey with weak, fake economies and currencies, not China. It comes down to envy and jealousy: the left resents China’s huge post-70’s success after switching from market-communism to capitalism. I guess being ‘pro diversity’, according to the left, doesn’t apply to high-achieving groups. The left hates winners and loves losers. That’s why the left keeps spreading FUD about a China bubble and and ‘fake data’, why the left attacks Silicon Valley for ‘lack of diversity’, why the left attacks the rich, and why the left chooses feminism over masculinity, dindu nuffins over the police, Islam over Christianity, and special education over gifted education.

The doom and gloomers have been regurgitating the same China conspiracy theories since 2005, and meanwhile China’s economy and stock market have boomed. Maybe it’s fake, but so are many things. Hell, even the universe may be fake if we’re living in a computer simulation. I think it’s safe to give China the benefit of the doubt. If it were fake, how would you explain all the huge sales Apple has reported in China? Or the huge growth in exports and imports to and from China? Or rich Chinese foreigners buying hundreds of billions of dollars of expensive American real estate? 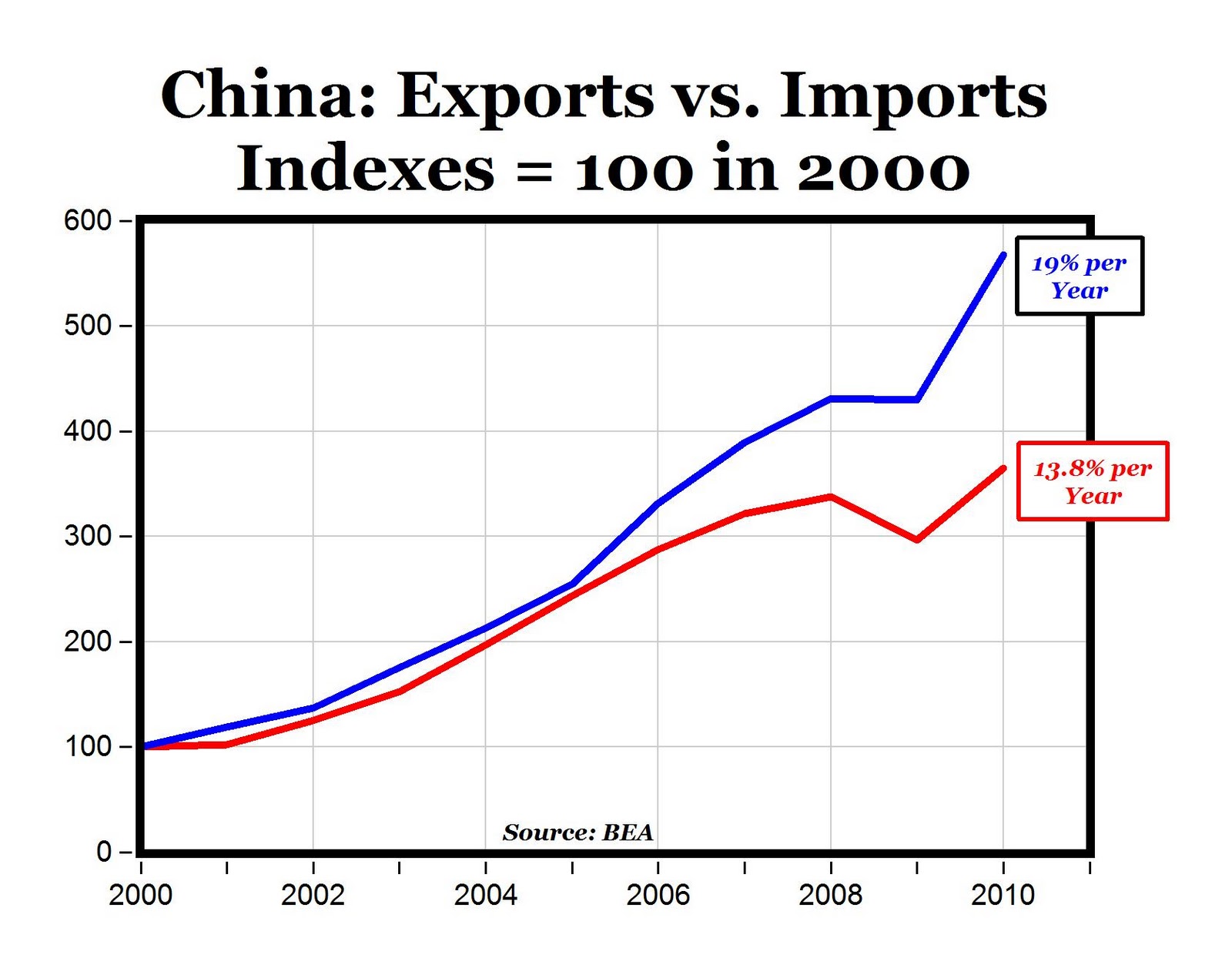 For China’s data to be fake, it would also imply that S&P 500 companies like Apple that export to China are also reporting fake earnings data. When you raise this point, the left has no rebuttal. Not only that, but given the multi-decade growth of China exports & imports, it would be one of the longest-running frauds ever in addition to the biggest.

Obviously, there is wealth and economic growth being created in China, even if we can’t trust the numbers with 100% certainty, but, then again, few things in life are ever certain except, to quote Benjamin Franklin, death and taxes.

Also, some say China’s GDP is 5-6% instead of the purported 7%. So what. Calculating GDP is more of an art than a science, anyway. Even US GDP numbers have large margins of error and multiple revisions.

But the foreign markets, with the exceptions of China and Hong Kong, are bad investments and make good hedges against a long S&P 500 position.